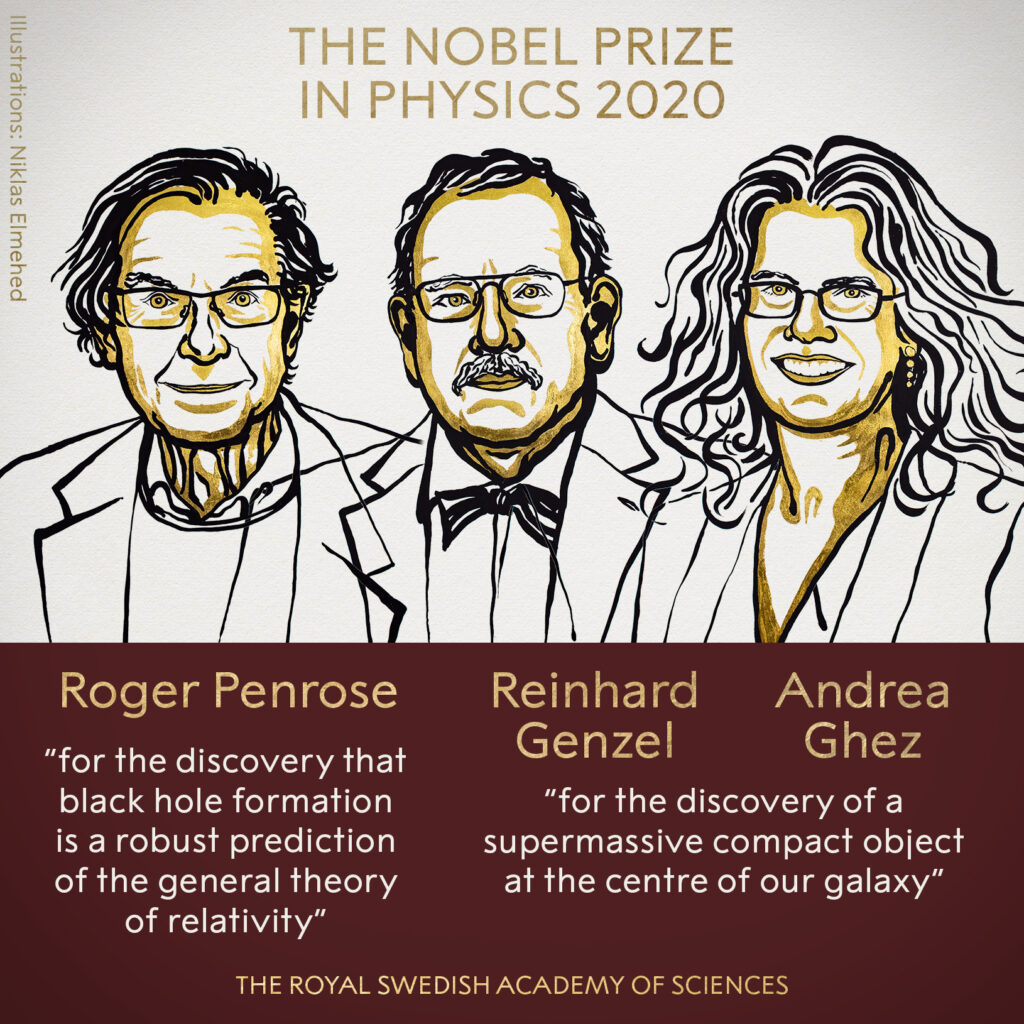 The 2020 Nobel Prize in Physics was awarded to Roger Penrose, Reinhard Genzel and Andrea Ghez for their new findings about the space phenomena known as black holes.

“The discoveries of this year’s Laureates have broken new ground in the study of compact and supermassive objects,” David Haviland, chair of the Nobel Committee for Physics, said in a press release.

One half of the award was presented to Penrose who is a professor at the University of Oxford. His earliest breakthrough came in 1965 when he demonstrated that black holes can form and gave a detailed description of their structure. His article on this discovery went against Albert Einstein’s belief that black holes do not exist, which is encompassed in the theory of relativity.

And yet Penrose’s contribution to the theory of relativity is still as highly regarded as Einstein’s.

University of California professors Genzel and Ghez jointly accepted the other half of this year’s Nobel Prize. Since the 1990’s they have studied the center of the galaxy and the Milky Way alongside other astronauts.

The decades-long work of this year’s Laureates is only the beginning to our human understanding of black holes and the entirety of space.

“But these exotic objects still pose many questions that beg for answers and motivate future research. Not only questions about their inner structure, but also questions about how to test our theory of gravity under the extreme conditions in the immediate vicinity of a black hole,” Haviland concluded.

To learn more about the Laureates and their research on black holes watch the video below: