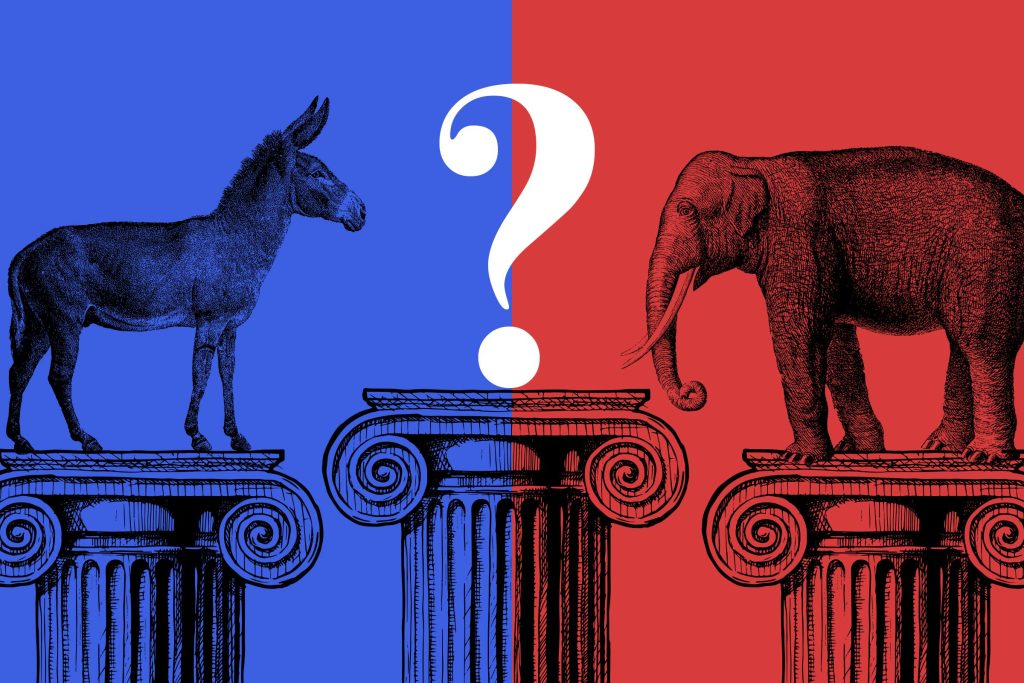 It’s July 28th. A new political party released. A group of Republican and Democratic officials is pushing for America to move forward by creating an additional party called “Forward“. According to CNN, it’s what they call the “moderate, common-sense majority.”

Political parties are a common topic when it comes to politics and voting. It’s something that people categorize and judge you by.

If you’re a republican, you are “right-leaning”. Often referred to as the Grand Old Party with an elephant as the logo. Republicans traditionally like low government interference, privacy, and traditional values. The Democratic Party is “left-leaning”. They have a donkey logo. Democrats believe that a powerful government can result in equality for all. The Independents are left out of the left and right-leaning. They stand on their own. To pursue common ground according to Reuters, the group says the biggest issues facing America will be solved Not Left. Not Right. But Forward.

WHO IS THE GROUP?

WHY CREATE A NEW PARTY?

The group believes the major parties are taking this country backward. They create a unifying, anti-extremist party. The party will move things forward.

WHAT WILL THE PARTY STAND FOR?

According to the party’s website, Forward’s three priorities are to revitalize a culture that celebrates difference and individual choice. Provide a flourishing economy and open society, and reform the republic to give Americans more choices.

WHERE DOES THE PARTY GO NEXT?

The party is seeking to launch a national building tour this fall to hear from voters and begin laying the groundwork for expanded state-by-state party registration and ballot access, relying on the combined nationwide network of the three organizations. It plans to gain legal recognition in 15 states by the end of 2022, twice that number in 2023, and in almost all U.S. states by the end of 2024. The Forward party is planning a national convention in the summer of 2023 and will seek ballot access to run candidates in 2024.

Just a small-town East Texas woman with a global vibe. Believer of Christ, business owner, journalist, and broadcaster with degrees. I believe in the words of Geraldo Rivera ...“The courage in journalism is sticking up for the unpopular.” After all, there is only one you and that’s what the world needs.