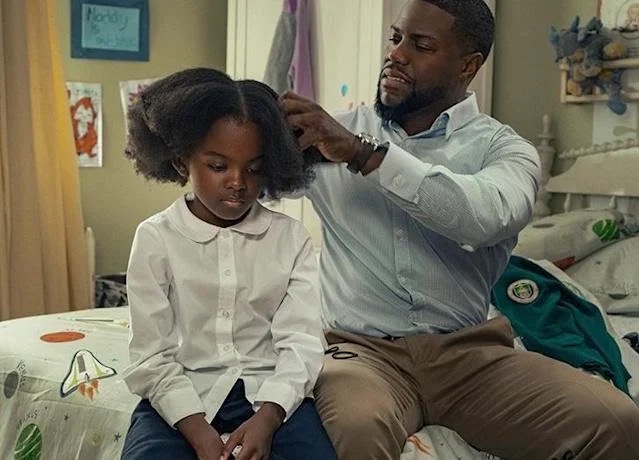 After celebrating Father’s this weekend and checking out Tobe Nwigwe’s interview with Ebony where he expands on fatherhood, especially Black Fathers, Funny man, Kevin Hart, took his aim at displaying Fatherhood, in Netflix’s original movie, of the same name.

In the movie, Hart shows us a different side of him. Hart plays a single father to little Maddy, played by Melody Hurd, after his wife and Maddie’s mom, passes away on the operating table after giving birth.

“A lot of the scenes were real tear jerking and real emotions that I had to pull from,” Hart said in an interview promoting Fatherhood with radio show, “The Breakfast Club”.

Hart continued by saying the movie, based on  a true story about a African American man who loses his wife soon after welcoming his baby girl was, thus far, his best performance as far as his film career goes. 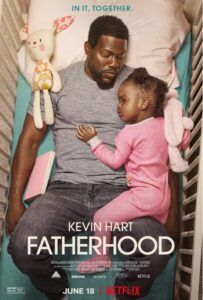 “It was great because [in movies] we often see black fathers, in jail or on drugs. And in this movie you see a black man, a father, dealing with his new harsh reality, raising his daughter and showing a different side of a black man, that we don’t often see in movies when it comes to black men and black fathers,” Hart described to Charlamagne, Angela Yee and DJ Envy on TBC.

Alfre Woodard, think Clemency, Marvel’s Luge Cage, also seen in the movie brought her usual tough, but loving, mothering to the film, furthering it, making it feel even more familiar and just a good, much-needed, must-watch movie on raising children, on black love and black families.

The movie has already shot to a #1, according to Netflix’s trending’s. Further proof that depicting and highlighting  black men in this light is necessary and such a welcoming topic that is crucial, to us and for us.  Truly this is a must-see for black men, fathers. families and frankly everyone! Do not wait— watch now! And notice the emotions and conversations it brings to the forefront regarding black families and it’s many dynamics.