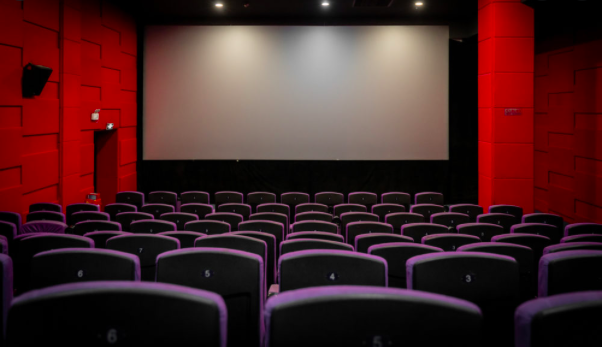 With his wife and little daughter, a former Confederate marauder tries to start over on a Texas dirt farm. He quickly discovers that the past does not always stay buried.

The Conjuring: The Devil Made Me Do It

Based on the true case files of Ed and Lorraine Warren, the Warrens investigate a murde they believe is due to demonic possession. This is the 8th movie in the Conjuring franchise.

Fred travels into his past both practically and metaphorically after a fortuitous encounter with a man from his adolescence.

Under the Stadium Lights

Based on an inspirational true story, the state championship was won by a small town high school football team that defied all odds. After a humiliating loss to conclude their previous season, the Abilene Eagles were written off as title contenders. The Abilene Eagles will soar once more in this inspiring underdog story, this time in an astounding comeback that will go down in sports history.

A young boy discovers that a well-known superhero, who was assumed to have vanished twenty years ago following an epic battle, may still be alive.

Three teenagers from Los Angeles, all of whom had difficult childhoods, unleashed a riot across the city over the course of 48 hours, unconstrained by social conventions. They take us on a wild voyage across Los Angeles, full of drugs and murder.

Also Available on Digital and OnDemand on June 4th

Just outside the 181st Street metro station, the scent of a hot cafecito lingers. Usnavi, the charming and captivating bodega owner, saves every penny from his daily struggle in the hopes, dreams, and songs of a better life.

When Enid, a film censor, uncovers an unnerving horror movie that speaks directly to her sister’s disappearance, she vows to solve the mystery surrounding the film and its mysterious maker — a mission that will blur the borders between fiction and reality in horrifying ways.

Richard Pace, a known thief, is caught up in an elaborate gold theft after being recruited by a crew of unusual criminals. The robbery threatens to have far-reaching effects on his life and the lives of countless others.

A woman confronts a clique of mean-spirited women and an ardent widower after reluctantly consenting to relocate into a senior’s home.

Also available on On Demand on June 11th

The House Next Door: Meet the Blacks 2

When best-selling novelist Carl Black returns to his old home with his family, he must band together with strange neighbors to fight a pimp who may or may not be a vampire.

As they try to save Darius’s wife Sonia, bodyguard Michael Bryce maintains his friendship with assassin Darius Kincaid.

To exact vengeance on Dom and his squad, Cipher enlists the services of Dom’s younger brother, Jakob.