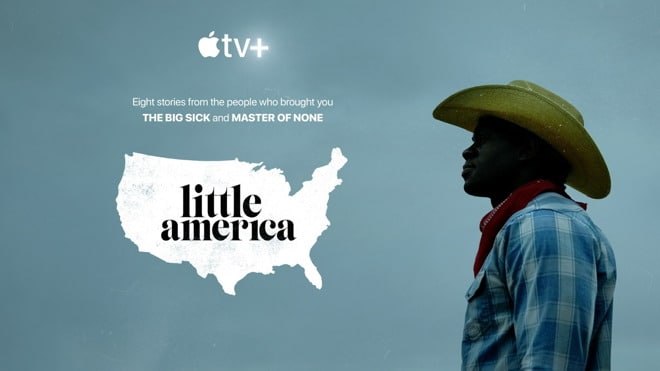 not alone when I say, “What else is there to watch?”.  We’ve done watch everything from cat memes, to slap fest to Tiger King. We have used up every free 7 day trail we could get our hands on, only to forget to cancel the subscription before the charges start and now we are paying for it, literally. But it is a small price for endless entertainment during a time that entertainment feels pretty essential.

Check out our entire Must watch list for more must see shows and movies.

This one comes from Apple TV- Little America 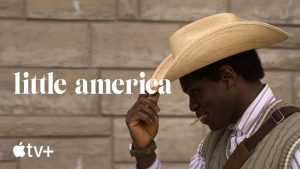 Let’s start with some laughs. Little America, starring lead actor Conphidance, you may recognize him from Ice Cubes Movie Fist Fight, didn’t see it? It’s okay no one did and the ones who did were have preferred to be in an actual fist fight, with Mike Tyson.

Little America is a comedy inspired by the true stories featured by Epic Magazine. This film will look at the funny, be it romantic, heartfelt, inspiring, and surprising stories of immigrants in America at a time they are more relevant than ever. Episode 1 follows Kabir, after the deportation of his parents he is left to run the family motel at the age of 12 years old.

The cast seems like an enjoyable one, with familiar faces such as Zachery Quinto, from the Chris Pine led Star Trek reboot in 2009 and 2013, as well as Heroes and Hotel Artemis.  Haaz Sleiman who is casted in Marvel’s The Eternals is also in this series.

My level of anticipation for this one is a cool 6 out of 10.

It is currently sitting at a nice 94% on Rotten Tomatoes for those who you that track that sort of thing.

Sapphire White is a world-traveled, communications professional from Maryland. This ambitiously driven lover of fashion with a reputation for helping and empowering youth, has earned her Master’s degree from Loyola University Maryland in emerging media and her Bachelors of Arts in Media from Pennsylvania State University. Sapphire commands a room and lights up any space she occupies. Whether she’s having tea on a balcony facing Big Ben and the London Eye, or taking a beat on a swing in Bali. This talented editor with vast knowledge in all things lifestyle, encapsulates the voice of a generation. Sapphire attributes this to her strong faith in God which guides her through life, trials and tribulations. Sapphire is a fashion aficionado who preferred place to shop in Paris. Her favorite designers include the world-renown and newer artists like Brent Faiyaz. In her downtime, she curls up on the couch with a good book or her laptop, searching for the most creative recipes. Sapphire notes her mother as her hero whom she’s learn life impacting lessons from she hopes to pass on to others. Her mission is to empower youth to be brave readers. Sapphire joined InClub Magazine in March 2020 as Editing Manager. Prior to her position at InClub Magazine, she led effective communications teams in major corporations.