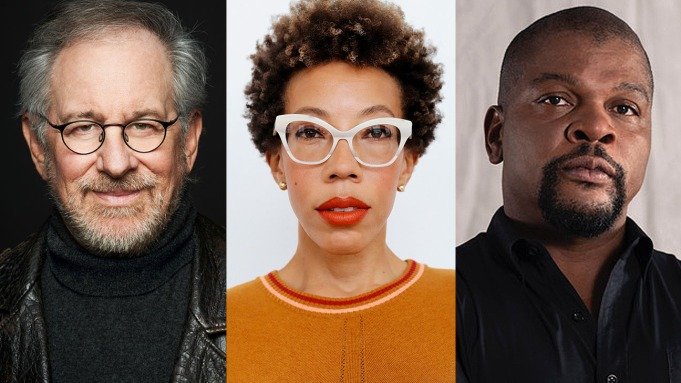 First the Met Gala made their post-Covid return. Now its time for the Los Angeles County Museum of Art – better known as  LACMA – to do the same. On November 6, stars donned their finest black-tie attire and came together to celebrate fashion, tech, business, & philanthropy. Celebrating its 10 year anniversary, the LACMA Art + Film Gala honored acclaimed director Steven Spielberg and Kehinde Wiley and Amy Sherald. Kehinde and Amy are portrait artists for President Barack Obama and Michelle Obama. From November 7 through January 2, the portraits of President Obama and Michelle Obama will be on view. They are the stars of the LACMA’s West coast presentation of The Obama Portraits Tour.

LACMA is the largest art museum on the west coast with a collection of more than 147,000 objects. The goal of the museum is to “exhibit and interpret works of art from new and unexpected points of view that are informed by the region’s rich cultural heritage and diverse population.” The Gala was then formed to benefit the then failing film department of the LACMA. With the vision of Eva Chow, the organizer of the event, it was able to become so much more.

Eva, called the culture queen of Los Angeles by the New York Times, used her fashion, art, and entertainment connections to create an event that would raise money mainly for the museum’s initiatives. However, per the LACMA website, the raised funds would also contribute to other exhibitions and acquisitions. Anything involving the “intersection of art and film” would be benefited. Eventually, the gala became known as the Met of the West because it stood apart from other LA events. It highlights Los Angeles’ status as the epicenter of culture.

“It’s very personal… I think having the synergy of art, film and fashion creates an interesting energy.” – Eva Chow

As stated, the LACMA art + film gala is known as the Met of the West. For that reason, the stars must bring their A-game. The event is once again sponsored by Gucci this year, who has a long history of supporting both art and film.  This means that the brand will be making lots of appearances on the carpet including dressing the honorees and the co-chairs, Leonardo Di-Caprio and Eva Chow herself. Unlike other fundraisers, the relationship between Gucci and The Gala may be a longstanding one. Having one brand be the ongoing sponsor for an event like this means they essentially own the carpet. Every year, viewers can count on most of the A-list celebrities wearing Gucci.

However, not only did Gucci reign, but popular brands like Saint Laurent and Balenciaga showcased great looks as well. See the best looks from the LACMA Art + Film Gala below. 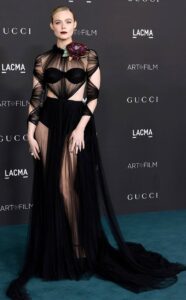 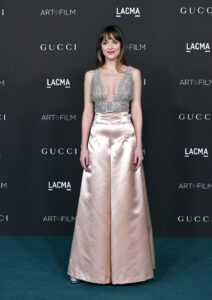 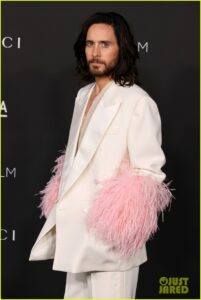 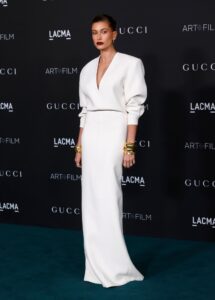 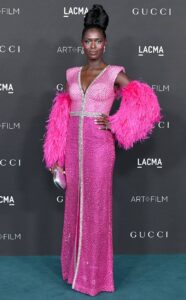 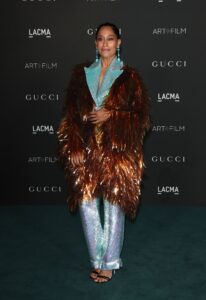 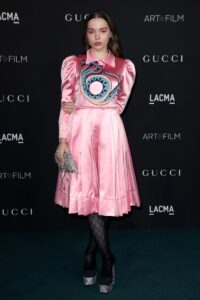 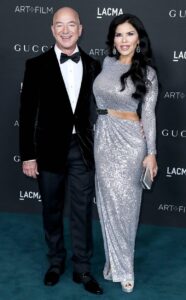 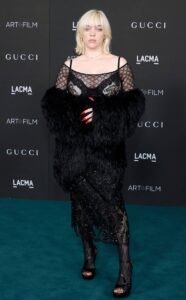