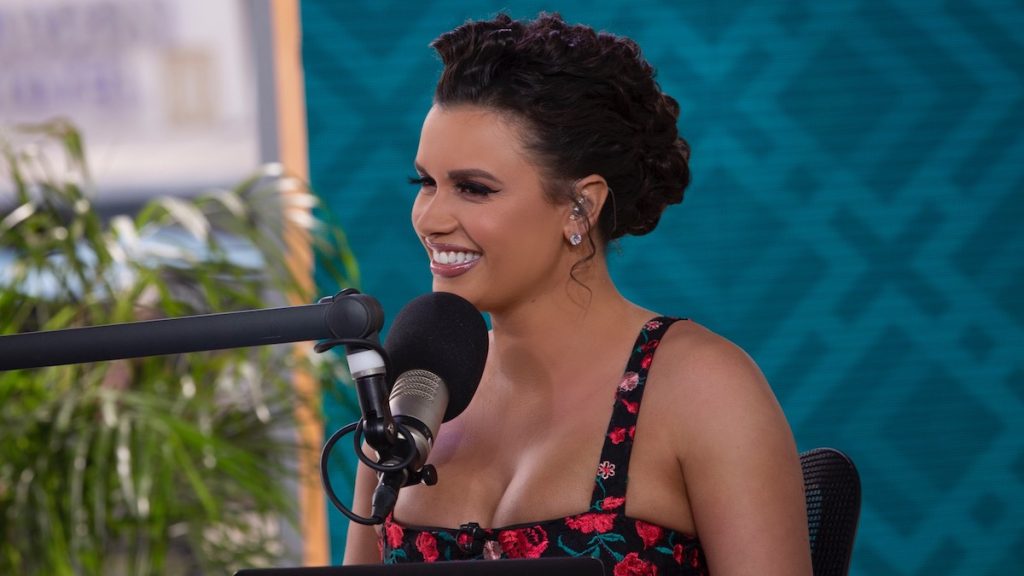 Fox Sports announced last Wednesday that longtime contributor Joy Taylor will debut this week as the new host of the reimaged Speak for Yourself sports talk show. Taylor will join current host Emmanuel Acho, a #1 NY Times bestselling author and 2-time Emmy winner who took over for long-term host and show-creator Jason Whitlock in June 2020. Additionally, network newcomer LeSean McCoy, most notably known as an NFL pro-bowler and 2-time Super Bowl champ, will be slotted in as the third member of the panel. Acho and McCoy both played for the Philadelphia Eagles.

Joy Taylor, who’s been a regular fixture in sports media for over a decade, most recently served as news anchor on Fox Sports’ The Herd with Colin Cowherd. However, speculation swirled in August when fans noticed she was absent from The Herd for much of the month. During that time, Taylor instead moonlighted on Speak for Yourself with several guest appearances alongside Acho. As a result, network executives, apparently pleased with the summer experiment, tapped Taylor for the permanent role by month’s end. Taylor announced the big news via Instagram on August 31.

Joy Taylor. Duh. During her trial run on Speak, Joy was a breath of fresh air, seamlessly injecting her extensive sports knowledge with fresh angles and an effective use of data. The result was the frequent viewer conclusion that, ‘points were made.’ She often was the voice of reason when absurd questions were posed like, ‘is Russell Wilson a good quarterback?’ or ‘is he overrated?’

For the culture. The new and improved show features an all-Black panel that can rival any crew of hosts in the business. The trio of Taylor, Acho, and McCoy is a welcomed update to the sea of sameness within sports media’s current list of top shows.

Tune in to watch Joy Taylor and the Speak crew in their debut tomorrow, September 6 at 4:30 PM EST on FS1, just in time for this week’s kick-off of the 2022 NFL season. 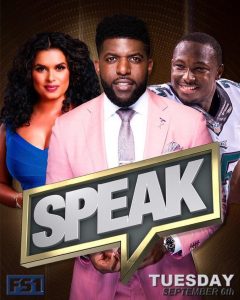 Yaa is a contributor for InClub Magazine. She is a lover of sports, fashion, and some things in between. Hailing from Washington, DC, Yaa studied Physics and Industrial Engineering at Spelman College and Georgia Tech, respectively, and received an MBA from Harvard Business School. Yaa currently resides in Chicago.