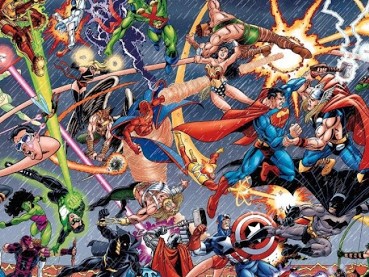 The Marvel Cinematic Universe (MCU) is home to some of the most well-known superheroes in the industry. From Iron Man and Captain America to the legendary Black Panther, these superheroes have been a part of people’s lives for generations.

During the first ten years of MCU, the buzz around the next Avengers or Thor movie created enough hype to last until the next release. Although Phase 3 of the MCU ended when the credits rolled during Avengers: Endgame two years ago, Phase 4 is underway, and it’s changing superhero culture as we know it.

On May 3rd, 2021, Marvel Studios released the official trailer of its Phase 4 films. These included Shang-Chi and the Legend of the Ten Rings and the highly anticipated Black Panther: Wakanda Forever. Due to these films highlighting respectively uplifting Black and Asian actors in Hollywood and the superhero genre, there is a noticeable shift in how Marvel is showcasing their heroes.

Besides highlighting Black and Asian actors in films, we see directors of color have their time to shine behind the camera. For example, director Ryan Coogler, a Black man who wrote and directed Black Panther, will be returning to his role in Black Panther: Wakanda Forever as well as, Chloé Zhao, an Asian woman, has directed Eternals, which will be the third movie Phase 4 of the MCU.

The noticeable shift in diversity and inclusivity in the superhero genre can also be seen in Marvel’s latest streaming show on Disney+, The Falcon & The Winter Solider. The conversation around patriotism and racism in the United States is deeply woven into how Sam Wilson (Falcon) feels about taking up the mantle of Captain America and what exactly that means for him and the rest of Black America.

White men have historically dominated the superhero genre, but in 2021 BIPOC individuals need to be seen in the genre and be rightfully celebrated as superheroes.