Did Sunday’s Oscars Show Signs that the Academy Is [finally] Moving in the Right Direction?

Are the Oscars moving in the Right Direction (right decision)? In short, and as Hollywood’s big night proved, yes.

The Academy finally got it right.

People of color, minorities, women, and the culture were at the helm of Sunday’s big event; albeit with Oscars’ mishaps in the past, POC showed up, out, and represented. 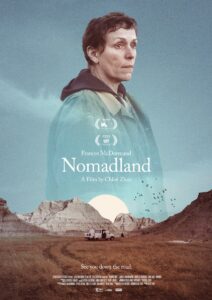 The Academy also continued on its path to redemption, giving Black Excellence their flowers and much earned and deserved Oscar wins.

Daniel Kaluuya, who won Best Supporting Actor for Judas and The Black Messiah, didn’t fall short of thanking the culture and his family for his win.

Kaluuya, who full of emotion after win, said, “[And] To the gift that is LaKeith Stanfield—thank you.

Mom, thank you so much for pouring into me. Love to my sister, my niece, and everyone I love. My team, for your incredible support. It’s good. Everything you poured into this [this film]. The incredible cast and crew. So incredible to look around you and be inspired by who’s around you and who they are. Thank you for sharing your truth and working with you.

Kaluuya, who played in Black Panther, alongside fellow Oscar nominee, and late Chadwick Boseman, praised the work of his peers in his speech, thanking Stanfield and Boseman for their inspiration and support.

Netflix’s Ma Rainey’s Black Bottom won “Best Makeup” and “Hairstyling”, with incredible thanks to Viola Davis, also nominated last night for her work in Ma Rainey. Davis brought the winning team, of Best Makeup and Hairstyling, to the set as her styling team.

Ma Rainey’s Black Bottom, which saw Boseman’s final and most excellent performance was the favorite to win Best Actor, but lost in the category, to “The Father” actor, Anthony Hopkins.

Boseman not winning in the category was felt and heard throughout the evening.

Good Morning America’s Robin Robert’s and Janai Norman, like so many others, expressed their surprise [and upset!] of Boseman not capturing the posthumous win, especially since Boseman, who died last year from his battle with colon cancer, gave perhaps the best and the most illustrious performance by anyone in the category.

However sad and upsetting, Viola Davis and figures such as Angela Basset and Lil Rel Howery made sure to lift up Boseman in the post and preshows Sunday.

With Basset saying, “I’ll be rooting for him, in spirit especially [my dear son] Chadwick Boseman.”

Boseman, whose career and influence meant so much to so many, will forever be near and dear and will forever mean so much to the arts, his peers, and countless others and to his people.

The culture’s first black superhero, off and on screen, captured the hearts of so many during his time and went on to achieve great feats, even recently winning a Golden Globe this award season.

But what a difference and a sight one year made, as the award show saw its most diverse Oscars show ever.
“9 out of 24 categories saw POC dominate”.

Compared to their normally All-white Oscars!

All of the diversity and inclusivity was very telling. Will it continue in this direction next year and years to come?

We can only hope.

However, late in their decision to move the Oscars in the direction we saw at Sunday’s show, diversity definitely won the biggest award of the night.