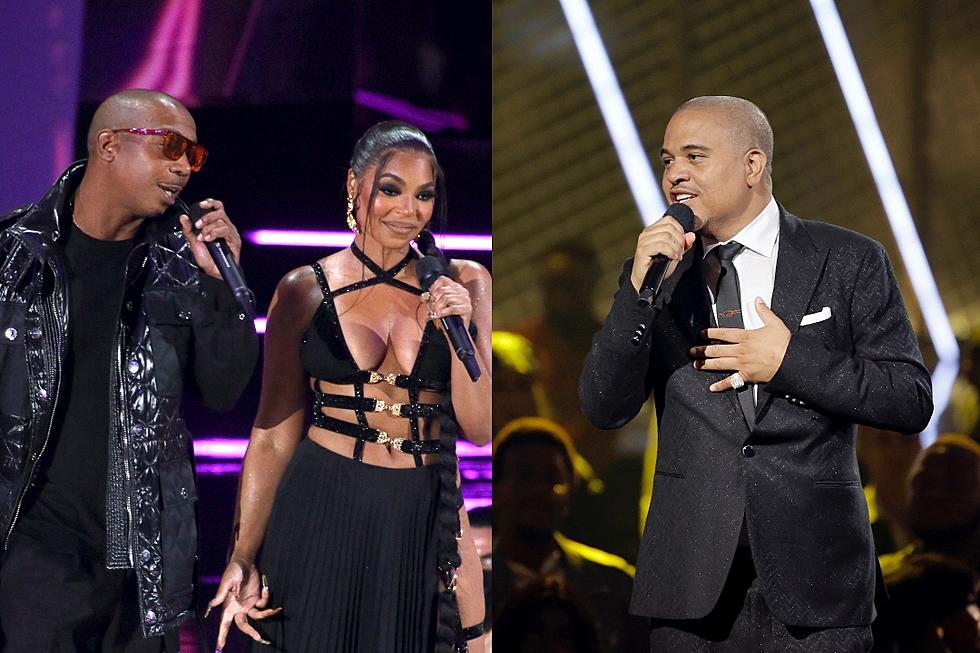 Recently, Irv Gotti makes tabloids again, expressing his version of his relationship with Ashanti on the hit podcast/show “Drink Champs.” The podcast is nothing short of juicy entertainment and hurt feelings. Here’s my point of view.

If you’ve had the experience of having your heart shattered into a million pieces by the person you “thought” was THE ONE, I am sure this topic brought you down memory lane. Social media has split their opinions of who was really the bad guy. However, I don’t believe anyone is the bad guy in this situation, and it’s just a sad case of hurt feelings.

Irv Gotti and Ja-Rule sat down with Revolt’s Drink Champs to discuss their new documentary about the lifestyle and career of Murder Inc. As soon as they take their seats, Ashanti is the first topic of discussion. Irv Gotti receives a compliment on his watch, expressing that it was a gift from her with an engraving that says, “You change lives forever, love Ashanti.” This would give you a telling sign that Irv Gotti may not be over Ashanti like he says he is.

After a slowly burning break-up, most women picture themselves setting all of their ex’s belongings on fire and walking away like bad-ass Angela Basset in the 1995 classic Waiting to Exhale. Most men move on immediately by hanging out with the guys or completely deleting their ex from all social media platforms. 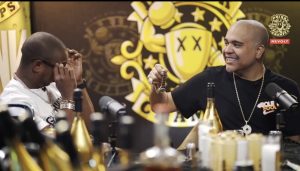 Irv Gotti not only kept a memorable gift but wore it proudly, knowing that gift was given to him by someone who caused him pain. This indicates a connection or a part of Irv Gotti that cannot let go of Ashanti. The watch symbolizes their shared good times but also takes Irv Gotti down memory lane. Why wear something that has such much hurt tied to it? I could only guess it’s a reminder to never fall that deeply for someone else because, if that is not it, then the man still holds some love for Ashanti.

When asked about their relationship, Irv Gotti made a lot of jabs toward Ashanti when referencing her request for her stems so that she could recreate her older tracks. Irv Gotti denies her request due to a lack of financial return on the masters. He complimented her on how she worked hard to get into the industry; she didn’t sleep her way into the industry. Gotti even states that Ashanti wasn’t the reason for his divorce, but in the same breath, explains how he put her on. 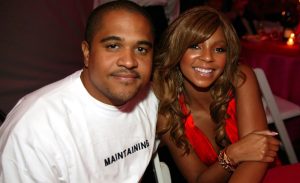 He expresses that she would not be where she is if it wasn’t for him. When asked if he missed her, he responds with a highly anticipated no. He then compares her to other women, saying he has women who look better than her. Personally, if you are genuinely over someone, there is no need to compare your ex to your next. If you are over someone, there is no need to give back-handed compliments that uplift yet diminishes the hard work you just complimented her. This is an ego complex. Yes, she’s good, but I made her good is all I hear.

There is a lot to unpack here. Irv Gotti’s level of excitement on the topic is quite sad; I empathize with him. Their failed relationship seems to be something that may have molded his outlook on many relationships following theirs.

Once all was said and done, Irv Gotti Expressed that Ashanti leaving him was not the issue. He even details the moment he found out she was dating Nelly, but that wasn’t the issue either. The fact that she wanted to leave Murder Inc ignited a level of hurt that didn’t seem to subside quickly. Ashanti leaving her “family,” as he called it, is a low blow for him. However, must we rewind time and state that Irv Gotti was accused of Money Laundering when Ashanti left Murder Inc. Though he was not guilty of the crimes against him, Gotti states that Ashanti felt it was too much for her at the time. That for Irv Gotti was a hurt piece. My question lies rather her leaving Murder Inc symbolizes her leaving him.

Irv Gotti states she left the family, yet people like Ja-Rule are still good friends with Ashanti today. Who is really hurting here? I believe when you mix business with pleasure, it makes any rejection or break-up harder. Like Gotti states, they make money together, talk about their moves together, and breaking up something good is hard, especially when it’s not on your terms. Ashanti leaving Murder inc symbolizes her departure from Irv Gotti.

To this day, Ashanti has denied speaking on the subject. However, she did make a rather subtle remark when she posted a video on Instagram of herself in a black and silver dress, saying, ” Sometimes ya gotta leave the trash behind…”. Now, who could be referring to when she said that? Irv Gotti has no problem telling you that he’s not bothered by her. When someone takes the time to address something that isn’t significant to them, it is VERY significant. It’s like Irv is overcompensating for his hurt. He shares his attempt to extend an olive branch by having Ashanti on the Murder Inc documentary, but Ashanti declines his offer. This is when that hurt circles back around. This is how old wounds rise back to the surface; it hurts more significantly when they haven’t truly healed from that pain.

To say the least, I feel for Irv Gotti. However, I believe that bringing up old wounds and ranting about how you put her on doesn’t make him any better than Ashanti leaving him. Hurt people hurt people. I commend Ashanti for not speaking out regarding their relationship; it’s a closed chapter in her life. Plus, all media isn’t good media. For Irv, this is definitely not good media. Watching Irv Gotti unpack years of hurt has shown me a few things.

You Need to heal from your hurt and forgive them for yourself. Do not, I repeat, do not hold onto things of sentimental value, making it harder to detach yourself from that person. Throw it away, pawn that watch or ring. Detach yourself from the things that bring you pain, no matter how good the times were. Let that memory live on in your head, not on your wrist. If you ever decide to extend an “Olive Branch” of hope, be ready for the rejection. Because to be rejected twice, well, any person would feel like crap.

Lastly, do not mix business with pleasure. Though it sounds excellent and is a dream of mine, it just doesn’t seem to work out for many celebs. I’d love to know what you say about this ordeal. Do you think Irv Gotti is not over Ashanti, or has he moved on? If this is how he talks about the situation on Drink champs, I can only wonder what will unfold in the documentary. I don’t know about you, but I’ll be tuning in.

Check out what Judge Greg Mathis had to say about Ashanti and Irv Gotti.