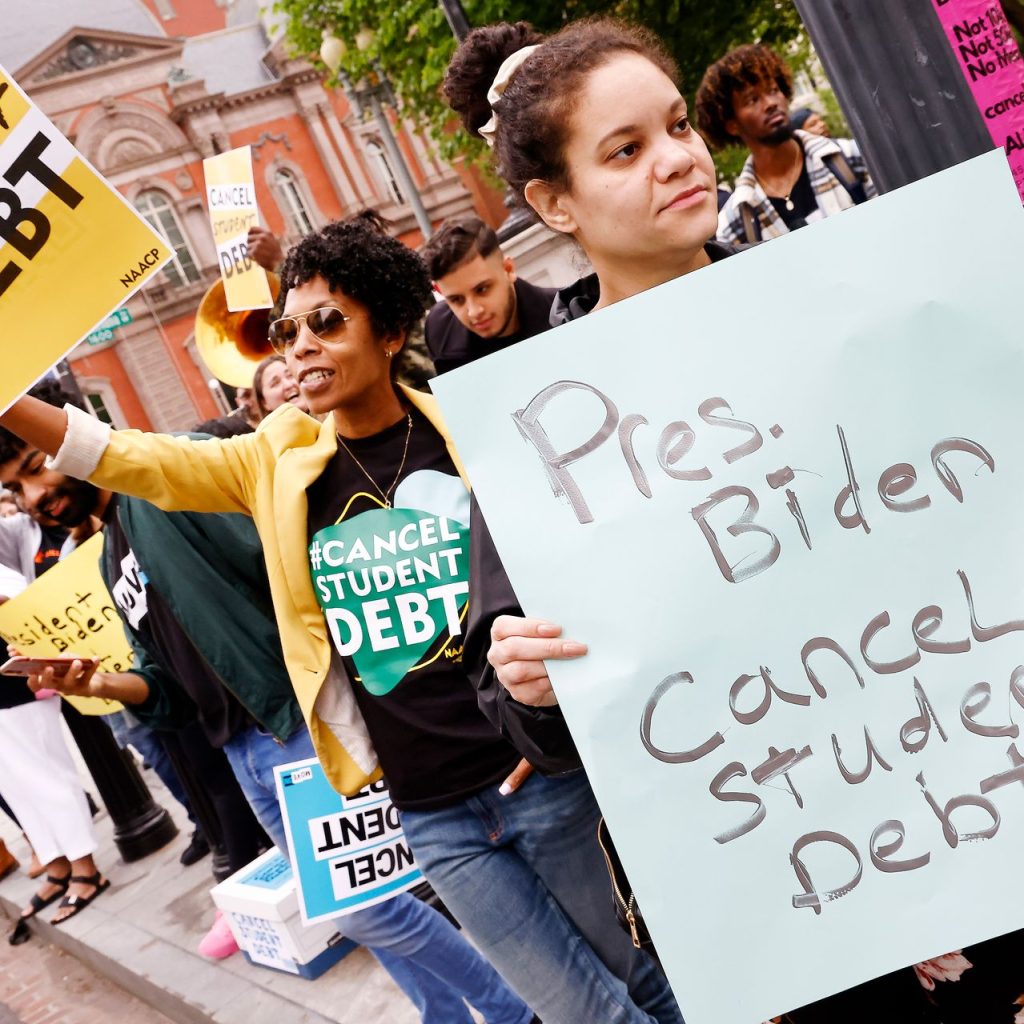 During his 2020 campaign, President Joe Biden made a promise that he would provide student loan debt relief to voters.

And today, after months of anticipation, he finally unveiled his plan for student loan debt cancellation.

“My administration is announcing a plan to give working and middle class families breathing room as they prepare to resume federal student loan payments,” Biden tweeted.

Students with Pell grants during undergraduate, up to $20,000 student loan debt will be forgiven.

Students without Pell grants during undergraduate, up to $10,000 student loan debt will be forgiven.

Cancellation applies to those who currently make $125,000 or less annually, or $250,000 for married couples who file jointly.

Biden also added that the freeze on student loans now extends through December 31, 2022.

Previously, the current pause on student loan payments is to end on August 31. Due to the major economic disturbance of the COVID-19 pandemic in 2020, the federal government made the decision to put a freeze on payments. The moratorium was first instituted in 2020 because of the economic upheaval caused by the pandemic. The Post reports that Trump’s administration extended the date twice, and now Biden’s has extended five times.

Who Will Be Affected

The White House estimates that 90 percent of relief will go to borrowers who make less than $75,000, and up to 20 million Americans could possibly see their debt completely canceled, according to NPR’s reports.

Although this plan provides some relief to borrowers, it is not exactly what many advocates are demanding, according to Bloomberg. As student loan debt disproportionally burdens Black and low-income students, civil rights groups, lawyers and other community members are calling for a higher cancellation amount.

Canceling $10,000 in student debt when the average white borrower is $12,000 in debt, while Black women hold on average over $52,000 isn’t just unacceptable, it’s structural racism.

Some progressives, such as the Center for American Progress, make the case that student loan debt cancellation will lower the cost of living. On the other hand, some conservatives argue that forgiving students loan debt for borrowers would hinder other populations such as people who don’t have student loans, people who did not attend college, and people who paid off their student loans already.

The White House says, since 1980, the cost of both four-year public and four-year private university has tripled.

Pell grants previously covered nearly 80 percent of these costs of four-year public college students from working families, and now only cover a third.

Biden spoke to the country from the White House today regarding his decision. Click here for more information on that.