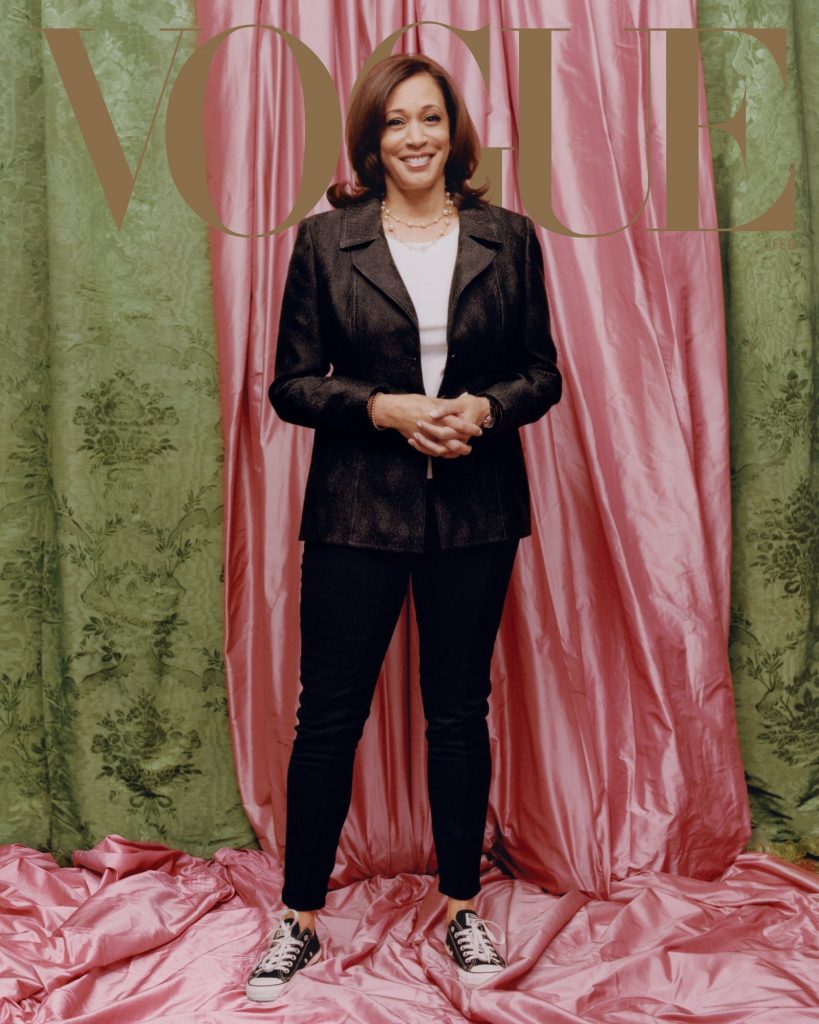 Photographed by Tyler Mitchell, the cover photo shows Harris against a draping, pink and green backdrop.

A nod to her sorority Alpha Ka Alpha, paired with a Donald Deal jacket and Converse sneakers.

To some, the cover is just an extension of Harris’ political street-wear style, highlighting her image as “for the people.”

Yet, it’s a disrespectful notion of diminishing the power that a black woman possesses in this country.

The ball that Vogue dropped (not the first time this has happened in Vogue’s history) is the photo choice itself.

Alongside the cover was a second, more formal presidential photograph of Harris, which will appear inside the magazine issue.

In that image, Harris wears a pale-blue suit and stands, arms folded, against a gold background, evoking a confident, endearing stance.

According to the Associated Press Report, Harris is blindsided by the cover selection.

A member of the Vice President-elect’s team told the AP that Vogue staff agreed to feature the blue-suited image for the cover.

“In using the more informal image for the print edition of the magazine, Vogue robbed Harris of her roses”.

“A bit of awe would have served the magazine well in its cover decisions. Nothing about the cover said, ‘Wow.’ And sometimes, that’s all Black women want, an admiring and celebratory ‘wow’ over what they have accomplished.”

That is what’s wrong with Kamala Harris’ Vogue cover.