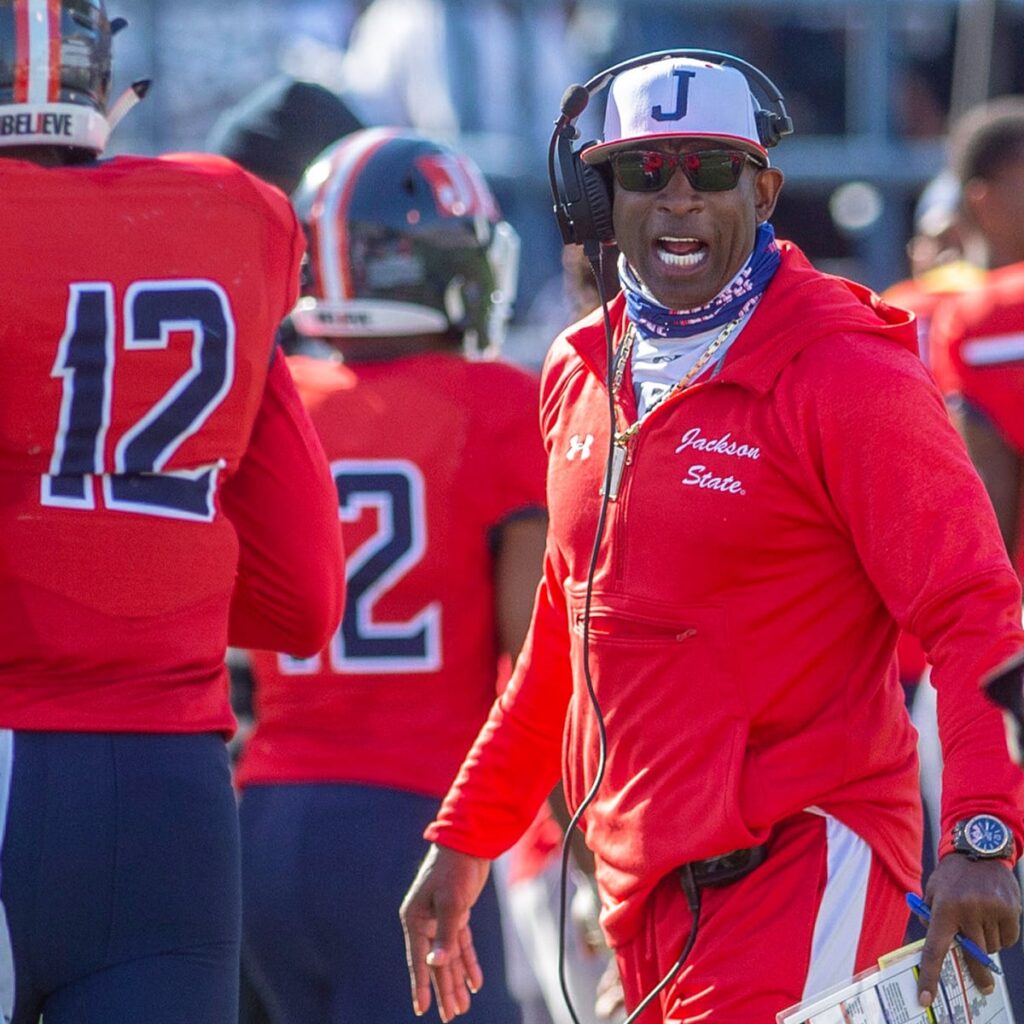 In 2020 NFL Legend Deion Sanders would become head coach of the Jackson State Tigers, and he showed up with a mission, and that mission is to put HBCU football on the map. Needless to say, he has done this in spades. In the fall of 2021, a slew of HBCU football games would feature nationally, which is a byproduct of Coach Sanders’ influence. While HBCU’s are indeed getting the “Primetime” treatment, the impact is far deeper than we can see on the surface.

Let’s first understand who he is; Deion Sanders. Primetime. The greatest defensive back to ever play the game. This status is crystalized by his induction in the Pro Football Hall of Fame and spot on the NFL’s 100th Anniversary team. Post football, Deion would have various stints on television, working for CBS, and NFL Network. The brash, bold “Primetime” moniker he created while a student at Florida State, was done as a way to keep himself relevant both on and off the field. (Seriously, go into Youtube and look up, “Must Be the Money,” then thank us later.)

When you have all of the above accolades you already have a leg up over your competition,  which is how Sanders pulled off the unthinkable. He grabbed the a top recruit … wait…he grabbed THE top recruit in the country to join the program. Typically, top recruits attend power 5 schools, with an emphasis on the SEC. These schools have the reputation as places that get players “NFL ready” due to the competition. During his coaching tenure, he has been bringing in some solid names, but nothing compares to the class of 2022. In addition to pulling the number one player in the country, Travis Hunter, he has been acquiring other top high school recruits.

There are a host of things that Sanders has going here. A top recruit otherwise may not see the benefit in attending an HBCU, because it isn’t historically a direct path to the NFL. The allure of an NFL legend, and his NFL connections is tempting for anyone. Add on to this, the national exposure brought forth by Sander’s push, and your program becomes irresistible. Power five coaches can certainly aid a player in getting to the NFL, but they don’t have the clout. Many would also lack the context of being a black man, and potentially a first- generation millionaire.

Sanders’ impact on HBCU football is evident as Tennessee State appointed  Titans legend Eddie George in 2021 as head coach. The opportunity to play for an NFL legend, and have the incomparable HBCU campus experience is enticing prospects. We may be on the brink of seeing an HBCU takeover.