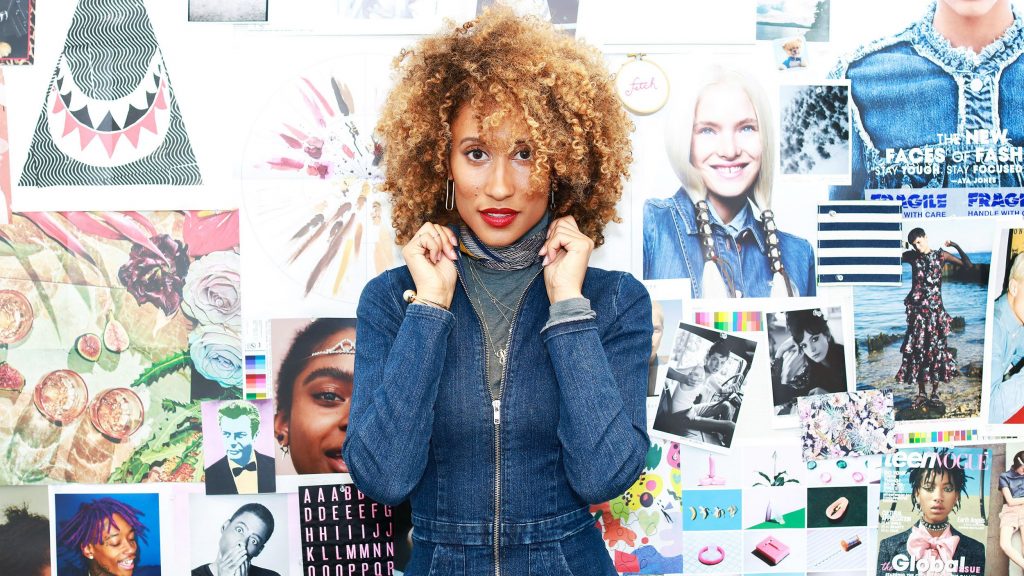 Journalist turned all out badd az* Elaine Welteroth continues to make the world a little brighter. The former EIC of Teen Vogue proves to still be the HWIC still stepping away from a dream position where she was only the second black woman to ever hold the position in over 100+ years. Elaine as quiet as it’s kept is truly a frontrunner in this black renaissance we are experiencing.

Elaine has been a champion of black culture, young women and power pants suits.
Know by her iconic big unapologetic lion mane like curls that command your attention and being the best dress in the room, no matter who is in the room continues to be both an ally and advocate for proper representation and inclusion.

Only Elaine could go from the top of the journalism world then top that. Ms. Welteroth is on the move. The already New York time bestseller has been racking up air miles and air time. She is currently the co-host of Bravo’s Project Runway and recently signed with CAA foreshadowing she has big things up her power suit sleeves.

First up a new book that is currently right outside the top ten of best sellers! Elaine has made appearances on the world’s most dangerous radio show, The Breakfast club, ABC Good morning America and The Daily Show with Trevor Noah promoting her New Book.

In this book Elaine flexes her storytelling prowess with a powerful propensity for writing in such a way where she relates to you on personal level yet still prompts you to think of someone who should read this in More than enough. (How to claim space for who you are no matter what they say).

Elaine has always expressed herself with flare and fire, but never in a way that felt like she was promoting herself but always rooting for others. IN a new Ad with Express, she exemplifies that same vibe. She says in the ad “We believe when one ambitious woman succeeds, we all benefit.” We believe that and we believe her because this has been her message, and is still her message.

Elaine Welteroth is More than enough, but she wants you to know that same reality.