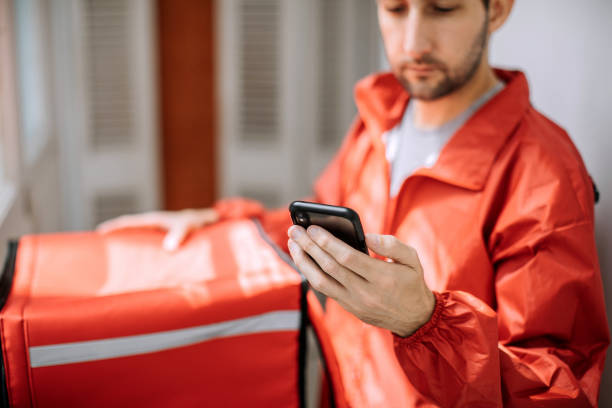 In the age of Covid-19 and an uncertain future, everyone is looking for a money-making side hustle. Even I have gotten on the side hustle bandwagon. My hours at my day job got slashed in half and applying to jobs wasn’t working in my favor.

JD Wentworth, I needed extra cash and I needed now!!!!!!!

I didn’t want just any side hustle though. I wanted something where I could make easy money without giving up too much time and resources. As the side hustle hunt went on, delivering with Door Dash became widely attractive to me.

Door Dash is an online food delivery service platform similar to Uber Eats and Post mates only with more benefits, so they say. Applying was too easy and downloading the app was a cake walk.

All I needed was a mobile phone, a  car to drive in, a valid driver’s license, and a background check and I could start working the next day. To make things sweeter, I would get paid every week. I could work anytime I wanted to as long as I was on time and made the customers happy. This is called being a “top dasher” meaning you can dash anytime. If you aren’t a top dasher, you have to set your own schedule.

Preparing for my first delivers

Although I had no prior delivery experience, I was confident I could make this thing work. I learned the basics by reading blog posts and watching YouTube videos from other dashers. The information I gathered would put me in the right position to get the most bang for my buck.

I even thought about joining the Door Dash reddit community, but if I did that then I would have to take it more seriously, right? So I bypassed that, listen, I wanted no strings attached income.

My initial plan was to make as much money as possible in the first 90 days. Why 90? Well, I wanted to get that bonus. My sister referred me and If I made a certain amount of deliveries during that time period, I would get a bonus and so would she.  I felt like this side hustle could answer all of my problems and keep me at bay until I found my next job.

My sister went with me on my first door dash. By showing me the ropes she gave me insight on how the job would be like. It was an adrenaline rush seeing how much money (and tips) I would make after every delivery.

My first week, I accepted every single delivery.

Door Dash has this thing called acceptance rate, which means, how many orders you accept out of the last 100 deliveries.

The acceptance rate will not count against you. What I found about the acceptance rate was that I was accepting deliveries that were 7+ miles away from my starting point. To sum it all up, I was driving about 15 miles per delivery making less than $10.00!  And not every customer tips!

The miles were racking up on my car and I was paying for gas every other day!

If you look at my week 3 and compare it to week 1 you will see that I got paid more for less time. Here is why: I started to accept less jobs meaning that if a delivery was too far away, I declined it. Simple. My delivery acceptance rate went down to 48 percent!  That sounds low and crazy, but after talking to a Door Dasher, they told me to decline orders that have a low base pay.

There are a tons of articles out there that will explain to you how to make more money while delivering. I begin to set my own schedule on the app before I dashed.  By taking advantage of busy hours  known as “peak pay” I made more money per delivery.

When things are busy, the map in the door dash app will turn a dark red and Door Dash will add extra pay to base pay.

During Holidays, peak pay can be up  to +4. 00 or +5.00 for every delivery. Every now and then Door Dash will add extra bonus pay if you make a certain amount of deliveries over the weekend or in a new areas. 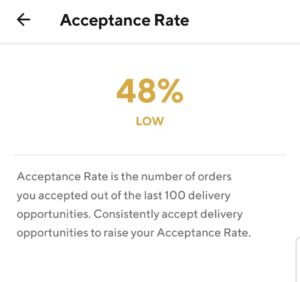 You can make money with Door Dash, but you have to see where it is going to cost you.

Like any job, you are going to have to give up something to get something. With Door Dash, I had to give up my gas tank, the miles on my car, and a lot of my time. As gas prices rose, I didn’t think it was worth the hustle anymore.

There were times that I had to drive to another city just to reach a hot spot. Lunch time became the worst time; restaurants slacked off or had very confusing pick up instructions, or they completely missed the order.

My delivery locations became further and further away for the same or less money. There were times where I would be at a restaurant waiting for over 30 minutes for a single order. This limited how many deliveries I could do in 1 hour, instead of doing 3, I was only doing a delivery an hour due to issues with restaurants.

I spent most of time waiting for orders to come or waiting on food than delivering. When things were bad, things were bad. I would just pack it up and go home and try again the next time or the next day.

Will I continue dashing?

At this point I have no idea. I don’t want to door dash as much as I did, I think maybe a few hours a week would be fine for me, but hunny being chased by dogs, low base pay, gas and mileage, plus customers not tipping, and restaurants being slow, I will pass for now.

Something has got to give.