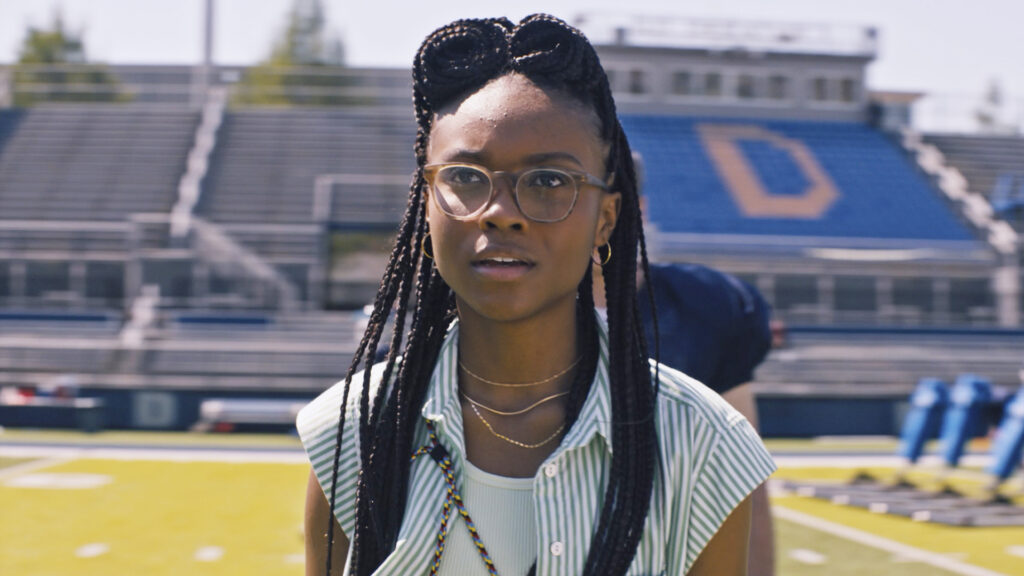 “Everyone has a superhero origin story and this one is mine”. Naomi speaks these words in a voiceover type effect. However, immediately, the viewers know that this story just happens to be different. Based on the DC comic and produced by Ava Duverney, the CW continues their superhero series streak with a brand-new show that aims to stand apart. And if I am honest, by the end of the season premiere, we as viewers see exactly what they were trying to accomplish. 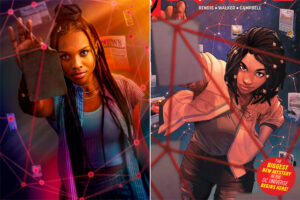 The main way this story is different than the other CW superhero shows is shown within the brilliant opening sequence. Naomi, played by the charming Kaci Walfall, isn’t a moody teenager who is having friend problems, or family problems, and just waiting and waiting for something amazing to happen. Nope – she is actually the complete opposite. She is the life of the party, has several people crushing on her, and has a wonderful, trusting, relaxing relationship with her parents. She also happens to be a huge Superman fan running a Superman fan site, which no one makes fun of her for.

The show actually sets us up for something completely different. When strange things begin to happen to Naomi, the show makes it clear that her “powers” interfere with her main character moment. Usually in these CW shows, the powers turn the title character into someone much cooler. But Naomi doesn’t need that. She is already a naturally cool person and these powers seem to turn her world upside down instead of right side up.

Most of the superhero shows on the CW are connected. Not only has the heroes like The Flash, Batwoman, Superman, Supergirl and Arrow been around for a long time, but they often cross over into each other’s worlds on the show. Naomi however is on her own. Ava Duverney states “I want this to be an autonomous story about Naomi…One of the things I really wanted was for her to live in her own universe. We call it the Naomi-verse”. The separation between Naomi and the other heroes is established immediately by turning Superman into a fable. Naomi may be his #1 fan, but in this world, he isn’t real…… 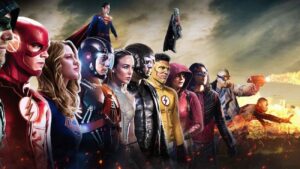 At first, I wasn’t going to watch this show. If you are familiar with the other CW superhero genre shows, then you know why. The CW does DC superhero well…….at least for the first 3-4 seasons. They always seem to drop the ball around season 5 or 6 and you feel like you are still watching the show just because you have to and not because you want to. I personally didn’t feel like going through those emotions again.

However, I feel slightly different after watching this premiere. Naomi is unique in her own right – she has a tight-knit group of friends and family, a sense of adventure, and a confidence in herself that is rarely seen in a title character before they receive their powers. It was a straightforward set-up, but a set-up that is worth seeing through. I can only hope that the CW continues their superhero streak properly and lets her unique story unfold.

P.S.  Naomi’s parents definitely know something about who or what she is – that should be fun to see unfold.

Watch Naomi on The CW on Tuesdays at 8pm