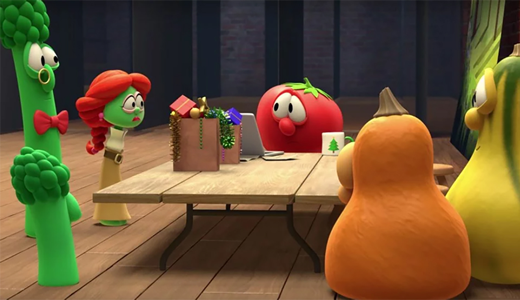 In my mind, when I say that title, I say it in my Kanye, “George Bush Does Not Like Black People” voice. Jokes aside, mainstream Christian programming for decades has lacked a black voice in America. Programming has traditionally screamed southern, white, Evangelical seemingly since Christianity was brought to our screens.

My mom used to watch Creflo Dollar, TD Jakes’, etc. on shows Trinity Broadcasting Network, but let’s be real, these were “black preachers.” Today’s platforms do a bit of the same. A search of the titles along the Pureflix streaming service shows a great lack of black content. There are a few “black movies,” and then there are movies with a black character or two, but it is very evident as to who the target market is. Yeah, thanks for the black content, I guess… but the issue here feels like tokenism. And its crazy that this is still a problem in mainstream world today…

This is a true microcosm of our society, in a way. While I won’t accuse these platforms of open racism, it is evident that this is a byproduct of minorities in mainstream society. Systemic racism, is what I mean here. In this case, a system that is created for the majority, by the majority, is excluding the minority Christian. Black entertainment in mainstream media is still viewed as a novelty, just like black people. America has long been xenophobic, and has long pushed the aforementioned idea of tokenism. It is still “black entertainment” and not necessarily “entertainment.” The fact that it often sits alone attests to this.

From Novelty to Normalcy