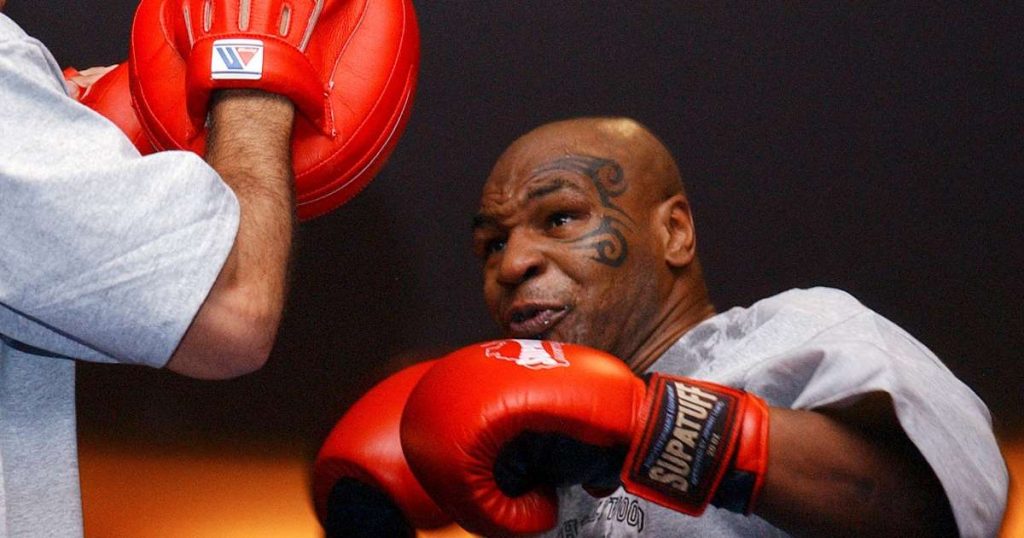 Mike Tyson, 54, made the shocking announcement Thursday that he’s be diving back into the boxing ring for an exhibition bout against Roy Jones Jr.

The two all-time great boxers are set to go toe to toe in an eight-round exhibition match on September 12th at Dignity Health Sports Park in Carson, California. 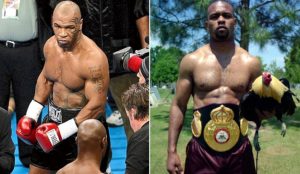 The former Heavyweight World Champion got his name “Iron Mike” by finishing his first year as a professional boxer with a boxing record 15-0, with all wins coming by way of knock out. It’s no wonder why Tyson was one of the most feared boxers of all time. Tyson was just 20 years old when he became the youngest heavyweight champion in boxing history, earning the right to be referred to as “the baddest man on the planet.”

He has a 50-6 career record with an astonishing 44 of the 50 victories be knockouts. Tyson hasn’t been in the ring since 2005 when he fought and lost to Kevin McBride.

Rumors swirled around over Mike returning to the ring back in May when he posted videos of himself training. The 54 year old looked as quick and ferocious as he did when he was in his prime.

His opponent is no novice to the boxing ring. Jones Jr is a former four-division World Champion with a 66-9 record. The 51-year old was last in the ring for his final bout against Scott Sigmon, which he won back in 2018.

Tyson’s announcement to step back inside the ring again sent his fans into a frenzy. Promotor’s are taking it a bit farther past the exhibition match by offering the former heavyweight World Champions 1 million dollars for Pro return.

“If Mike Tyson is serious about making a comeback, we’re prepared to make him a legitimate offer to fight Cusumano in a 6 or 8-round fight, whichever Mike chooses. After three months of the COVID-19 pandemic, boxing fans are hungry to watch real fights. Not exhibitions. Tyson is a boxer. A damn good one at that! He’s not a bare-knuckle fighter or wrestler. A real boxing match is what we’re interested in promoting!” said Burchfield

There has been many legendary boxers calling out for the return of Mike Tyson and television networks has Tyson booked for several appearances. It’s unknown for now what decision Tyson may make towards returning to the Pro sport of boxing, but for now he says all funds in these exhibition bouts will go to charity.

“I want to go to the gym and get in shape to be able to box three or four-round exhibitions for some charities and stuff,” Tyson said. “Some charity exhibitions, make some money, help some homeless and drug-affected mother-f—– like me.”

Just like old times, any fight with Tyson generates a lot of hype and the fans are waiting to see if he still has some knock outs in him.