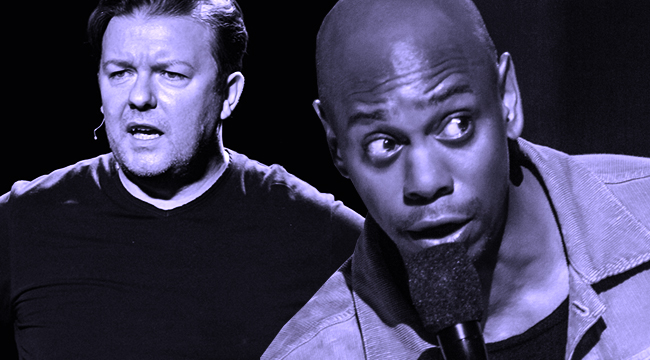 Chris Rock was slapped, live on stage in front of millions. Ricky Gervais is potentially facing cancelation. Dave Chappelle faced attempted cancellation, and was also attacked onstage during a set. What do these have in common; comedians doing their thing. What’s their thing? Hurling jokes. Interestingly, the jokes targeted at certain groups is not anything new, however, the social response has drastically changed.

There’s no need to go into detail regarding the incident that occurred at the 2022 Oscars. It has coverage, analysis, dissection, and any other phrase you can conceive. But, what many are missing is the main point that it happened in the first place. Comedians are going to … well … comedian. Chris Rock, in his 3 decades in the mainstream has done this type of thing before. What’s different? Society, that’s what. He made a joke about actress Jada Pinkett – Smith, to which Will Smith, her husband, would react. While the world has debated (to exhausting points) the morality of the matter, but the facts remains that a comedian makes a joke, and someone’s offended to the point that they react.

Dave Chappelle Gets … Well Everything…

Chappelle’s show, which would debut in 2003 for Comedy Central, has reached iconic status in our society. The one – liners are still on the tips of peoples’ tongues, and many of the sketches are still very relevant. However, by today’s social standards, many of the jokes would not fly easily. After a long hiatus, Chappelle would resurface with a series of Netflix stand-ups, with “The Closer” being his most controversial. He has battled the LGBTQ+ community in the past, but here he spoke straight forwardly. This led to outrage from that community and calls for cancellation, calling him “homophobic” and “transphobic.” This led to Chappelle deeming them the real power in society as they have the ability to cancel someone of his social standing.

The most recent example we have, is Ricky Gervais. The comedian, who single handedly had an audience at the Oscars looking noticeably uncomfortable, has a Netflix special that is the center of much controversy for the platform. He is described by outlets “dangerous,” “and equal opportunity offender,” for some of the jokes he directs toward the transgender community. Netflix has responded by reminding viewers that “everyone will not like … or agree with … everything on our platform.”

At the end of all of this, the question begs; are comedians able to be comedians still? Comedians have historically poked fun at various pockets of society. Society has, however, changed in numerous ways. We are living in an age of awareness, where people from different demographics are speaking out. Our society has become very sensitive the desires of these demographics. This has stifled comedians, who often use many of this for source material. Albeit light hearted, groups have spoken out against comedians and often tag their jokes as harmful. Are we likely to see a shift in the world of comedy? Will some long standing comedians have to tone down their acts, or worse, leave the stage for good?