The Bear is an FX original series set in the grit of Chicago. It’s about a highly trained Chef Carmen “Carmy” Berzatto, who leaves his fancy job to run the family sandwich shop (The Original Beef of Chicagoland) after the untimely death of his older brother Mikey. It’s like going from a MICHELIN star restaurant to working at your local mom-and-pop restaurant. There’s nothing wrong with working in a mom-and-pop restaurant, but it’s a different environment. This high-stressed dark comedy has been generating a lot of buzz around its first season that I had to tell you about.

10 Thoughts I Had While Watching The Bear 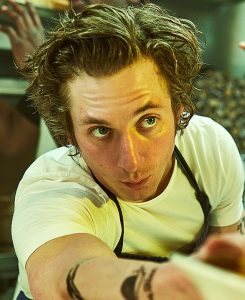 Jeremy Allen White as Carmen “Carmy” Berzatto – The youngest of the Berzatto family, with the fine dining experience, leaves it all behind to run the family business. Under a lot of pressure to adapt to his new role, anxiety sometimes gets the best of him. 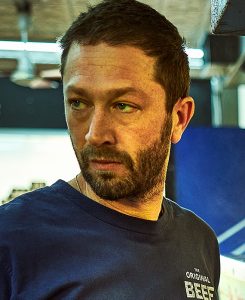 Ebon Moss-Bachrach as Richard “Richie” Jerimovich – The around-the-way manager of The Orginal Beef of Chicagoland and the gun-toting, highly hostile family friend. Who prefers the traditional ways of the restaurant. 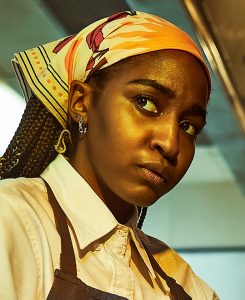 Ayo Edebiri as Sydney Adamu – After a failed attempt with her own catering business, Sydney takes a job at The Orginal Beef of Chicagoland to work alongside “Carmy” (Who inspires her). But this calm and sometimes collected chef soon realize how hectic the kitchen can get. 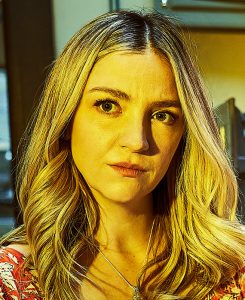 Abby Elliot as Natalie “Sugar” Berzatto – The middle child of the Berzatto family who’s always been there to bail her brothers out. So tired of being the family fixer, she still cares and wants “Carmy” to be ok. 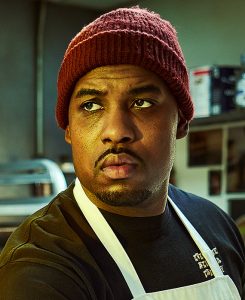 Lionel Boyce as Marcus – Open to new beginnings, Marcus, inspired by “Camry’s” talent, takes it upon himself to learn more and practice more with desserts. The kitchen will teach him not to give up. 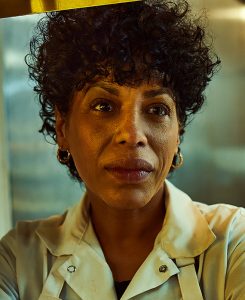 Liza Colon-Zayas as Tina  – The hard-headed, fast-talking original cook at The Original Beef of Chicagoland. She’s skeptical of the changes “Carmy” is trying to enforce; therefore, she doesn’t listen. She’ll learn that change isn’t always bad.

Why Check It Out?

While we’ve had shows with chefs in them, they have never been depicted like this. From what I’ve seen, The Bear has been the most realistic approach to the chef world. While I’m not a chef unless cooking at home counts, I’m known to watch a realty chef competition here and there and have developed an appreciation for those who do. The Bear has captured the chef’s essence so well that some chefs struggle to watch it, for it brings up too much trauma from their own experiences. Though I like the representation that’s happening for the chefs of the world, this IG post is one example that explains Chef Genevive Yam’s difficulty in watching it. I don’t bring this up to deter you. I bring this up because the show is so good that it’s triggering for those who lived it. Don’t you want to watch a show where you believe the character’s experience? I do.

The Bear isn’t all about “Carmy.” You get to meet this hard-around-the-edges kitchen crew who needs guidance in the back of the house. Each of them deals with their situations outside the kitchen, but you, as a viewer, welcome learning more about them as the season unfolds because they’re all so different.

The madness of grind mixed with food and family are the core of this series. If you can get into that, this series is where you want to be. The Bear has so much positive attention it’s deserving of every watch it gets.