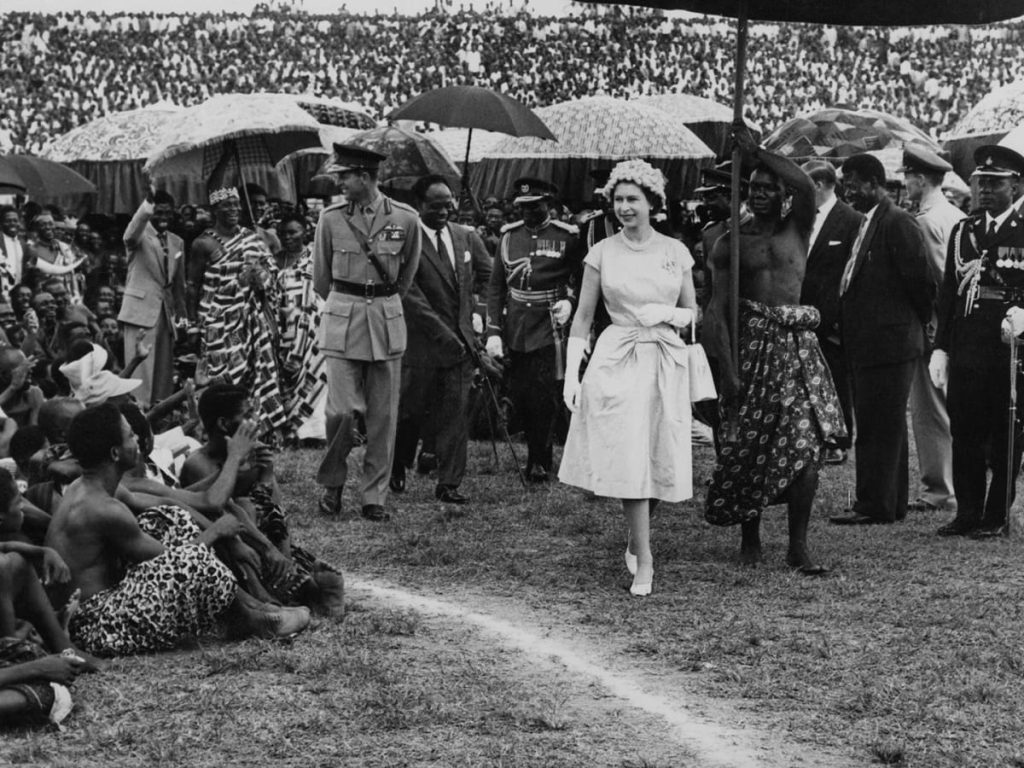 It has been a little over a week since the passing of England’s Queen Elizabeth II, and the reaction would prove to be – let’s say mixed to unfavorable. While normal news outlets would pay tribute, Black America would not be so reverent. From allusions to the family’s treatment of Princess Diana to the digging up of British colonial efforts, let’s just Black America was not moved by the death of one of the most powerful women in history.

Instead, they used some of the following as reasons for this irreverence.

Well, let’s start with Meghan Markle. One thing about black folk, is that we don’t play about other black folk. Especially, when these black folk are being elevated into typically white spaces. Prince Harry, who left his family in England, has been seen as a bit of a rogue in contrast to his brother, Prince William. William married a British woman, and very fondly seeks to uphold the royal family tradition. On the other end of the spectrum, Harry, married former actress, Meghan Markle, a black woman. Naturally, in a family that values its familial ties, there was always going to be some tension. This would ultimately lead to Harry’s decision to leave the family behind. In an exclusive interview with Oprah he admitted that he left due to “lack of understanding and support.”

Princess Diana still receives universal love and admiration. The Queen herself did admit in an interview shortly after her tragic death in Paris that she was fond of her. So, why is Black America bringing her up? The Queen is ultimately the key symbol of the entire royal family. Many aren’t fans of new Queen Camilla, who the world would learn had a secret relationship with Charles while with Diana. Diana, in an infamous 1995 interview stated, “… well, there were three of us in this marriage, so it was a bit crowded.” Shortly after Diana’s death in 1997, Charles and Camilla would go public with their relationship. This, even at the time, raised eyebrows. The fact that the family would be okay with the circumstances would make everyone view the family unfavorably.

The British Empire is arguably history’s most powerful. Despite many countries gaining independence, their influence is still prevalent. Professor Rinaldo Walcott puts it this way, “The Queen and the monarchy represent to me, the ongoing brutal history of colonization.” This is still widely the sentiment of many. Africa itself remains colonizers dream and would remain plundered by European powers. Britain has remained the biggest perpetrator of the bunch though.

While some of these things are not related directly to the Queen, many of them stare straight at the regime that she was the head of. However, you see it, the Queen will always have a complicated relationship with black people across the globe.