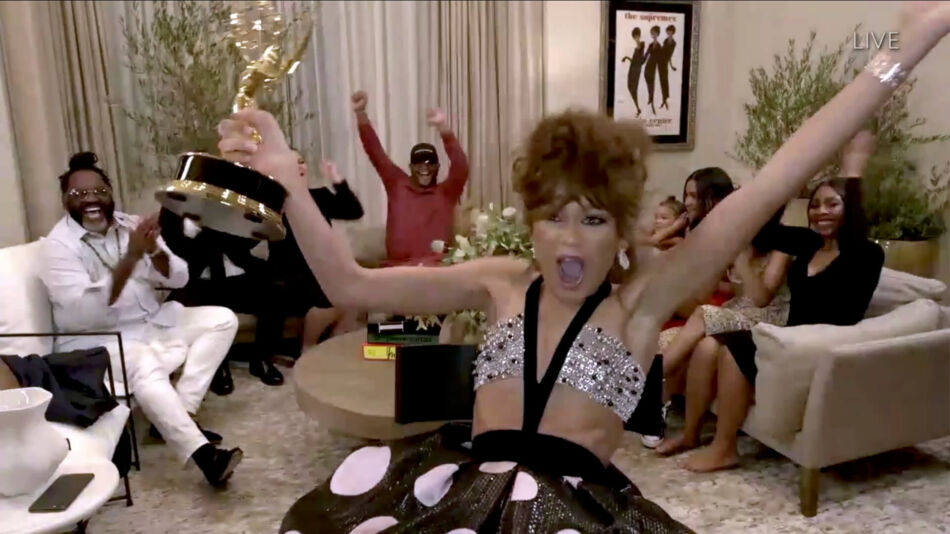 This year’s Emmy Awards were historic to say the least. Due to the coronavirus, the ceremony was of course virtual and socially distanced. Jimmy Kimmel returned this year as host for the third time and he referred to the show as the, “Pandemmy’s”.

There is no question that Black creatives shined. Many received their first Emmy wins! Actress Zendaya became the youngest actress to receive the award for Best Actress in a Drama for Euphoria on (HBO).  Actor Yahya Abdul- Mateen ll also received his first Emmy win for Outstanding Supporting Actor in a Limited Series or Movie for Watchmen (HBO). The show, Watchmen also won best-limited series.

For the first time ever a father and daughter both were awarded for their work at the same ceremony. Fans of the popular show This is Us are familiar with Ron Cephas Jones and his heart-breaking portrayal as the character William Hill. He was awarded the Outstanding Guest Actor in A Drama Series, and his daughter, Jasmine Cephas Jones, won for her work on Quibi’s #FreeRayshawn. She received the Outstanding Actress in A Short Form Comedy or Drama Series.

Actress Maya Rudolph cleaned up at this year’s awards. Many are huge fans of her role as Connie the Hormone Monstress on Netflix’s show Big Mouth. She took home the award for Outstanding Character Voice-Over Performance. In addition, Maya also received the award for Outstanding Guest actress in a Comedy Series for portraying Senator Kamala Harris on Saturday Night Live.

Finally, the ultra-talented Regina King received her fourth Emmy in her more than three-decade-long career. She took home the award for Best Lead Actress in A Limited Series or Movie. This is not the first year she has received this award. In 2018 she received the Best Lead Actress aware for her work on the 2018 Netflix drama Seven Seconds.

Ultimately if you were at home rooting for everyone Black, then you had quite a successful night!

Dominique Knight is a recent graduate of Rutgers New Brunswick. She received her bachelor's degree in Journalism and Media Studies. Despite being a native of Salem, New Jersey, she is more than happy to be a part of the InClub Magazine team. Dominique has always had a strong passion for music as well as Black Women. Fresh out of college she decided to start her own blog.