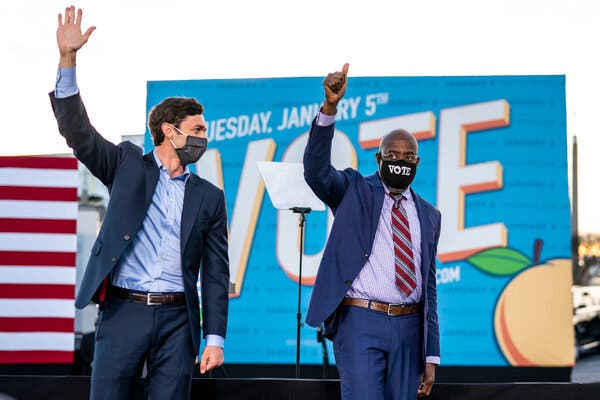 This has been a season for breaking through glass ceilings and making history. Raphael Warnock and Jon Ossoff have won Democratic senate seats from two Republican incumbents. Was it the well-oiled campaign machine that tore through GA causing Sens. David Perdue and Kelly Loeffler to lose the runoff? Was it that the People are simply ready for real change?

This is quite the victorious win for Democrats. Dems haven’t controlled the House of Representatives since the 111th Congress (2009-2011). This win in Georgia means a 50-50 split in the Senate. It gives the left wing the much sought after control it’s been seeking. Vice President-elect Kamala Harris will have the pleasure of casting tie-breaking votes. The power of Madam Vice Presidents vote would allow Dems to approve major components of Biden’s agenda, as well as his nominees.

A Trip Down Memory Lane

Remember when the GOP blocked some 500 pieces of legislation that President Barak Obama attempted to have passed? Some credit it to the Democrats being too liberal, while others hid under the Republican’s conservative religious values. Many people agreed that the republicans had a NO to everything spirit on them during 45’s 1st and 2nd 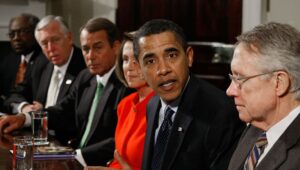 The Washington Republicans also known as the “Party of NO” was successful in keeping President Obama from nominating a Supreme Court justice in 2016.

Then: The Senate Majority Leader Mitch McConnell said in a statement on February 13, 2016, “The American people should have a voice in the selection of their next Supreme Court Justice. Therefore, this vacancy should not be filled until we have a new President.”

Now: Fast forward to September 21st 2020, Republican Senator Lindsay Graham makes this statement justifying the hypocrisy surrounding the filling of Supreme Court seat once occupied by the late Justice Ruth Bader Ginsburg. “I therefore think it is important that we proceed expeditiously to process any nomination made by President Trump to fill this vacancy. I am certain if the shoe were on the other foot, you would do the same,” 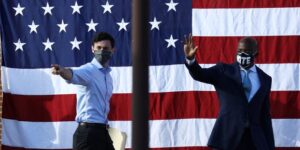 “Georgia, I am honored by the faith you have shown in me, “Warnock said in a video statement. I am going to the Senate to work for all of Georgia.”

This win in GA makes Warnock the first Black senator from Georgia. Ossoff will become the youngest Democratic Senator elected to the House of Representatives.

“I am honored, honored by your support, by your confidence by your trust, and I will look forward to serving you in the United States Senate with integrity with humility, with honor and getting things done for the people of Georgia,” Osoff told supporters in a video livestream.

How Did They Do It?

I’d say it was the grass roots efforts of Stacey Abrams and many other organizations in Georgia. Some credit the “Bring Us Together” runoff ads, but the young Georgians turned to TikTok.  There were many techniques to get the attention of Georgians, which was desperately needed for this historical win. I think we’d all agree that they worked stronger together than separate. Together with their allies, the Senate candidates spent over $200 million on TV and radio ads in the beginning phase of the race.

Get into it because with all the victories that the Democrats just gained, after January 20th I don’t think anyone will be asking the question “How did they do it?” That’s on “Mary had a little lamb.”