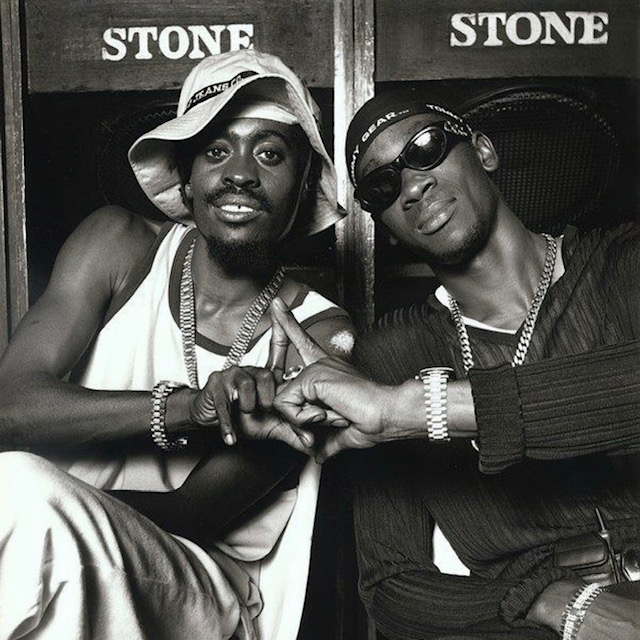 On August 10th Billboard published a digital cover story about Verzuz–the widely popular social media phenomenon launched by legendary producers Swizz Beatz and Timbaland. What began as a display on Instagram live of the friendly, long time rivalry between these iconic producers, soon turned into a pivotal cultural moment.

The battles started at the height of the nationwide quarantine. Swizz and Timbaland capitalized on this unique opportunity to uplift us all from the comfort and safety of our own homes. The battles featured Teddy Riley, Baby Face, Jill Scott, Erykah Badu, John Legend, Alicia Keys, Kirk Franklin, DMX, Snoop Dogg, and so many more admired, and well-respected Black artists and entertainers.

Billboard Magazine and “The Verzuz Effect”

It was no surprise that Billboard ran a story about this, especially since Swizz and Timbaland have now partnered with Apple Music. Verzuz has blossomed into nothing short of a musical prodigy—its a start to what will surely be the future of music and entertainment.

However, the publication came under fire for the cover art that included Swizz, Timbaland and a few artists that have participated in battles, but notably excluded Jamaican artists Beenie Man and Bounty Killer.

Obviously, everyone can’t be included on the cover. Most artists are mentioned in the article itself including Beenie Man and Bounty Killer. But the decision to omit these artists in particular from the cover art cannot be ignored.

Swizz Beatz has expressed that his idea for the format of Verzuz was inspired by the Jamaican musical tradition of “sound clash”. During a sound clash crew members or artists who are rivals go head to head in a “battle” to see who has the better skills as a performer or DJ. This practice dates back to the 1950’s and was at the height of its popularity in the 1990’s when Beenie Man and Bounty Killer often went head to head in front of audiences of thousands. These two artists deserve the credit for bringing sound clash culture and Dancehall to the world—inspiring artists like Swizz, Diddy, DJ Khaled, No Doubt, Nicki Minaj and many more.

Moreover, Swizz has said that the Verzuz Memorial Weekend battle between Beenie Man and Bounty Killer is one of the platform’s top three most watched lives. It garnered over five hundred thousand live viewers, was trending number one on Twitter, had a ton of celebrities tuned in, spiked Beenie and Bounty’s Spotify streaming numbers and was well talked about for days after. The battle was even covered by major news outlets like CNN.

It was the first Verzuz battle featuring international artists and the first to have both performers go head to head in person. It had all the trappings of a real sound clash: a preshow to warm us up, Beenie and Bounty arriving well dressed, and a lyrics for lyrics mash up where both artists performed songs on the spot in true clash style. It was a big moment for the culture. Swizz and Timbaland has since changed the format of the Verzuz to have artists conduct battles in person —a move that they explained was inspired by Beenie and Bounty.

Swizz Beatz has made a concerted effort to rectify Billboard’s clear blunder by photoshopping the original cover art to include photos of Beenie and Bounty. He posted the new cover on his Instagram page and captioned: “To our fans, while we are honored that Verzuz made the over of Billboard this would not have been possible without Beenie Man and Bounty Killer who set a big tone for our audience and presented for Jamaica. Thank you Billboard for the acknowledgement, but we feel this version of the cover best represents THE VERZUZ EFFECT.” The edited photo was also posted on Timbaland’s and the platform’s Instagram page.

While this response from Swizz and Timbaland was much needed, fans of the Dancehall artists want Billboard to acknowledge their mistake publicly. Beenie and Bounty have also called out the publication for this blatant oversight. It is yet another display of how the contributions of Jamaican artists have gone overlooked. Jamaican culture is one of the most appropriated cultures in the world, and that primarily stems from the influence of Reggae and Dancehall music. Although Billboard is an American magazine, and Verzuz an American platform, in order to cover Black music its important to include diasporic contributions as well—of which Jamaicans are very much a part of.

I suppose I should apologize for the biases that will ultimately inform this piece because I’m Jamaican. We all would like to think that we’re objective, especially when it matters, but we’re not. Alternative facts have always existed in theory and practice—Kellyanne Conway just gave us the internet worthy lingo and we ran with it.

I hope no one is as old as I was when I accepted this. Call it spin, propaganda, public relations, etc., but people have always had a complex relationship with the truth; maybe more so now than ever.

We don’t usually have to confront our biases or that of others because we often surround ourselves with people who think a lot like us. We align ourselves with the people, media outlets, and internet pockets that suit our already accepted truths about the world and our cultures. We don’t challenge ourselves and our long-held notions by having conversations with people who think differently or lead completely different lives.

To be honest, I carry about my life in much the same way. I try to have rich conversations with varying perspectives, but then I get a bit nervous when I feel the argument pivots too much from my beliefs and I shy away.

But then a moment comes along where I recognize the reason certain biases have endured is because of this very practice. We dip our toes into the shallow end of the pool and call it trying. You have that one Black friend from college, or a company promotes one woman to their board of directors and then they ask, “are we doing it yet? Is this progress?”

That one little change still affords you plenty of room to continue operating as you always have. Its not a shake up or a restructuring. And boy do we need some widespread restructuring.

This cover story from Billboard is an example of why we need radical change. Billboard Magazine is an institution in itself, and it is these kinds of institutions that nurture biases. The tragedy of this is that we desire their recognition. We seek to be validated by these institutions so we can feel self-actualized, relevant, and free. I mean, are you really important if Billboard doesn’t have you on their cover? Are you really an artist if you haven’t won a Grammy?

We depend on these institutions to recognize us, but their real function is to sustain biases and by extension sustain white supremacy. They exist to help marginalize us and uphold racist and prejudiced status quos. This is of course not just Billboard, but a number of cultural intuitions including the mainstream media, the Christian church, and the entertainment industry.