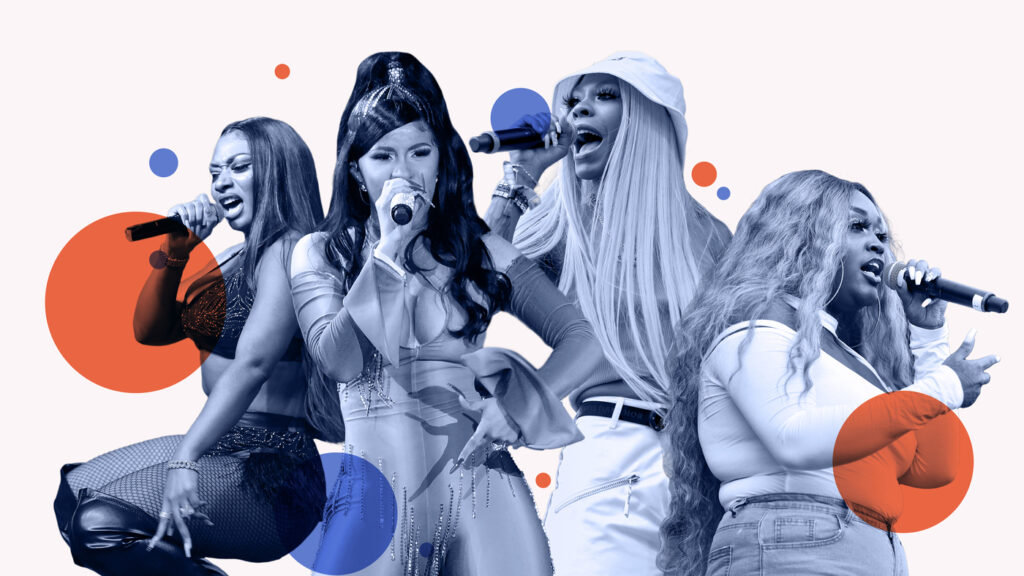 Most of us know Halle Berry as the first African American woman to win an academy award for best actress. But we’ve never seen her direct or produce her work. The film Bruised, which she directed and starred in, will be released later this month. Berry had to fight for her place as a director despite her decades-long resume. She debuted as a director and shared her journey in a recent interview with Entertainment Weekly.

Halle Berry directing a film isn’t the least bit shocking. With over 25 years in the game, it seems like a natural progression. However, it’s the hip-hop soundtrack that has us scratching our heads. Berry has joined forces with the “WAP” lyricist Cardi B, who seems to have her hand on the pulse in today’s female hip hop scene.

Both women are no strangers to success. Together these two have made history by executive producing the first all-female hip hip soundtrack of our time”, which coincidentally drops during Hip Hop History Month.

During an interview last week, Halle Berry debuted her new IG series titled “5 rounds, featuring Cardi as her first guest, which we didn’t know we needed. If you’re having a hard time picturing them working together, this mini-series does a great job of bringing it all together. During their brief interaction on camera, you can see mutual love, admiration, respect for one another.

Both women work in competitive male-dominated industries that tend to promote drama and jealously as a way to ignite competition. With the constant pressure for female rappers to one-up each other, we could use more women empowering rap collabs like this to level the playing field.

“Seems a bit iconic..” is what Halle tweeted on November 8th, and we couldn’t agree more. 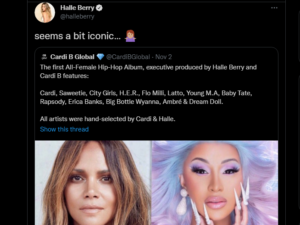 We hope this isn’t the last we see of these dope female bosses working together.

“Bruised” is set to debut on Netflix the day before Thanksgiving, November 24th. The soundtrack for the movie will drop on November 19th. Thus far, Halle Berry and Cardi B have released a single named “Scared” by the City Girls, and it’s worth taking a listen.

Saweetie, H.E.R., and Latto are a few names that will be featured throughout the soundtrack.

What started as a simple collaboration turned into a legendary business move. We are here for the Halle Berry x Cardi B link-up.