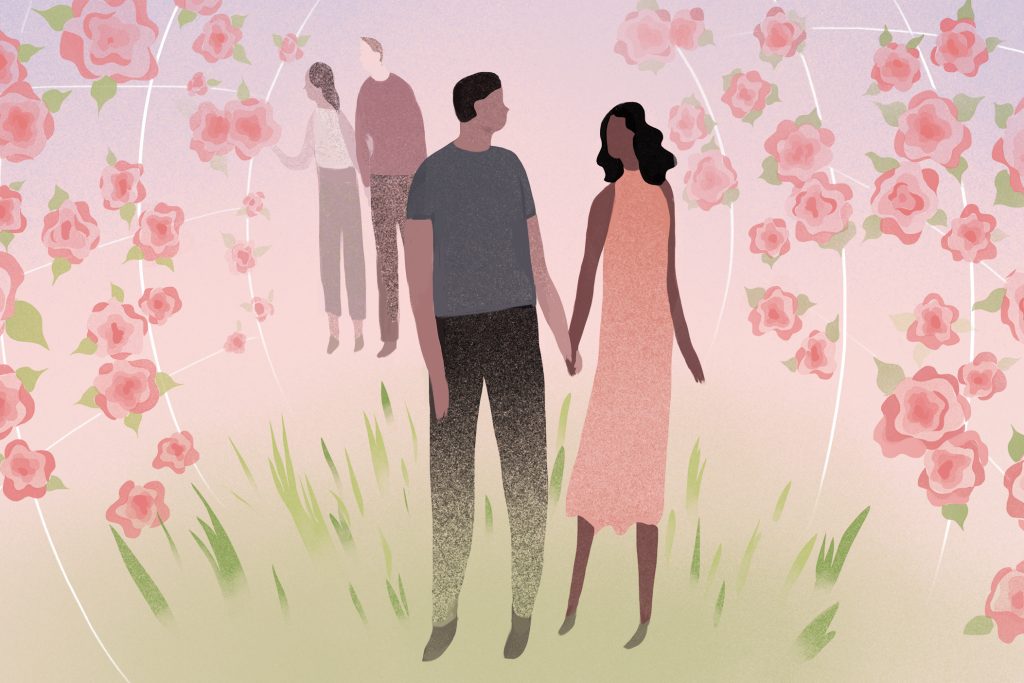 I watched the NBA Draft back in June and could not help but notice the amount of interracial relationships. Apparently, social media noticed this as well. One Twitter user called the NBA, “National Biracial Association.” Another commented, “…darkskin men realizing they are going extinct due to their own preference…” In fact, if you look around pro sports, this is kind of a thing. Serena Williams, Tiger Woods, and Michael Jordan are just a few examples of sports icons who have married outside of their race. This is inadvertently, a small piece of a generations old argument surrounding the high profile, yet somewhat subtle rift between black men and women.

You would be hard pressed to find where this whole rift actually began, but the issues are rooted in racism. We live in a world where systemic racism is prevalent. A world that has historically told us that “white is right.” A world where beauty standards are Eurocentric. The other thing that is worth note here, is what society has historically told us about gender roles. You see, images throughout this country’s history tell us what our relationships are supposed to look like. Let us not also forget, that we do live in a systemically male dominated society.

The public opinion on the relationship between black men and women is a tale of realms. In some realms you see the two exhorting each other, often seeing black women reminding black men that they are kings, and black men celebrating black women in many capacities. On the other end of the spectrum, there is a growing sentiment amongst black women that they need to “date outside of the race.” Black women are simply taking a look around and noticing a contingent of high – profile black men ending up with white women.

This phenomenon isn’t new and also not as pervasive as we think. The  just media has a way of making things bigger than they actually are. It is, however, enough to be a contributing factor to much of the frustration amongst black women in reference to their male counterparts. Kanye West told this story in the second verse of his hit “Gold Digger” culminating with the words, “… when he get on, he leave yo’ … for a white girl.” We laughed then, but Kanye was telling us something.

On the other end, black men’s disdain for black women is pretty complex in its simplicity. The term “emasculation” has been making the rounds on social media in reference to the two sides’ relationship. Many black men feel as if black women fail to “submit” in the same way the see them submit. Some black men have felt that they are more submissive to white men. (This submission is a slight deferral of their independence, which allows the man to lead.) Much of the gripe of black men is that to them black women do not want to submit, which makes them difficult to deal with.

“The War of Words”