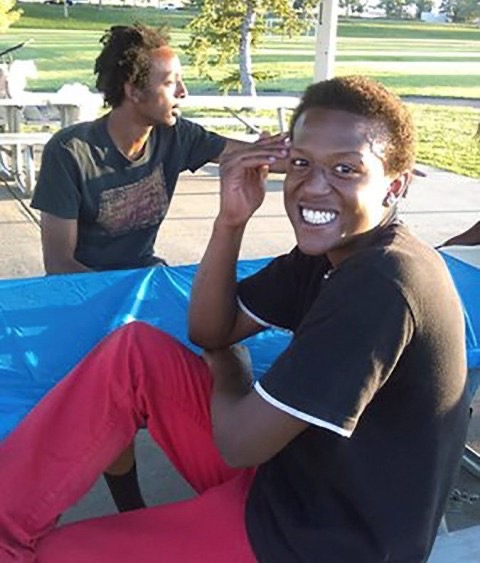 23-year-old Elijah McClain died in August of 2019 after an encounter with the police in Aurora, Colorado. McClain was walking home from a convenience store on the evening of August 24th when someone called 911 saying McClain looked “sketchy” and was wearing a ski mask and waving his arms.

McClain was approached by police on his way home. He told police he was an introvert and asked that the officers please respect his boundaries. Police told McClain they had a right to interrogate him and wrestled McClain to the ground. Police put McClain in a carotid hold which rendered him unconscious.

The paramedics who were called to the scene injected McClain with ketamine and he went into cardiac arrest on the way to the hospital. Unfortunately, Elijah McClain died a few days later. His cause of death was ruled “undetermined”.

McClain suffered from chronic asthma and anemia. The body cam video footage of his encounter with police was eventually released and it shows that he was in clear distress. All three officers involved in the incident, Officers Woodyard, Rosenblatt and Roedema, laid on top of McClain, later reporting that he reached for an officer’s weapon and was “acting crazy.”

However, Elijah McClain can be heard in the video apologizing to officers as he vomits and pleads that he cannot breathe properly. But they continued to restrain him even as he was unable to resist. All three officers were placed on leave but have since been reinstated and criminal charges were not filed against them.

What’s so poignant about Elijah McClain’s story is that it represents a profound truth about encounters with the police. McClain says in the video footage that he has a “right” to walk in his own neighborhood and that police should respect his boundaries. His boundaries are then quickly dismissed and violated.

It should be demonstrative to us that there are no boundaries on black bodies. Black people are seen as entities without self-possession. Therefore, when we exercise our rights, establish our own boundaries, and self identify, we face great resistance. There are boundaries already set for us and we are expected to operate only in those limits. These are parameters that are supposed to inform us of what we can do with our bodies. We can be “thugs” but we can’t be introverted violin players. We can be touched but we can’t be defensive. And at any moment those boundaries can shift in favor of our oppressor, in Elijah’s case this was the police, but it doesn’t change in favor of Black people. Therefore law enforcement can murder a Black man and get away with it because the boundaries for how black bodies are acted upon is limitless.

This case has garnered attention in the wake of protests over the death of George Floyd, Breonna Taylor and Ahmaud Arbery. McClain’s family has since pushed for police reform. Interim police chief in Aurora, Colorado, Vanessa Wilson, announced a ban on carotid holds and officers are now required to report excessive force used by their colleagues, and to announce their intention to use deadly force before firing a weapon.

According to the Denver Post Wilson also fired two police officers on Friday who posted a photograph reenacting a choke-hold near the site of McClain’s arrest.

McClain’s death is currently under investigation by an independent panel led by city manager Jim Twombly.