Fashion is as much a character on a show as the music is, or the even the characters themselves. Fashion lets the viewers immediately know what type of character the person is. Before they even have a chance to say a word, their clothing will speak volumes. And I know personally for me, my eyes will go straight to what the person is wearing. So as a person that loves TV and fashion, it’s time to have this conversation. Here are the best dressed TV characters of all time.

Disclaimer: This list may not contain some of your favorites. But that is my point. This list focuses on the ones that may have been overlooked or underrated because there was another character that took the spotlight. But these characters deserve the praise just as much.

Let’s start this list of in the 1980s. With her vintage silk blouses and jackets, Blanche’s style is hard to forget. Flirty, fun, bold, sexy with attitude to spare – her style spoke exactly who she was as a character. Even her sleepwear was unforgettable. She had a penchant for pieces with peplum waists and almost never said no to a little bedazzlement. She’s the perfect person to start this list of with because she was truly a fashion icon and truly considered to be best dressed. R.I.P to the late, great Rue McClanahan. 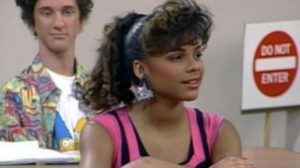 Still in the 80s and early 90s, we have to talk about Lisa Turtle from Saved by the Bell. Lisa was a true standout on that show. Being the only black girl on the show, and being one of the main cast members, must not have been easy. But Lark Voorhies made sure we would never forget Lisa. The original IT Girl, everything Lisa wore was perfect 90s fashion. 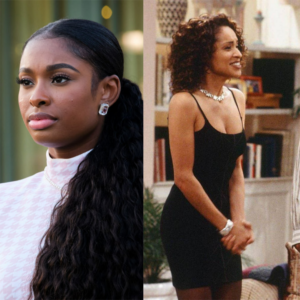 From the very first episode in 1990 when she walked through the door and asked her father for $300 in a monochromatic suit look, it was known that Hilary would be serving looks. Combining sexy with elegant, Hilary had a style all her own. It was recognizable even to this day. She left a legacy. And that legacy got carried on by the new Hilary Banks, played by Coco Jones, in the reboot, BelAir. The very first character I thought to add to a best dressed list was Hilary. Fashion is embedded into the character of Hilary Banks and both Karyn and Coco made sure that was known. 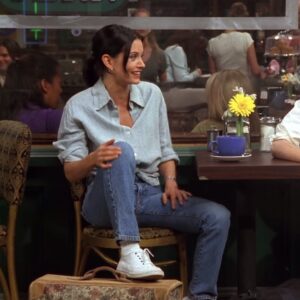 Moving along to the mid- 90s, we stop at Monica Geller. Now, I know what you are all thinking. What about Rachel Green? Yes, Rachel Green’s style was epic and no one is taking that away from her. But, I can argue that Monica’s style was just as epic and she deserves a place on this list and any list of best dressed characters. While Rachel was preppy and girly, Monica was edgy –  the style that was longstanding. The queen of the jeans and t-shirt, or the jeans and sweater – the girl knew how to make outfits that are worth re-creating now in 2022. Take a rewatch of F.R.I.E.N.D.S and tell me that you don’t look at Monica’s outfits just a little more. I know I did – during my many rewatches. 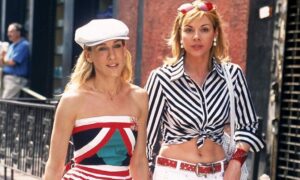 Heading to the late 90s, we enter the era of Sex and the City. This show brought us Carrie Bradshaw, the struggling writer who always found money to make sure her wardrobe was on point. However, I’m not here to talk about Carrie. Everyone knows that Carrie Bradshaw is the epitome of best dressed. I’m here to talk about Samantha. Samantha Jones, the bold, promiscuous, honest, loyal counterpart to Carrie. And her wardrobe represented exactly that. Her style was undeniably fierce, sexy, and when required professional af. She deserves this just as much as Carrie Bradshaw. 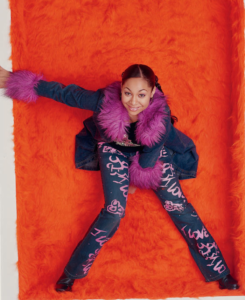 I know what you all are thinking. Raven Baxter? As in That’s So Raven? Yup – that’s her! You all can’t sit here and tell me when Raven hit the screens in the early 2000s, that you weren’t fawning over her outfits. I know I was. From leopard print to sheer to mesh to feathers, Raven was chic and trendy and always looked ready to take on the world. 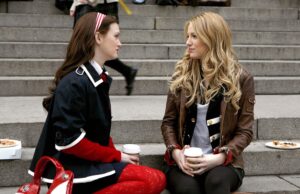 Now there is no best dressed TV character list in the entire world that doesn’t involve Blair & Serena. From the beginning in 2007 when the show premiered, their friendship ups and downs gave us headaches, but their style gave us life. Each character’s style were distinctly theirs. And while people tend to compare the two, both deserve all the accolades. From Blair’s preppy, put together outfits to Serena’s laid back playful outfits, the two different styles complemented their personalities to a tee. So next time you want to compare the two styles, don’t because they both are top tier. 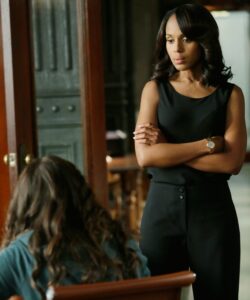 The queen of the neutrals – beige, gray, black and white, Ms. Oliva Pope had a wardrobe that embodied powerful yet classy. She showed us that you don’t need tons of color in your wardrobe to make a statement and that neutrals speak just fine. Looking impossibly flawless throughout the series, even when her situations exactly weren’t, she took control of any room she was in – not just through her words, but her clothing as well. 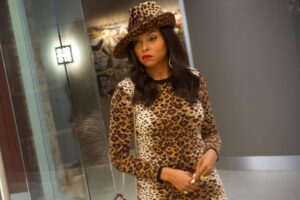 The real street-style meets runway can be found in no one other than Cookie Lyons. When Empire premiered in 2015, we knew immediately that there was nothing too loud or too bold that Cookie wasn’t afraid to try. With a strong mixed-print game and a recognition that all occasions require some leopard print and gold hoops, Cookie’s style is hard to forget. Avant-garde mixed with ready-to-wear – it doesn’t get any better than that. Best Dressed wouldn’t be best dressed without Ms. Cookie Lyons.

With Black-ish coming to an end, I really started to think on my favorite moments. And some of the best moments was seeing what Zoey Johnson was going to wear. When she transitioned from Black-ish to Grown-ish, her style transitioned too. She began to solidify herself in the fashion icon status life. She developed more and more of her signature style which is a combination of designer pieces mixed with affordable staples – Dre Johnson is her father after all. Even though I 100% believe that Zoey did not have much character growth over her four  years at Cal-U, her style for sure grew. It was a pleasure watching her style evolve as her instinct to trust her gut more evolved as well. Watch out world, she’s in New York now. 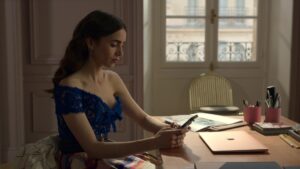 Of course, to end this list, I must end with the show, where every episode, the fashion takes center stage. It’s hard to not include Emily Cooper from Netflix’s 2020, Emily in Paris on this list. An American girl goes to live in Paris for a year – count me in. The stark contrast between Emily’s American style and the Parisian style of her friends she meets while there is obvious. This may be controversial because I’ve read plenty of tweets where Emily’s style is met with disdain especially when compared to her counterpart of Camille. But the two are clearly very different – like Blair and Serena. Comparing the two just makes it feel like one is better, when both are simply different. Emily’s bold mixing print style works well for her Americanized personality, and I honestly love watching and waiting for what she will wear next.

Honestly, there are more characters I could add to this list. Characters like Don Draper, and Fran Drescher, and Jess Day and Lucy Ricardo, even the Kardashians – but we would here for a while. My point is however, that the next time you watch a show, watch what they are wearing. You will be surprised just how fashion can change your take on a character – whether for good or for bad. Oh and while you’re at it, you may discover your new favorite TV obsession.