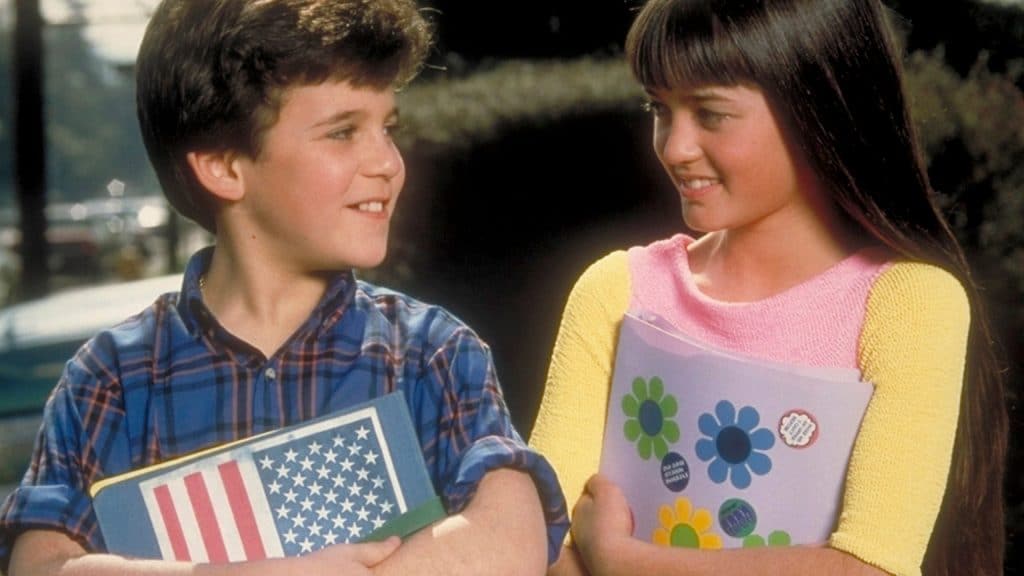 In light of the fact that on Instagram many folks post a happily looking couple as their “relationship goal” got me thinking about the couples I grew up thinking would be pretty sweet to have a relationship like theirs. I grew up with my 5 cousins and my uncle. But for most of my life, when their was a girl group or three main female characters on a TV show, my uncle Angelo, my cousin Anthony and I always ended up fighting over who was whose girlfriend. After much bloodshed, we became more civilized even though I still believed it to have been foul play involved. We would draw straws or play Rock, Paper, Scissors to see who gets first pick. It was a simpler time before any of us had a real girlfriend!

Angelo and Tony were older than I so they had girlfriends before me. Girlfriend’s back then meant you could come sit on my porch with me and have a sip of my hug (as in the sugary nostalgic drink). Since we are talking about relationships we thought it fit to place it under then inspiring section. So hopefully if your not inspired to rethink your relationship goals you at least enjoyed taking a trip back down memory lane when to TV’s best girlfriends of all time.

To be honest, she made the list simply because she is played by Nia Long. She is the girl who makes Will hang up his playa jacket. Their relationship ended very weirdly however, they almost got married twice and end up calling it off and becoming stepbrother and sister when Lisa’s father and Will’s mother ended up marrying. It is weird to even write that so we will just go back to the original statement that, well, she was played by Nia Long, which makes everything all right. Nia Long!!!!

I blame my cousin Anthony for me even knowing this show existed. Somehow I found myself enjoying the show, understanding every little nuance of it. Joey Potter, played by Katie Holmes, was the girl next door. Joey, throughout the series, has many love interests, hook- ups and break-ups. But it is her relationship with Pacey that survives it all. Like love, it covers a multitude and in the finale they are found together at the end of a long roller coaster of a life. The roads are not easy but it is cool to see even after many mistakes grace can still bring us back to love again.

Played by the late and beautiful Michelle Thomas, Myra was originally set up to get Steve to leave Laura alone. In my opinion, Steve and Myra made a far better couple then he and Laura. Myra was beautiful, intelligent and liked him for the suspender wearing nerd that he was. Which is why she makes the list of best girlfriends of all time. Nice to talk to and look at is always a great combination. Sadly however, she became to Steve what Steve had been to Laura for so long, annoying and obsessive. Not something you want to mention in your bio on Christian Mingle.

Saved by the Bell, Lisa Turtle, (girlfriend to Screech Powers)

Probably could be closer to the top of the list had they been the main stars of the show, but nonetheless “Leech” as they are collectively known were truly a power couple. Lisa Turtle, played by Lark Voorhies, was beautiful and a trendsetter, (you can see she inspired the later, ‘Clarissa Explains it All), with her style. Screech and Lisa were the epitome of beauty and academic prowess. Lisa also made it clear that the nice guy no longer finishes last and nerds have come back with a vengeance.

Man they just do not make TV shows like this anymore; The Wonder Years was truly a coming of age show. Winnie Cooper, literally the girl next door, was the love interest of super nice guy Kevin Arnold. Kevin was nice—I would let him date my sister. Gwendolyn “Winnie” Cooper was involved in every important moment in Kevin’s life. They shared a first kissed and even decided to wait to have sex. Unfortunately for us Wonder Years fans, the two never end up together. After an 8 year trip overseas, Winnie returns greeted by Kevin, his wife and first child. For all the years before that heart-breaking moment is what lands them in the number 2 spot. Wondering who is 1st?

For those that know me, this is no big shock. One might even say I am biased; nevertheless I have more than enough reasons for why Topanga is the best girlfriend of all time. Cool back-story about the strange name is that ‘Topanga’, is a canyon in California that hippies would frequent. One of the writers got stuck in traffic while driving through there and decided it suited the character.

Topanga was to Boy Meets World, what Hermione Granger is in Harry Potter. She was a strange girl with a hippie and eccentric personality with concerns about the world and harmony. She became a witty and incredibly gorgeous over achiever who would later be accepted to Yale and Law school at NYU. From its inception until season 3, she has been the love of Cory’s life. She turned down Yale to stay close to him and was a loving and supportive friend to both Cory and Cory’s best friend Sean Hunter. The couple ends up together in the end—even married and with children in a spin-off. Cory’s love for Topanga was only second to her love for him. No other couple on this list ends up married so it is fitting that Topanga is the best girlfriend of all time.