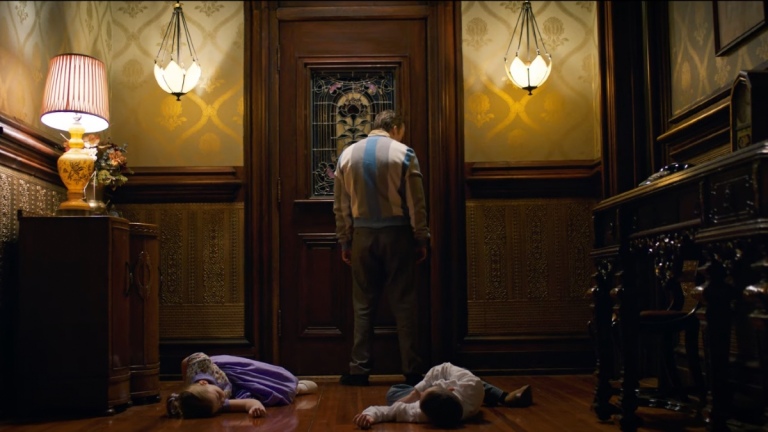 I have never seen an episode of Stranger Things. I know, crazy right! So my reaction to the new season’s trailer was from the perspective of someone who has no idea what is happening. But did the trailer peak my interest? Do I now want to watch the other seasons before the season 4 premiere in 2022? Those are the questions that I will answer at the end, but first let’s talk about why this trailer was definitely intriguing.

It’s Ella Fitzgerald for me. The nostalgia hit me like a storm as soon as the trailer starts with the jazz trumpet and the vocals of Ella. You are transported to the 1950s as this seemingly perfect family moves into a house. The background noise grows increasingly louder as the song grows increasingly more haunting. It’s the perfect song choice to draw in not only fans of the show, but new viewers as well.

Accompanying the vocals and music were the equally as stunning visuals. As the sound grew more and more terrifying, lights flickered, a dead animal was found outside, the static of the radio grew louder, and a shot of the two children dead on the floor flashed across the screen. Then it jumped to the present day where the stars of the show, Joyce, Jim, Mike, Eleven, Dustin, Lucas, Nancy, Jonathan, and Karen, head into the haunted house and look for clues.  Various clips from the new season flashed across my small screen with a ticking sound in the background letting us know that they are racing against the clock. They need to handle all of these strange things before time runs out

Now to answer the questions I posed above. Did the trailer peak my interest? Yes, I was creeped out, but honestly curious all at once. Do I want to watch the other seasons? More than before. I want to know all about the other supernatural creatures the kids came across the past 4 years. The trailer did what a trailer should do – it kept die hard fans interested but also peaked the interest of new viewers who have now just discovered a new show to binge watch – thanks Netflix.