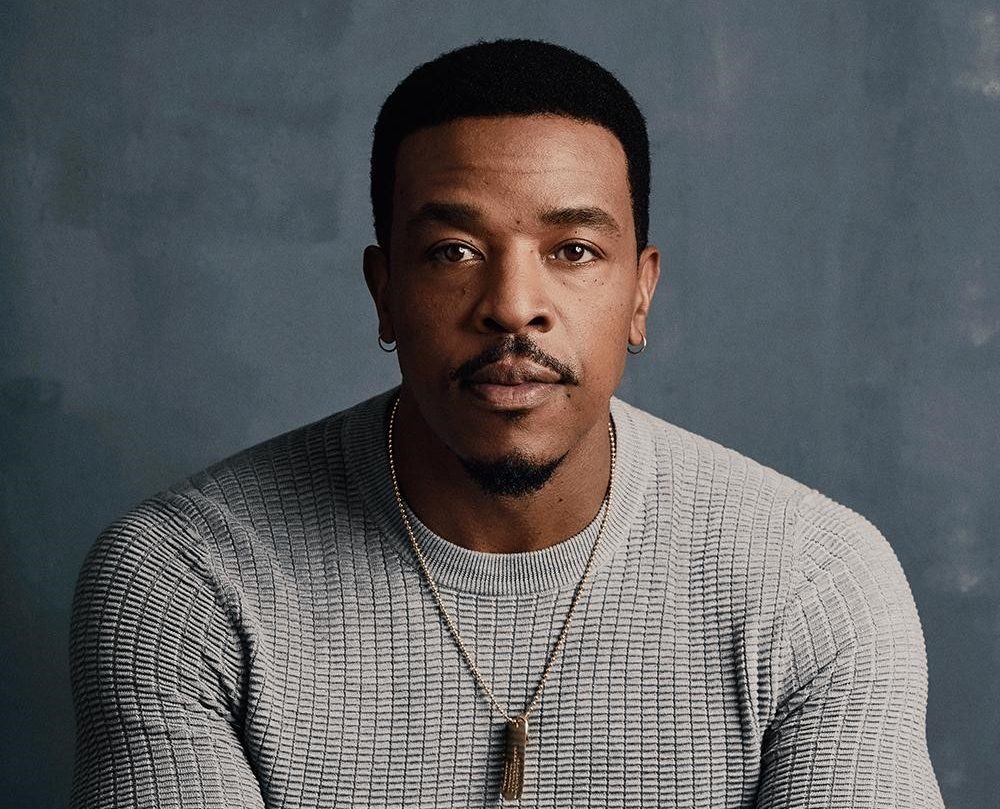 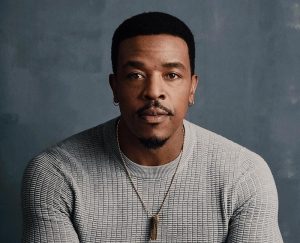 Some actors are just phenomenal at their job. You tend to wonder how did they get to this moment. What did it take to go down this path in life? These outstanding actors pour their blood, sweat, and tears into a role, and the audience feeds on it like food for the soul.

Actors such as Denzel Washington, Angela Bassett, Viola Davis, and the late great Chadwick Boseman are actors who live forever in our minds as some of the best. They are memorable, and their performances are powerful, but just like we look at these particular actors, I take a close look at their counterparts. Those who act alongside them, whose performances are just as powerful, may not have the recognition that other actors have. Their time is now. In this case, Russell Hornsby’s time has always been now. It is time to dive into the life of phenomenal actor Russell Hornsby and unpack what has led him to this very moment.

I can remember watching the film adaptation of Fences for the first time and observing Russell Hornsby’s scenes with his father, performed by Denzel Washington. I can recall thinking, “This man does not miss!” His performances are so assertive and striking. Hornsby’s approach to his roles manages to control the room. Hornsby harbors a powerful presence.

I am snitching on myself here; one year, I attended the Urban World Film Festival in New York, where they premiered the film The Hate You Give. I knew of the infamous Angie Thomas and was interested in seeing it. When I tell you, I left in tears; it was hard to keep my composure as I headed for the Megabus back to Philly. I am not being dramatic here but instead being real. I will always commend an actor for reeling the audience in and making them feel a part of the journey. Each actor did a phenomenal job and evoked so much emotion that it all felt honest and genuine. 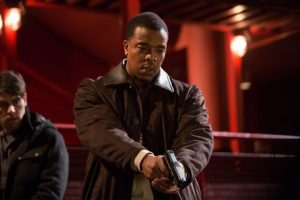 From Lincoln Heights to BMF, his ability to totally transform a character allows an emotional and relatable connection to them. You hate him, love him, and even sympathize with him. In some ways, Russell Hornsby manages to narrate the stories of the black men that are unique and retain their strength, struggle, emotional baggage, the inner fight, and triumphs. It makes you wonder what his strategy is when deciding on a role. Each character he’s chosen is different yet important; It creates a space for discussion. Russell Hornsby’s range allows him to tap into many avenues that leave a long-lasting impression.

Who is Russell Hornsby 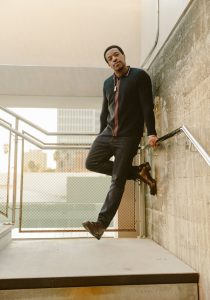 Russell Hornsby was born May 15, 1974, in San Fransico, then raised in Oakland, California. He grew up with his mother, Diane Hornsby, and brother. Russell expressed in a recent podcast entitled “Reppin’” that his mother raised him to be well-rounded. In the podcast, Russell discusses his life going to alternative schools, one being predominately black and another not so much. He’d recount stories of how he played soccer with locals in his upper-middle-class neighborhood but ran with boys on the other side of the tracks.

There was a sense of awareness Hornsby gained with a diverse background. The knowledge of knowing “who you are and where you came from.” It helped him understand people, music, and overall culture. Hornsby attended St. Mary’s College Highschool (a Catholic School)  in Berkley, California. This is where his love for acting began. From there, Hornsby attended Boston University, graduating with a degree in Theatre. Following graduation, Hornsby attended the British American Drama Academy.

Hornsby later moved to New York after receiving a scholarship and would reside there for a year until he became financially incapable of supporting himself. He returned to Boston after a previous professor offered him a part in August Wilson’s “Six Degrees of Separation.” From there, he worked as a janitor, bouncing from home to the next, sleeping on friend’s couches. Eventually, Hornsby moved back to California in 2000.

By this time, Russell Hornsby premiered in his cinematic debut role as Guy in the film Woo with Jada Pickett Smith and Law and Order as Danny Ruiz. By 2001 his television career took off. Hornsby later married in 2008 to wife Denise Walker, and together, they have two children.

To be impeccable with your word. 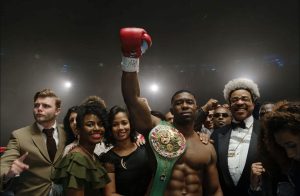 Overall, one thing I can take away from Russell Hornsby is to be impeccable with your words. Hornsby expresses the actor’s intent and the importance of carrying yourself as a “professional”; to be a “contributing member to society.” When approaching a character, it is imperative to have “intention and passion.” There is no denying that Russell Hornsby does this and more.

His words are impeccable and do not go against his values or what he “believes to be true” – The Four Agreements. I believe this is what separates Russell Hornsby from other actors. Actors impart themselves into their characters. There are trademarks with every actor, whether it is a laugh, a distinctive walk, a tick,  or an infamous phrase. For Denzel Washington, it is his cadence; when he speaks, it has a purpose. Hornsby’s trademark is his composure. When you watch him on screen, his energy is calm and present. He is attentive to his fellow actors and responds with intention. It is like he glides into a room and demands the attention of others. This can only happen when you know yourself outside of the character.

As an actor, sometimes I feel like we spend more time worrying about our nervousness than being present in the scene. Or we focus primarily on the lines and forget to listen. Knowing your truths allows you to step into a role that aligns with your values and portray a character that will enable you to tell what you’ve already lived and learned. In conclusion, this reflects on the screen. We see this type of presence when watching Harry Belefonte, Sydney Poiter, and Denzel Washington. Hornsby is not one to be shy, nor does his performance lack, but he is also charismatic yet assertive. You remember actors who are grounded in the scene and make brilliant choices. I’d place Russell Hornsby in this category. Though some may not know him well, you will in due time. Russell Hornsby has never shied away from the lead role, but his recent roles have allowed others to become more acquainted with his work. 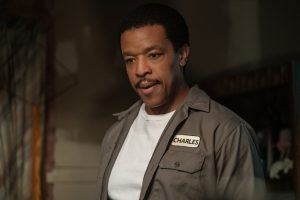