The news hit that there would be a new movie about Serena and Venus Williams’ father, Richard Williams. Excitement grew because of this news. Will Smith will be playing the title role. Excitement grew even more. The trailer hit the internet and well, you could only imagine the goosebumps, the anticipation, the joy, that viewers from all over collectively experienced and as more and more trailers were released, the anticipation grows even more. This movie would change the game. So it is only right to list some key moments, spoken by various characters in the new King Richard trailer that got us excited – and this list will not include anything about the new song “Be Alive” by Beyonce that is featured in the trailer because we all know and recognize that the song is just chefs kiss..so moving along.

Moment 1: “No one is taking that bet” 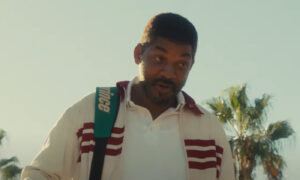 Richard Williams is trying to convince the head of the tennis club to take a risk on Serena and Venus and he is immediately shut down. The Williams sister have talent, but they don’t have the “unlimited financial resources” necessary and that is the hard truth. There is a popular saying that says money makes the world go ’round and unfortunately that is true. This means that families who don’t have much of it can’t get their footing right in the world. This sets the viewers up right at the beginning. We know immediately that this is a story of grit, fire, talent and succeeding against all odds. Everyone loves a good underdog – in this world filled with money and whiteness, Serena and Venus were definitely the underdogs.

Moment 2: “You gonna show them how dangerous you are?” 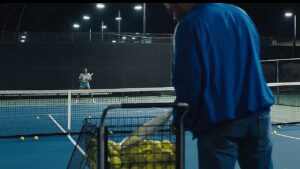 There really is no explanation needed for this. When Richard spoke this to his daughters, chills went up and down my body. It was this quote that reminded just how important this movie is and will always be. We know the Serena and Venus now – the champions of tennis. The women who, whenever they step onto the court, the opponents probably shake in their boots. The fans in the stands know they are in for a powerful show. But that mindset was instilled in them as children and that is what this movie will show. Richard made sure that his two dark-skinned beautiful black girls knew that they were not to be walked over, that they were smart, that they were fierce and that they were dangerous. They would show every other black girl that they too can be dangerous.

Moment 3: “We just gots to stick to the plan” 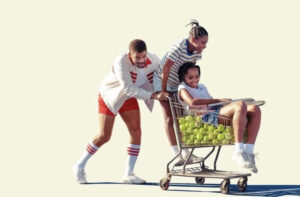 Richard Williams was a tennis fanatic. He loved the game and decided that he would instill his love of the game into his children at a young age. He coached Venus & Serena from the age of four and everything else is history.

The meticulous detail that King Richard put into the dream deserves a moment of its own.

Moment 4: “This is their life. You’ve got to let them decide” 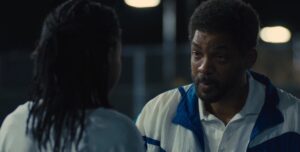 Some of the best movies are the ones that the viewers themselves can relate to and this scene in the trailer is all too relatable. All Richard wanted was to protect his children and to keep them off the streets. Parents can relate to that. Parents have dreams for their kids, and sometimes those lines between their dreams and their kids dreams can be blurred. As I said earlier, Richard’s plan was meticulous and detailed and planned out to the final detail. But it looks like the one thing, he forgot to do was make sure Serena and Venus were also choosing this life for themselves because at the end of the day it is their life. I’m sure that all parties watching this movie – parent and kid – can see their own personal relationship in the relationship between Richard and his daughters.

Moment 5: Coach – “I think you just might have the next Michael Jordan”

You may be wondering why this is a moment that had me excited? We already know that the girls go on to become GOAT status in the world of sports. We already know that Venus goes on to win 49 singles titles and Serena goes on to win 73. Venus has won 7 grand slams and Serena has a dominating 23 grand slams. These impressive stats are the exact reason why this moment made this list. The point of this movie is to show the determination, will-power, and love of Richard Williams – that he never gave up. He wanted his girls to beat all odds. This determination is the most exciting thing to me about this trailer. Richard created a goal and it came to fruition more than he probably could even imagine. 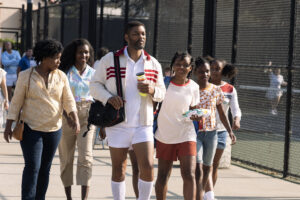 In every single moment in the King Richard trailer, one theme rang true – family. Family is at the core of the movie and family will always remain, so grab your family and watch “King Richard” in theaters and on HBO Max on November 19th.