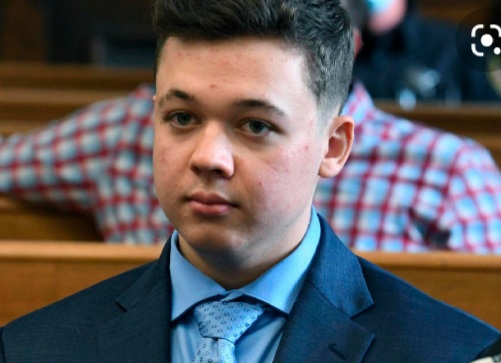 A new petition by Real American has been gaining signatures on Change.org to call the Attorney General Merrick Garland and Department of Justice to bring a case against Kyle Rittenhouse. Previously charged with several counts of manslaughter and assault, he has recently been accquited of any wrong doing. On August 25, 2020 the then 17 year old, Kyle Rittenhouse left his home town to go to a protest in Kenosha,Wisconsin. The protest was a direct response to the shooting of Jacob Blake by a police officer. The petition spells out intentions of Rittenhouse that were also linked to his actions .

New York Democrat and Congressman Jerry Nadler,  said “This heartbreaking verdict is a miscarriage of justice and sets a dangerous precedent “. Kyle Rittenhouse, now an adult by law was a 17 year old. He was not legally able to purchase the military style weapon that he used in the murders.

Here’s Why This Petition Makes Sense:

The petition holds credibility as a means to bring Rittenhouse to justice. Kyle Rittenhouse came to Kenosha, supposedly, to “help” and “provide aid” during a protest.  The protests was happening as a response to the shooting of an unarmed black man by the name of Jacob Blake. The Constitution does protect the people’s right to bear arm for security, defense, hunting recreation or any other legal purpose “. However, it is worth repeating that Kyle Rittenhouse was 17 years old at the time of the shooting. Taking the facts into consideration, he was not legally able to purchase the same weapon that he toted in the streets in August of 2020. That’s an oxymoron, to be able to carry and kill with a weapon that you aren’t legally able to purchase yet.

Furthermore, according to the Constitution the people have the right to assemble to petition the government to redress. The protestors were within their rights. The original reason for protest comes full circle. One of the slain victims was of a Jewish background. Additionally, a recording of Rittenhouse stating his interest in killing someone was not admitted into evidence. Perhaps Rittenhouse had a certain group victims in mind.

However, justice will not be denied.

Sign the petition on Change.org to bring charges against Kyle Rittenhouse  https://chng.it/C9pBtz6FtT