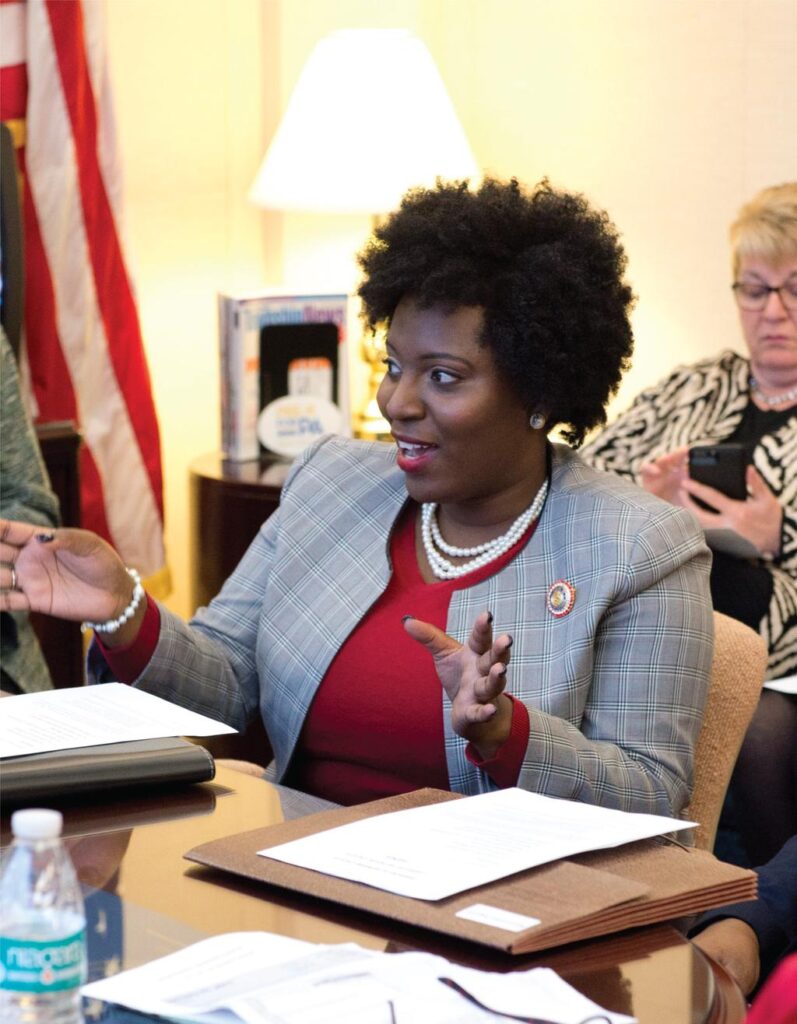 She is active in the community. She was a youth leader at her West Philadelphia home church, Open Door Mission for more than 10 years. As a youth ministry leader, she organized positive programs for children, mentoring them and reminding them that their dreams can come true. She is a volunteer with Outreach to Youth and Hands of Compassion American Sign Language Ministry. She was an elected Board Member of the La Salle University Alumni Association Board of Directors, where she helped initiate the Minority Alumni Advisory Group. She has served as the secretary of the Philadelphia Barrister’s Association, the city’s bar association of African American attorneys, and as president of the La Salle University African American Alumni Association.

Rep. McClinton has been acknowledged for her commitment to public service and enhancing the quality of life for residents in Philadelphia and Delaware Counties by receiving several awards. They include City and State PA’s 40 Under 40; the Barristers’ Association of Philadelphia’s Outstanding Young Lawyer of the Year award; Successful Women Achieving Goals’ Women of the Year award; Fun Time Magazine’s Women of Influence Award; the PRE-K for PA Champion award; the Spirit of a Dove Community Servant award; the Lucien E. Blackwell Guiding Light Community award; and the Black Gala Women of Excellence award.

We sat down for an interview with her to reflect on her political career, being a Black woman in a white male-dominated space, and much more. This is an empowering conversation for Black women and there are some real gems on navigating spaces where you’re the only one or one of a few.