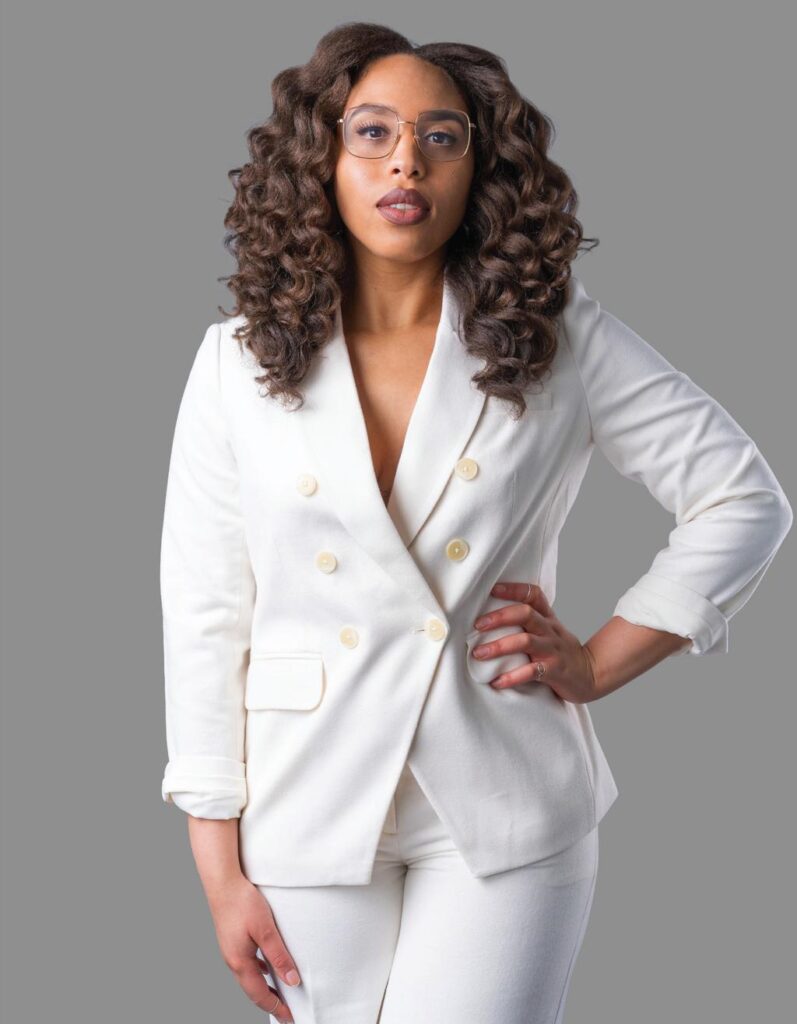 DR. KORIE GRAYSON is a biomedical engineer, chemical engineering researcher, and diversity advocate in STEM. She is a proud alumna of the HBCU Norfolk State University, where she earned her BS in Chemistry (2012). Korie obtained her MS (2017) and Ph.D. (2020) in Biomedical Engineering from Cornell University where she elucidated a sensitization mechanism of current chemotherapy drugs used to treat metastatic prostate cancer to a nanoscale therapeutic that selectively kills cancer cells in 2D and 3D prostate cancer cell culture environments. Currently, Korie is a postdoctoral research fellow at the University of Michigan in Chemical Engineering. Her research will focus on the evaluation of novel Nano- and micro particles for therapy in neutrophilic, acute inflammatory disease, and cancer.

Korie has been awarded the National Science Foundation Graduate Research Fellowship (2014) and the Alfred P. Sloan Diversity Fellowship (2014). Korie has also been awarded the Robert Mozia Graduate Distinguished Service Award (2016) and Graduate Student of the Year (2017) from the Diversity Programs in Engineering Department at Cornell University. She was also inducted into the Edward A. Bouchet Graduate Honor Society (2020). Recently, Korie received the honor of making the “2020 List of Influential African American Women to Follow on LinkedIn” and the “1000 Inspiring Black Scientists in America” list.

Korie is passionate about increasing the number of underrepresented minorities in STEM by illustrating that representation matters. She is the Diversity Chair for @womendoingscience, a popular IG account that showcases women in STEM from all over the world. She is also on the planning council for STEMNoire, a holistic wellness and research retreat for Black women in STEM. Korie continues doing advocacy work via workshops and public speaking engagements while redefining the image of WHAT A SCIENTIST LOOKS LIKE! Korie is a proud member of the Biomedical Engineering Society, National Society of Black Engineers, and Delta Sigma Theta Sorority, Inc.

I had the pleasure to discuss her childhood, her journey within STEM, her representation in the science community, and much more! She truly is blazing a new trail for young BIPOC and female scientists around the world.

Before she delves into her childhood, Korie makes an important distinction about her name which is somewhat common for her as she’s speaking at events and mentoring more often.

“I’m Dr. Korie with a K. My parents thought I was going to be a boy so I was initially supposed to have the C. But then they switched that and ended with an “ie.” So I lead a lot of times with my name like that because people do some automatic assumptions. Which kind of speaks a little bit to my journey in STEM.”

I’m a first-generation student to two military parents. They were like “You have two choices: you go to work or you go to college.” I and my brother chose college. I got a full-ride scholarship to Norfolk State University which is an HBCU in Norfolk, VA. And from there fell in love with chemistry.

I thought I was going to go to med school but I changed my mind. I worked for a biomedical device company in Atlanta for about a year working on what we call a “HeRO graft” or a dialysis graft. Then I decided that I wanted to do more so grad school came as an option. With that, I applied and got into Cornell University and did my Ph.D. in biomedical engineering and the whole target drug delivery space.

But focusing more on cancer drug resistance and late-stage prostate cancer. And then after that, I defended in May 2020. Now I’m at the University of Michigan in chemical engineering under a Black female PI studying and using Nano and micro particles to treat different disease models like neutrophilic inflammatory diseases and cancer as well. 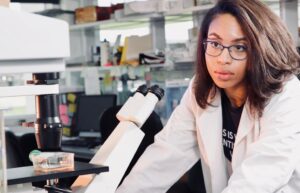