the latest movie in phase 4. This is a review and commentary on the entire film.

As movie goers begin to feel little more at ease to reinsert the cinematic movie going experience to their routine. The box office numbers are improving. Marvel films and associated films currently hold the top 4 openings of the year. The Eternals claimed the  4 spot with around $72 million opener. 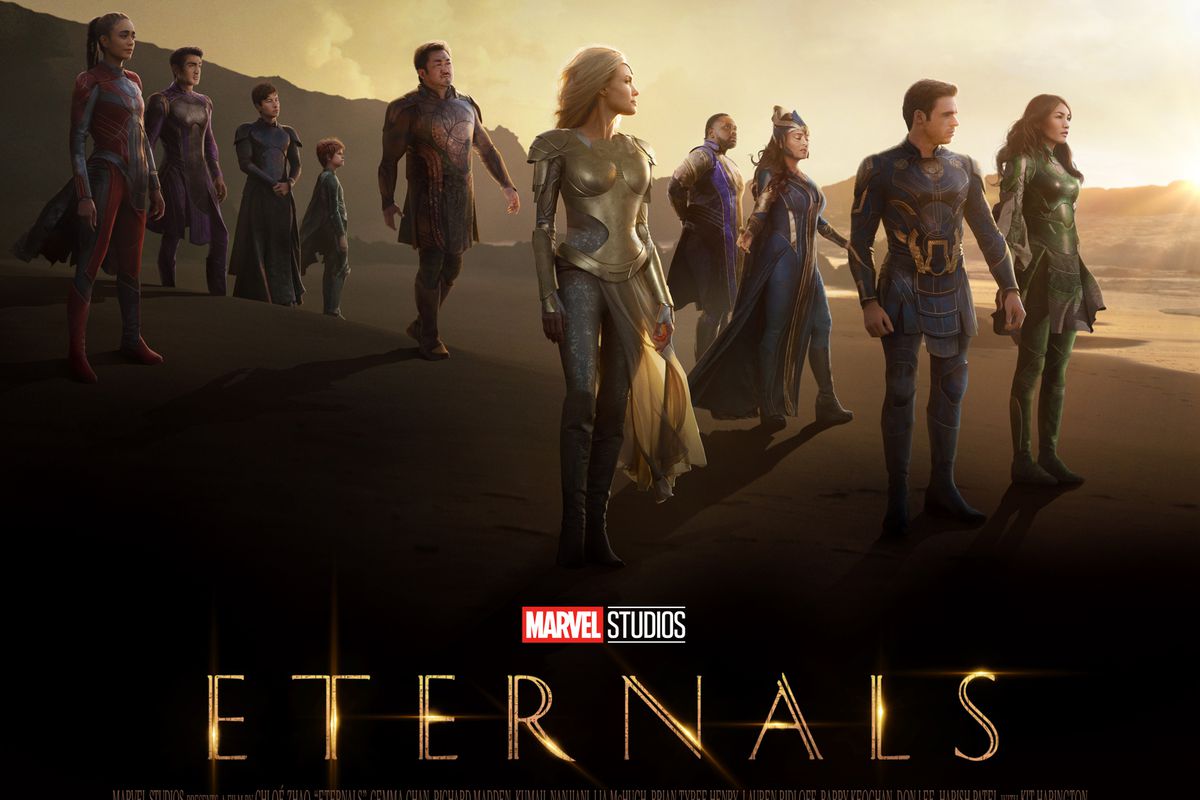 Eternals is a bit of a Game of thrones reunion starting with Game of Thrones music composer Ramin Djawadi.

There is also an actor back for seconds, but as a completely different character. Gemma Chan, who plays Series [ yes, there was a Cersei in Game of Thrones as well] in Eternals also played Doctor Minerva in the 2019 Marvel film, Captain Marvel.

Eternals currently have an audience score on Rotten Tomatoes of 80% which was an 86% just a few days ago but a critic score of 47%. At 47%, this makes it the lowest score for a Marvel movie inside the MCU. The Eternals always felt risky since King of the geeks Kevin Feige announced it way back in phase 3. But Marvel studios was on 22-0 run. Well, maybe 22-2 depending on who you ask, so for good reason we were confident this film about a race of immortal beings with cosmic level powers hiding amongst humanity on earth would just be another world series size home run.

The Pink Elephant in the room?

If the critics tell the story The Eternals is anything but. Let’s address the elephant in the room and then I’ll give my review of the film. This is the first Marvel studios film that displays a full on same-sex relationship. This coming in the form of Brian Tyree Henry’s character Phastos. In the MCU Phastos is the inspiration for the Greek god Hephaestus and is a master technologist. In the film, The Eternals, Phastos has a husband and an adopted son. They have an on camera kiss and sweet moments that demonstrate they truly love one another and their son.

Many believe this is what has resulted in the lower than usual for a Marvel film critic score.

I want to say I don’t think this is the reason and the same sex relationship is really not the problem with this film, but this film does have problems.

The reason I do not believe this is a contributing factor is because it simply is not a large part of the film. We are well into the film before we even get to Phasto in present day and are introduced to his family. After we are introduced to Phastos’s husband and son we are only with them for maybe 5 minutes. The movie is 2 hours and 37 minutes. 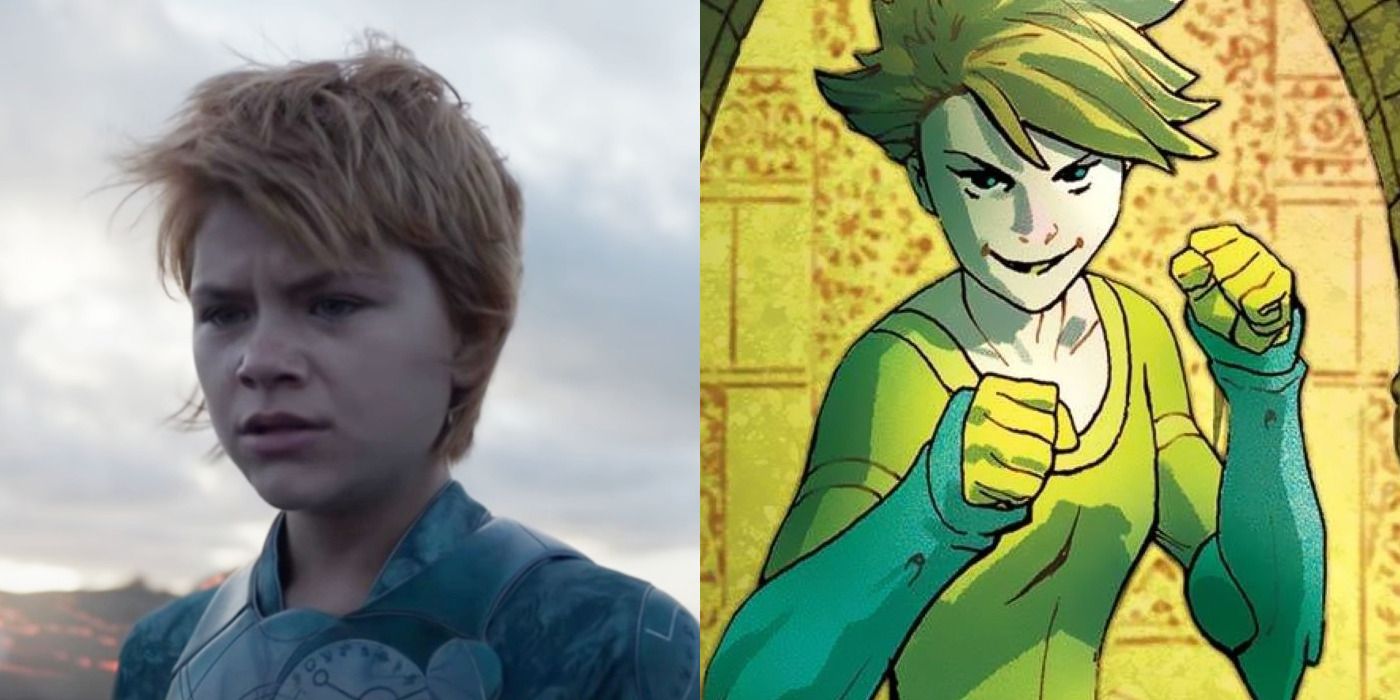 Another factor viewers are saying caused the critics to rate the film so low is sexist.

In the comics Sprite is a male. Again, I really do not think this has attributed to the critics scoring the movie the way they did either for a few reasons. First, Sprite has been both male and female in the comics. Secondly, Sprite is barely known, definitely not well enough to have purist following.

The reason people are running with this is simply because it’s a juicer narrative than admitting it’s just not a great movie. It has nothing to do with the sex of the director or sexual preference of one of the 12 characters or gender of another. This movie just falls short of everything that is good about the movie. 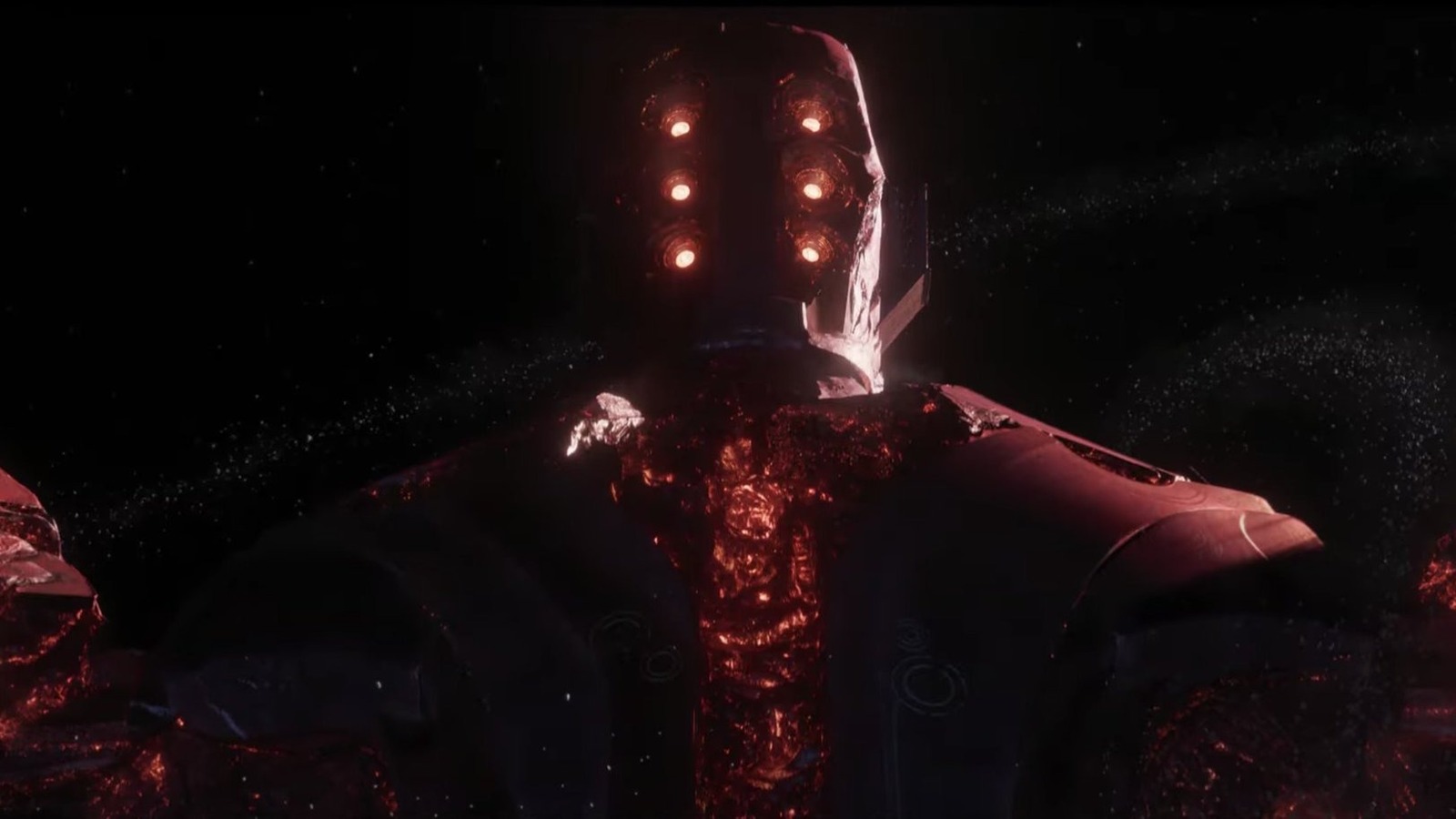 This movie starts with an opening crawl, Star Wars style, that reads like dogma passed down from the Celestials; the creators of the Eternals. It’s pretty cool. 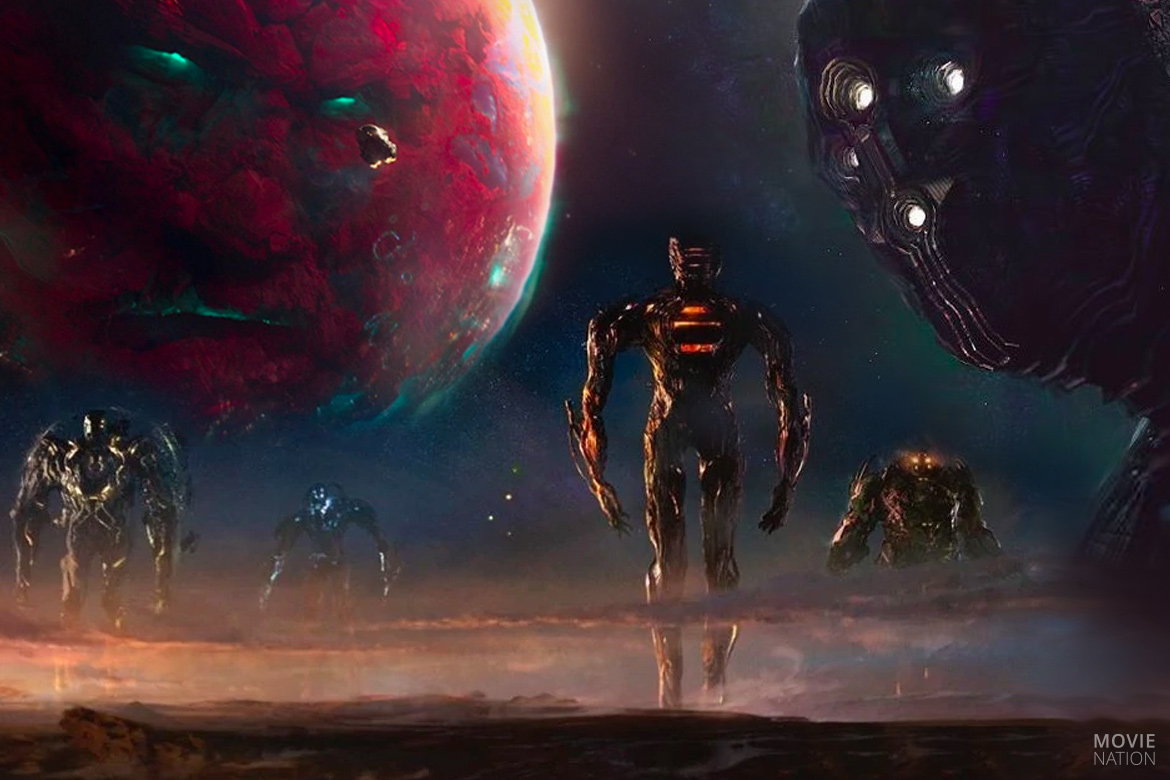 But the charting of the timeline we were expecting never really takes shape especially when the film is billed as the true history of the MCU with the Eternals being over 7,000 years old. 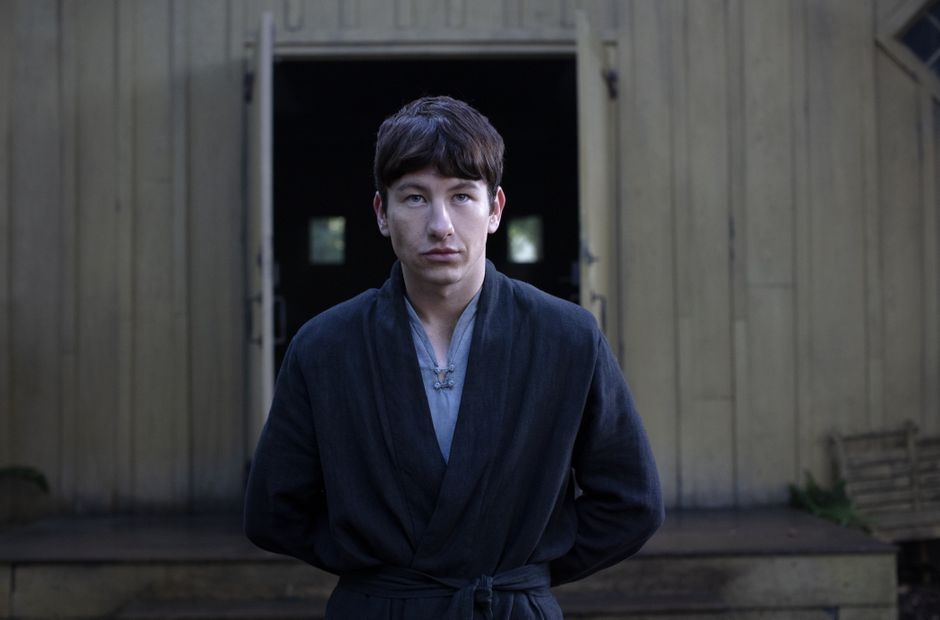 The cosmic implications and real world shaping we as movie goers anticipated was limited. The films make a few stops in history like Babylon and the cradle of civilization; Mesopotamia. We also see the tragic atomic bombing of Hiroshima and a node to the disappearance of the Aztec culture.  So awesome but so limited for beings that have been around for 7,000 years. 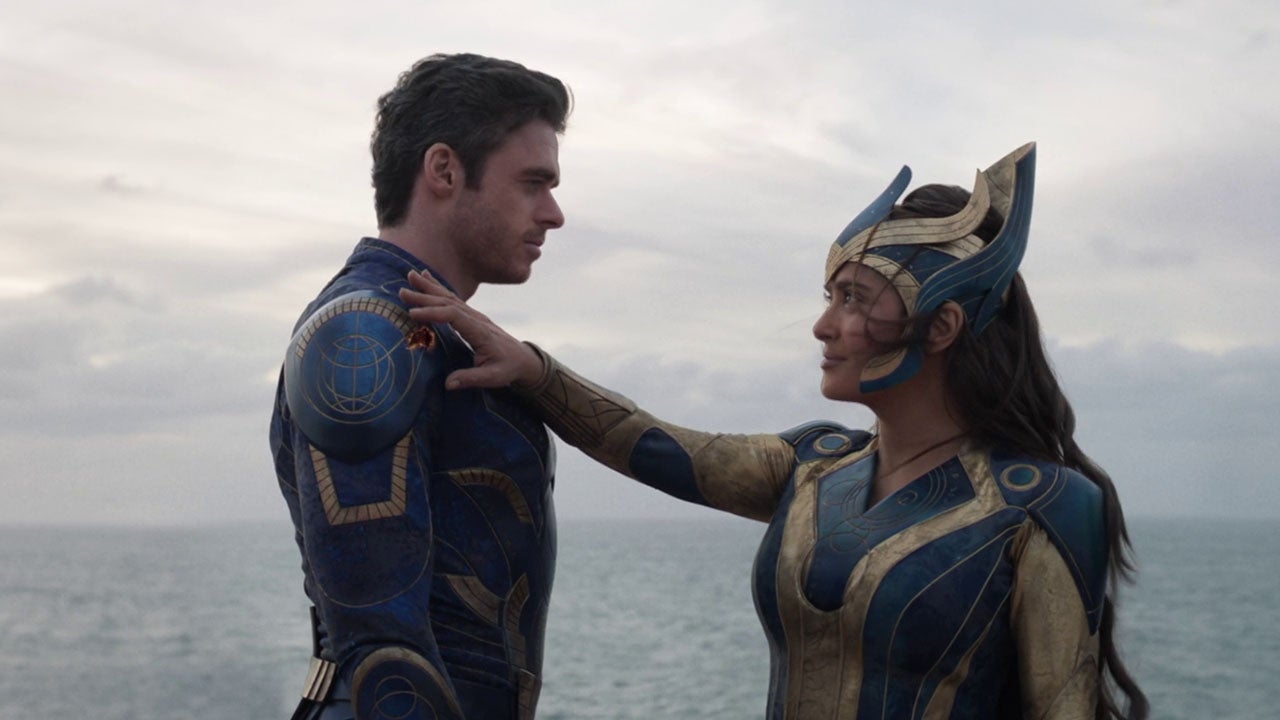 Then you have the main characters, Ikaris, played by Richard Madden. 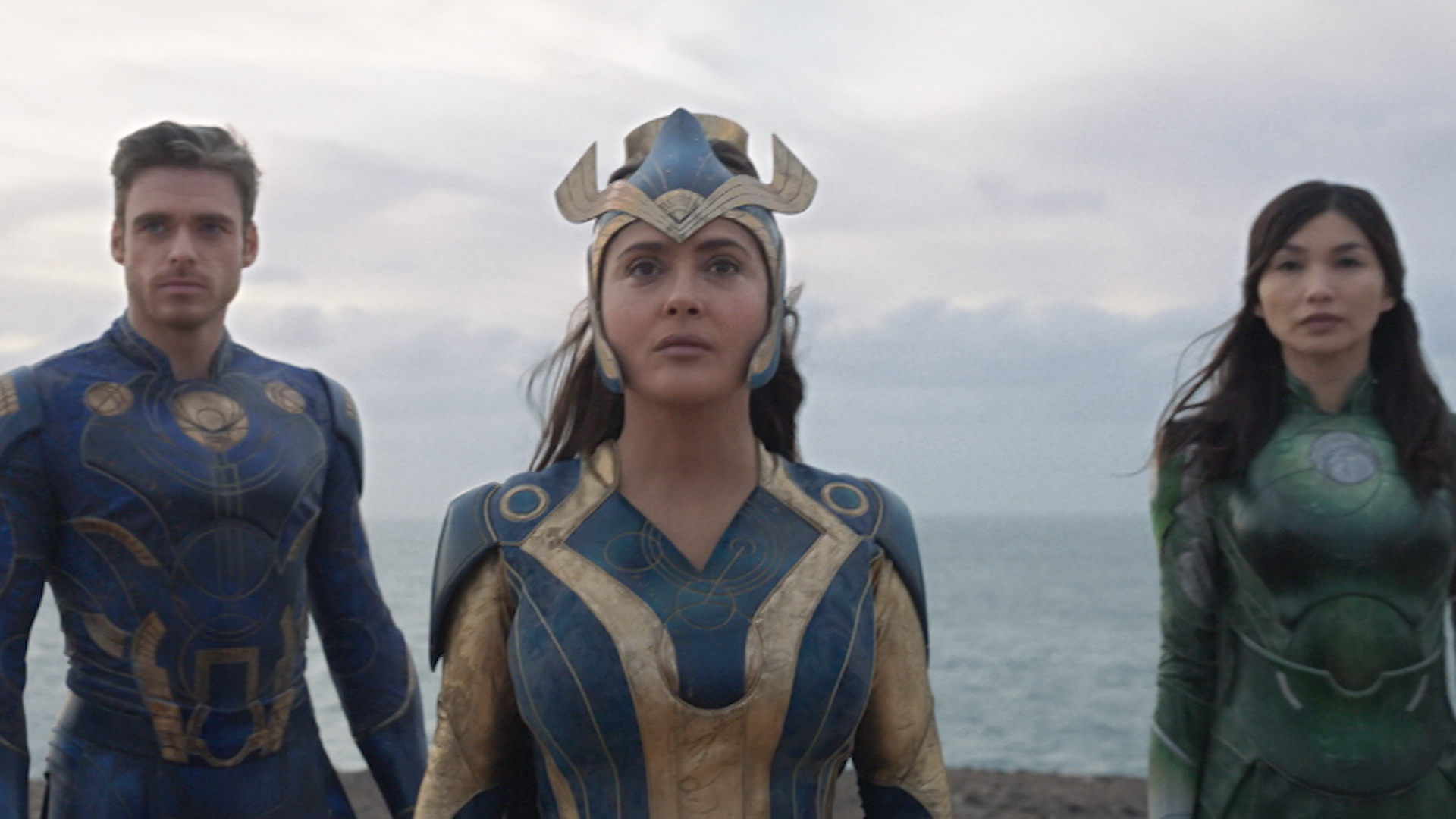 All of the characters are given a good deal of backstory. But, their motivations do not really align based on the rules set up in the movie. 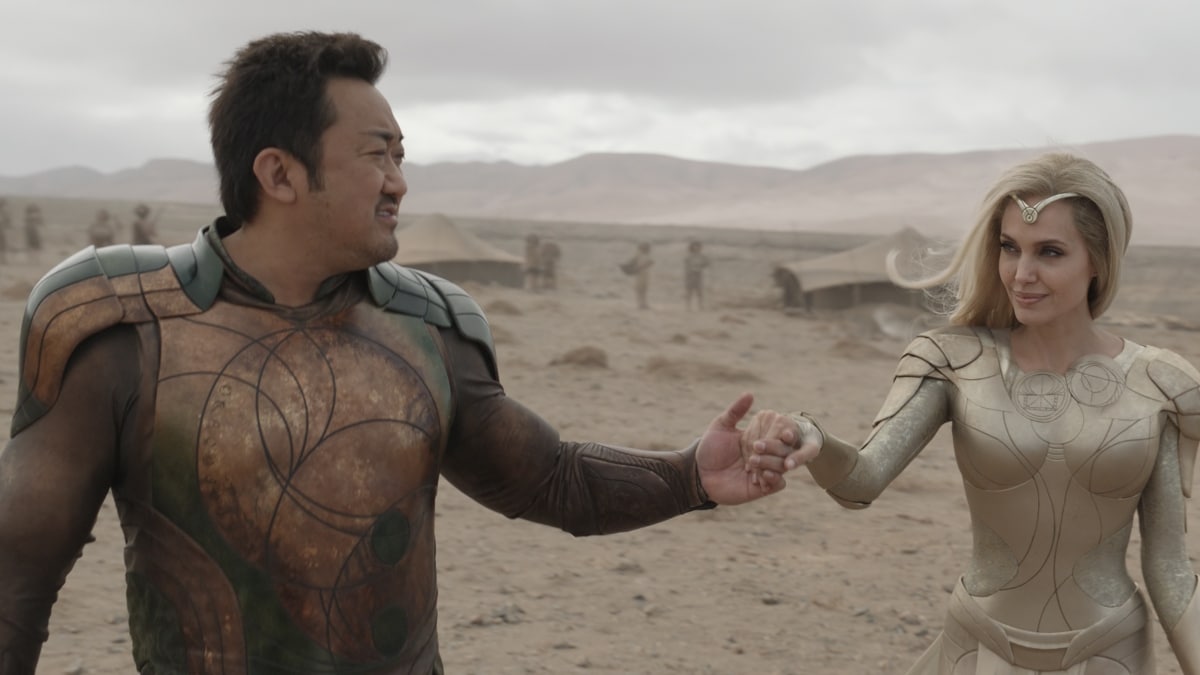 Mainly Ikaris, who felt like a major let down simply for the sole purposes to avoid having another White male lead in a Marvel movie. This superman figure turned Homelander for a very Peacemaker reason. Basically he is a soldier who takes order at any cost.  But then again he is not, for he leaves Sersi after 5,000 years when he finds out the truth, just to go protect her, only to not kill her for the same exact reason he killed Ajak who he loved liked a sister or mother. 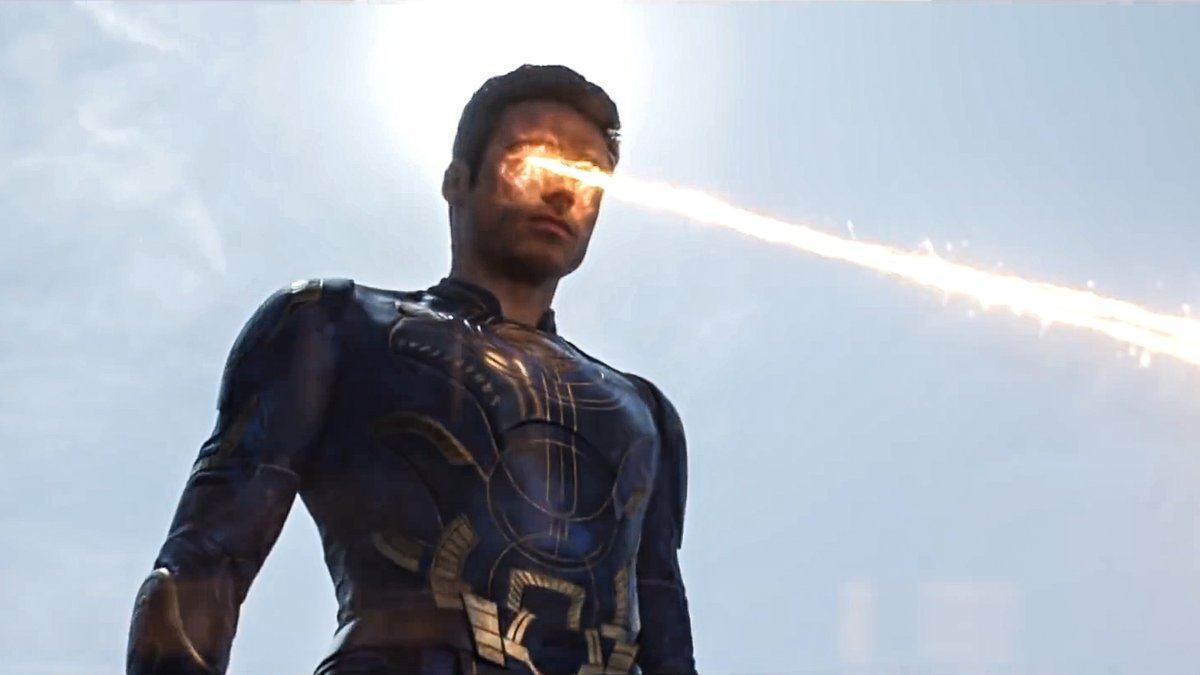 Ikaris is so bent on following the orders of The Celestials yet the plot takes him in a full circle. Ikaris’s plan with the Deviants made no sense when he would ultimately attempt to kill all of The Eternals anyway. The film makes it clear he is more powerful than the rest and could have killed them earlier in the film. Sprite’s heel turn was also bazar. Yes, she loves Ikaris, but knows he does not love her in the same way, so what would have resulted for them? Let’s talk about the extremely, one scene too long sex scene that felt extremely out of place and again too long.  They go from passionately kissing for a while in the daytime to the very next scene of them boning in the sand at nighttime. The long tongue session proved more than enough, we did not need the extra long sex scene. 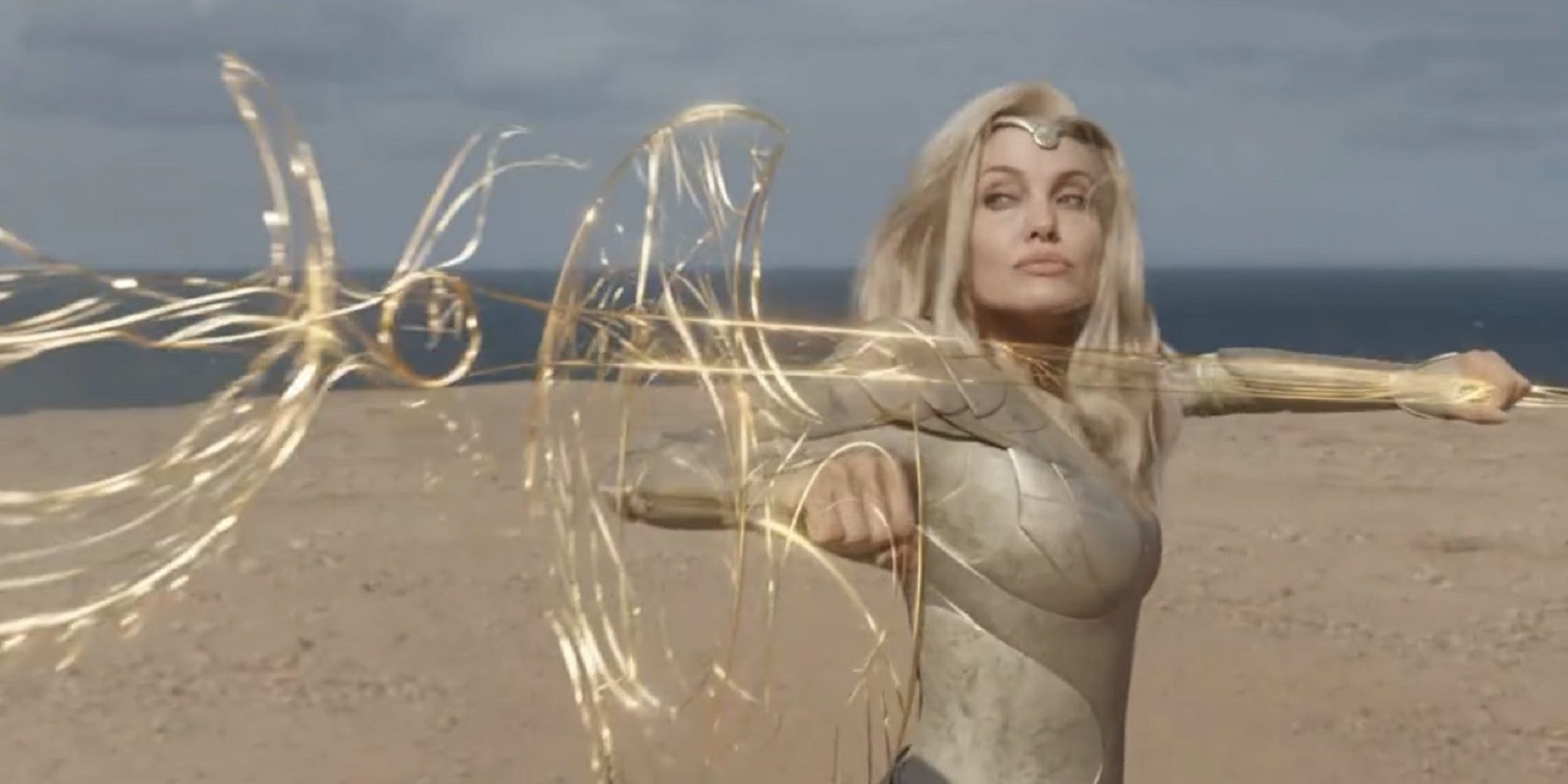 In the Eternals film Angelina Jolie’s character Thena is sidelined for a main part of the movie. Druig and Makkari; everyone’s favorite couple are also limited until the 3rd act of the film. 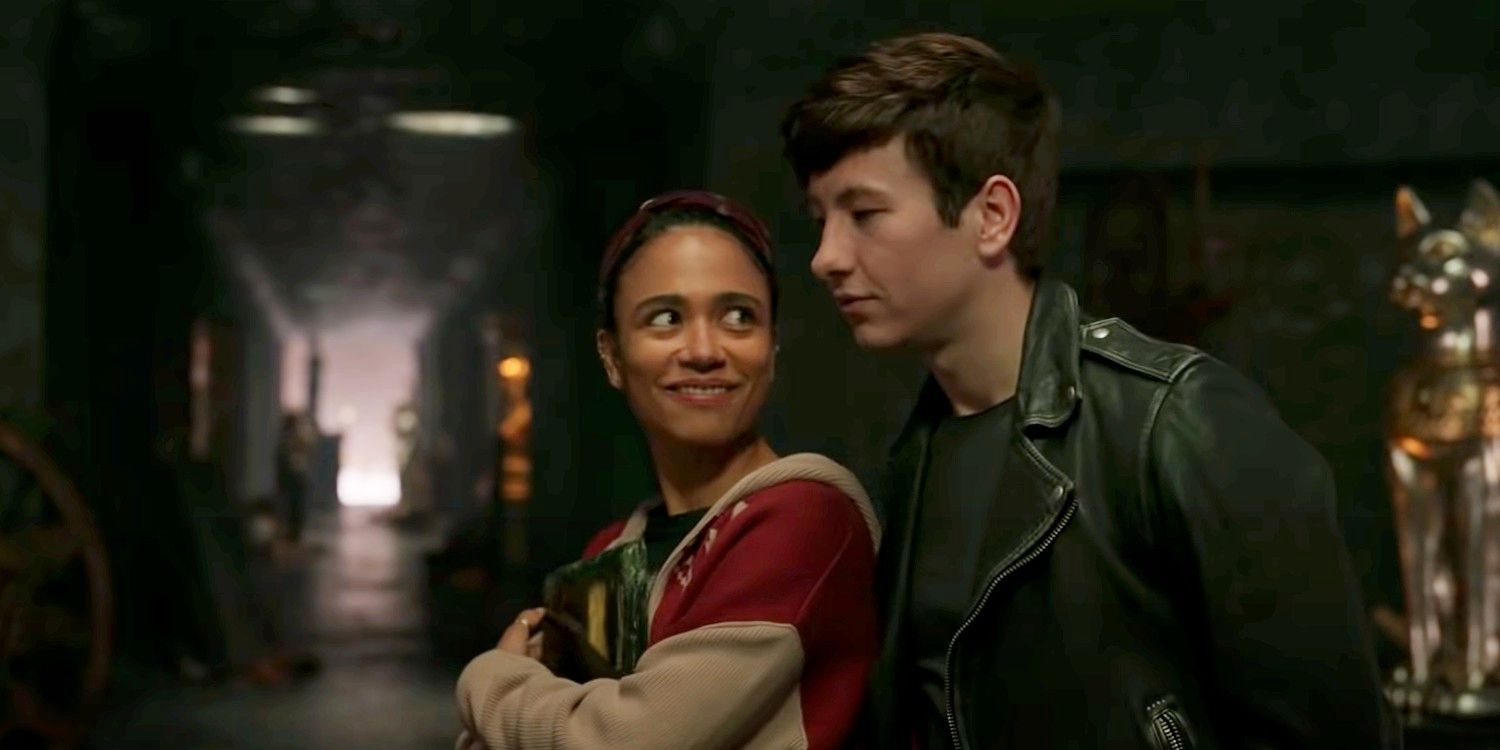 The way they stop the celestial host in the earth also felt odd since there was no real consequence. Why could Arishem the Judge not simply unfreeze it or destroy the earth anyway?

Why would Ikaris be so keen to kill his own family without seeing this was an option first? For the length of the movie, we got very little connective through lines for the collective MCU and did not feel important. 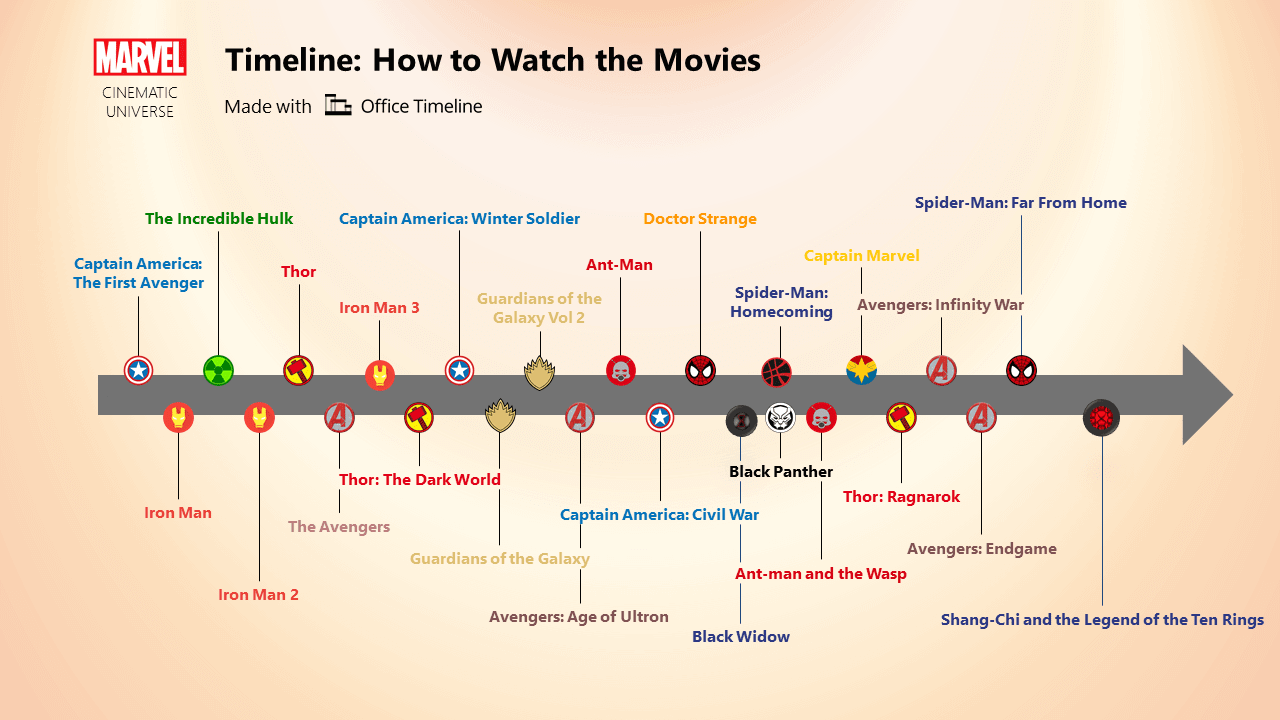 The family moments and the heart in the film is what saves it. The film has good rewatchablilty because the characters are all likable plus there are moments that are weighty and has a lot of heart and charm. It just does not go to the next level like the Disney+ series nor show a whole new world like Shang-chi did.

The film falls eternally short and that is why I think critics have been so hard on it. The film’s mid and post credit scenes push the future of the MCU forward. The end credit scene with Dane Whitman’s Black Knight character. In the same scene is a special off-camera cameo announcing Blade, has entered the MCU chat.

The mid- credit scene introduces another eternal, Aros; the brother of Thanos.