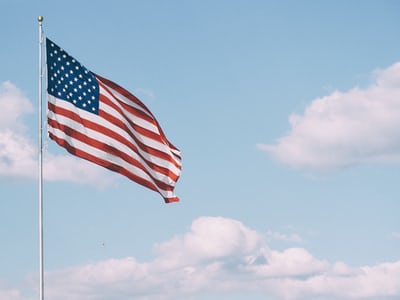 What we currently know and think about independent voters is meshed with many myths and half-truths. Independent voters have been mischaracterized by the media and disenfranchised by the political system. They are neither retired republicans nor ‘undecided’ voters like we are led to believe. As everyday Americans, they carry their own set of beliefs and look for structural change within the system.

According to a 2019 study by Pew Research, about 40 percent of Americans self-identify as independent. In fact, in North Carolina, a swing state, independent voters are the fastest-growing group of newly registered voters.

Year after year, we see a rise in independent registration among voters across the country in age groups both young and old, especially, as the current political culture continues to toxify. Unlike party-affiliated voters, independents vote for who represents them best regardless of party affiliation or political ideology.

Mandie, a firm independent and 6th-grade language arts teacher, describes the current political climate as ‘mean’ and has dealt with the effects of a harsh political culture as the mother of a military son and as a teacher at a culturally diverse school.

Growing up, Mandie found herself as a Republican but soon made a shift in beliefs after leaving home. In the late 80s, Mandie registered as an independent and hasn’t looked back. Not wishing to identify as anything else, she has no inclination to align herself with either party at this point in her life.

“When I look at both parties, I don’t believe that there is one party over the other, that is out for my best interest,” she says while also acknowledging she is democratic leaning.

Six years ago, Gary made the switch to independent after cutting strong ties with the democratic party in 2012, stating the problem with politics today is “choosing between the two parties.” Gary believes politics have taken on what he refers to as a “cheerleader approach” where voters pick teams while being “fueled by misinformation” and “spreading that information [irresponsibly] which causes deafening division.”

Many Independents along with Gary and Mandie express their frustration and growing mistrust in the current two-party system. The polarizing nature of politics along with biased media, outlandish extremist groups, and party stans, has caused people to walk away from both the democrat and republican parties.

Patrick, 39, software architect, believes the media is causing people to question parties’ intent. “What we have in the media, is the radical left and the intolerant right berating each other, the current political climate is jacked-up...politicians only care about their own interest and in [some ways] it is the media’s fault.”

Patrick, once a republican voter, has voted across the political spectrum from very conservative, to third-party libertarian, to now leaning towards Biden. His radical shift in his voting behavior comes from his close relationships with his friends and loved ones. Patrick wholeheartedly believes in the mantra, “vote like you give a damn about people.”

Independent voters are a diverse group of people, who range from young and old, black and white, and everything in between. Some non-party voters don’t even identify themselves as independent and are what North Carolina calls unaffiliated. The two terms ‘unaffiliated’ and ‘independent’ are/and can be interchangeable depending on the state and the language used to identify voters.

Jaquetta (unaffiliated), 43, a cosmetic manager has never voted for a straight ticket in her life and doesn’t define herself as leaning either way–she has her own set of beliefs. “As a voter, I feel we have been all taken for granted, no matter what side you are on. Furthermore, she says, “-I am a mother, and I am black before I am an American. Black people always have to find their way regardless, casting a vote for America makes you feel like you have a voice, and everyone’s ‘voice’ should be heard.”

According to the Independent Voting National survey, “Confronting a New Reality: Independents Speak,”46.4 percent of surveyed Independents believe “No party represents me” as one of the nine reasons available to choose from why they remain as an independent. The top 3 reasons were:

In the past two decades, the sentiment of the two-party system has grown unfavorable, thus independents have come together, organizing across the country, to create a new pathway of change that will hopefully amplify their voices and establish long-lasting and effective change.

Organizing and the Independent Voters Movement

In 1992, presidential independent candidate self-made billionaire Ross Perot brought  America’s distrust with the two main political parties to the public square. Although he lost to Bill Clinton, Perot was able to secure 19% of the vote and give everyday Americans and independents a true voice.

Found in 1994, IndependentVoting.org has organized locations in all 50 states and is a voice for the American independent voter. Mandall and other independent voices believe that independents will determine this election and future elections’ process. “No matter the outcome, there are communities of voters who are going to be driving the [vehicle] to change the political system.”

There are three key things Gwen touches on when talking about who independents are and what they stand for.

Dr. Omar Ali, a historian, and dean of the Lloyd International Honors College gives both a scholar and organizer perspective of why it is important for the political structure to be changed, but also how change can be difficult to happen:

“The need for change goes farther than political ideology and policy. This change requires both a ‘structure and culture’ shift,” among the American people. “Structure and Culture feed off each other… policies can only take you so far.”

The key issue here is both parties and political ideology get in the way of “work and solutions.” The issues with the current political process lie within the two-party system: party’s leadership, spewing polarizing “rhetoric” as an organizing strategy, the parties themselves, and ‘bipartisan framing’-the culture of politics and the process.

Bipartisanship in theory sounds like a good thing, but it keeps “independents and thirty party voters and candidates locked out the political process” and it is all by design. Take in point the commission of presidential debate, not since [Ross Perot] has the commissions allowed a third party or an independent candidate to debate:

“Both Democrats and Republicans have played out legislation and policy that keep independent outs, making it very difficult to get on the ballot. They decide things based on their wishes on maintaining a two-party system. It doesn’t serve either major party for the rise of a third party because a third party poses a threat to the current political system.” The system is unfair and breaks the spirit of competitiveness says Dr. Ali.

Independents have a long battle ahead of them. There are a host of things that are keeping independents locked out of the voting process and posed the independent movement a challenge.  One of those challenges is educating other independents about political reform and giving them the ‘tools’ and resources to get to the root of their dissatisfaction with the current political culture.

“All independents may not want political reform,” acknowledges Dr. Al.

While the first steps are “the feeling that neither party represents you” the second step is to peel back the layers and fill the knowledge and education needed to “discover the need for change.”

“Most independents [may not] know there are things that need to change structurally, that is something that people who are actively organizing and experts know about….as an organizer you have to give the language and the details [and help people move in the right direction] to establish change.”

The important thing here is making the issues that independents face public both Dr. Ali and Gwen Mandell discuss:

“Getting everyone (independents) on the same page and giving people the language/details of why there is a need for structural reform,” will help the movement drastically. “It is about educating and making our voice visible and elevated” and “establishing to reform the process to change the process and to make visible independents by amplifying our voices.”

While independents are using their voice to vote in the 2020 presidential election, independents still have a long way to go to create a new and equal political culture. What independents must do is publicized their movement by “forcing both democrats and republicans to talk about the political process,” says Dr. Ali.

Can independents find their visibility in the future?

“It is a big task,” Gwen concludes when asked, but she like many independents remains hopeful that change, if not on the brink, believes change is coming, but until then activist and organizers will continue to fight for democracy.