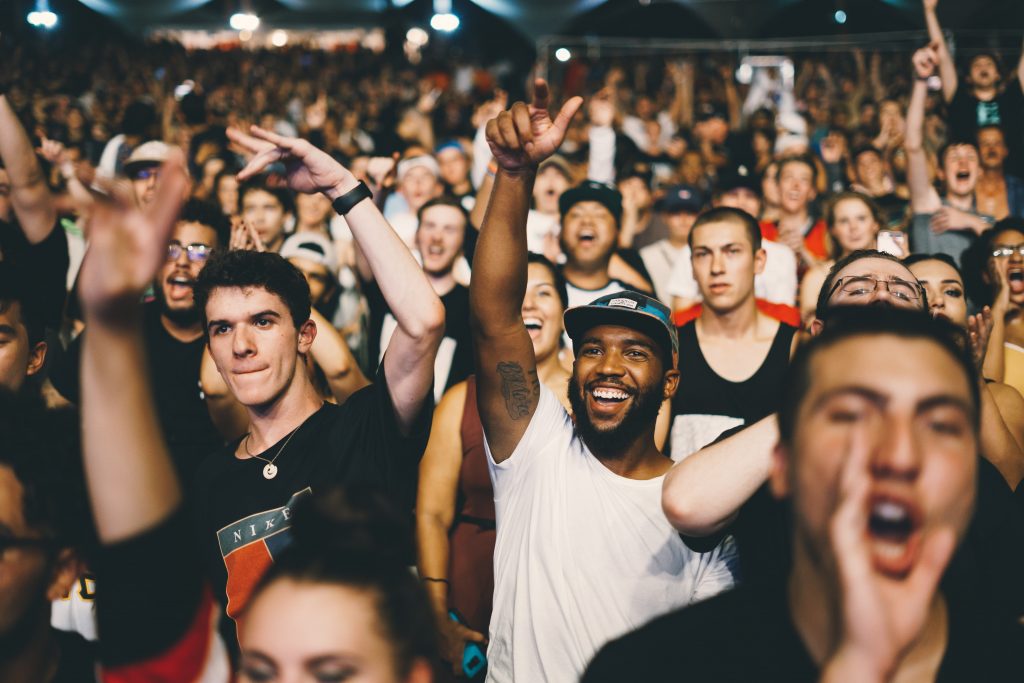 From live music performances to sharing vegan recipes, to Michelle Obama encouraging everyone to vote, to promoting Black-owned business, the Roots Picnic 2020 last weekend should go down as one of the most seamless and Blackest productions ever.

Luckily, if you missed it, you can watch it via The Roots YouTube Channel.

The Roots Picnic 2020 production value was refreshing in a time of delays and connection issues nowadays. It was well-orchestrated and not the usual disaster we’ve sometimes experienced while viewing a live online showcase during this COVID-19 season. A legitimate at-home concert that Questlove and Tariq “Black Thought” Trotter kicked off with Michelle Obama. They collectively promoted When We All Vote— an organization that reminds individuals of their voting power. It also lets students and educators demonstrate that power by allowing them to start programs of their own via their website.

“From your favorite auntie, down to your baby cousin who can vote for the very first time. Because we all may not sound like SZA or Kirk Franklin, we all deserve to have our voices heard at the ballot box come November,” said Michelle Obama.

You can register to vote on When We All Vote to be ready to drop off your ballot this fall.

After sharing all of the necessary voting gems, Questlove and Tariq “Black Thought” Trotter performed.

The voting theme stayed consistent throughout the concert. Before introducing the first performer to follow Questlove and Tariq “Black Thought” Trotter, Youtube Sensation Liza Koshy bit into a sandwich. She left teeth marks and a chunk of paper missing from a note inside slices of bread that read VOTE.

Koshy cut her tongue on the paper sandwich and said, “it takes a lot less effort to vote.”

She spoke on maintaining the energy that everyone has during this concert at the polls and briefly on voter suppression.

He was next to take the stage and also shared voting mantras.

Two performers that stuck out among the others were G Herbo and Bj the Chicago Kid, who displayed pictures of the countless people who have been murdered by police via a moving cloud-animated greenscreen.

“It ain’t nothing wrong with seeing gangstas cry. How the f**k am I supposed to have fun? All my n*****s dead,” they sang. 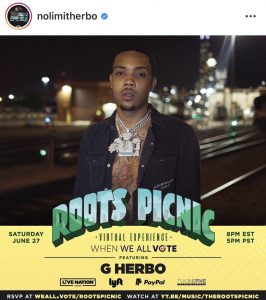 And one of my personal favorites, SZA, performed. Of course, we stand by Issa Rae in rooting for everyone Black, but SZA has the accolades to encourage such support. Her timeless album Ctrl remains on the Billboard 200 156 weeks, or 3 years, after its release. We rarely see her perform so this was a treat for SZA fans. She sang Normal Girl outside and gave us all of the carefree Black girl CTRL vibes.

H.E.R. also graced the Roots Picnic “stage” and appropriately performed one of her latest songs I Can’t Breathe.

“We breathe the same and we bleed the same. But still, we don’t see the same. Be thankful we are God-fearing. Because we do not seek revenge.” she sang.

She followed that song by singing another one of her songs, Sweet Fate, followed by a rendition of Michael Jackson’s What About Us.

In addition to singers and songwriters, a few other figures shared the spotlight to encourage voting. Janelle Monae, Tom Hanks and Kerry Washington even made an appearance to stress the importance of voting this year. Washington reminded us that during the 2016 election, 100 million people didn’t even vote.

Chris Paul shared that only 40% of black people ages 18-24 voted that same year.

“That is not okay. But we can change that. When we organize, when we strategize, when we come together and when we vote, we have the ability to change things,” said Paul.

On a lighter note, Deon Cole made an appearance and did an ode to Karens of sorts in a short comedy clip. He also spoke on the need for more Keishas and fewer Karens moving forward. Cole also said that all of the Black female mayors in America are fine and dignified.

“You can tell they have two pairs of glasses in their purse, one to read with and sunglasses,” said Cole.

For many, this Roots Picnic was so much more than just a comedy skit or concert. Wallace Peeples, more popularly known as Wallo267, spent 20 years in prison and spoke at the Roots Picnic about the misconception of felon voting rights. After he reentered society, he bragged to everyone about his plans to vote. Many people questioned him and responded by saying that anyone who was a convicted felon couldn’t vote.

However, once he stepped off the prison grounds, his voting rights were immediately restored. In some states, as soon as you leave prison, you can vote right away. In other states, after you complete probation or parole, you can go to the polls again. 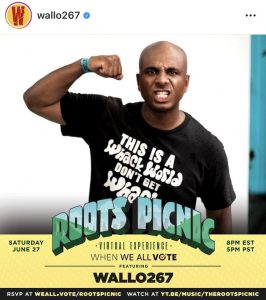 After Wallo267 shared his message, naturally, a Roots performance wrapped up the Roots 2020 Picnic.

If you don’t take much away from the concert, understand that “apathy is not an option in 2020 for any eligible voter,” according to one of the When We All Vote ambassadors.

“When we all vote, we gain our power back.” – When We All Vote