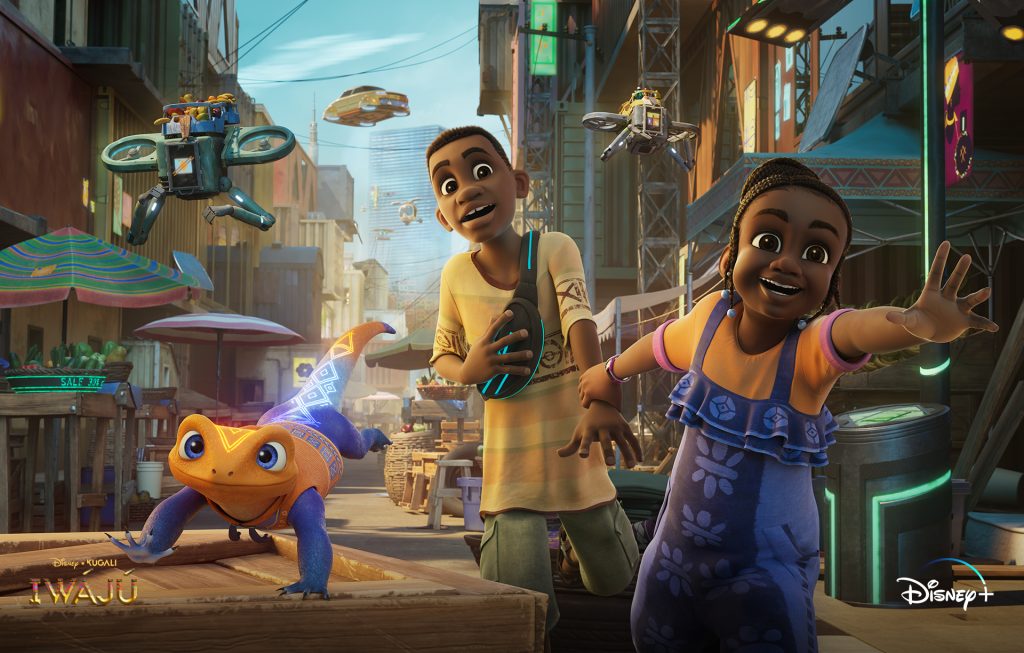 The eagerly anticipated Disney D3 Expo is here, and boy, do I feel like a kid again. Disney kicks off its 100-year celebration with the trailer release for all Disney and Pixar sequels, Live Action, and brand-new releases. You might see a few familiar faces. Here is a list of highly anticipated films from Disney and Pixar.

Disney’s D3 Expo premieres their first clip for The Little Mermaid.  The film’s trailer receives thunderous applause following its debut. This film stars Halle Bailey as Ariel, and some of you may know her from the dynamic sister duo Chloe and Halle. The Little Mermaid also stars Jonah Hauer King as Prince Eric and Melissa McCarthy as Ursala. The live-action remake is set to release on May 26, 2023.

Along with Disney’s exciting announcements is the release of Mufasa: the Lion King. Many viewers are aware of the original film that captivated homes worldwide. This film will resume its storyline after exploring the origin of Mufasa, the father of Simba. At the same time, Simba takes his rightful place as King of the Pride Lands. According to IMDB, the cast includes Aaron Pierre as Mufasa and Kelvin Harrison Jr. as Scar. There has not been any update to the cast so far. The film will be directed by Berry Jenkins and written by Jeff Nathanson. Mufasa: The Lion King will debut on October 31, 2025. 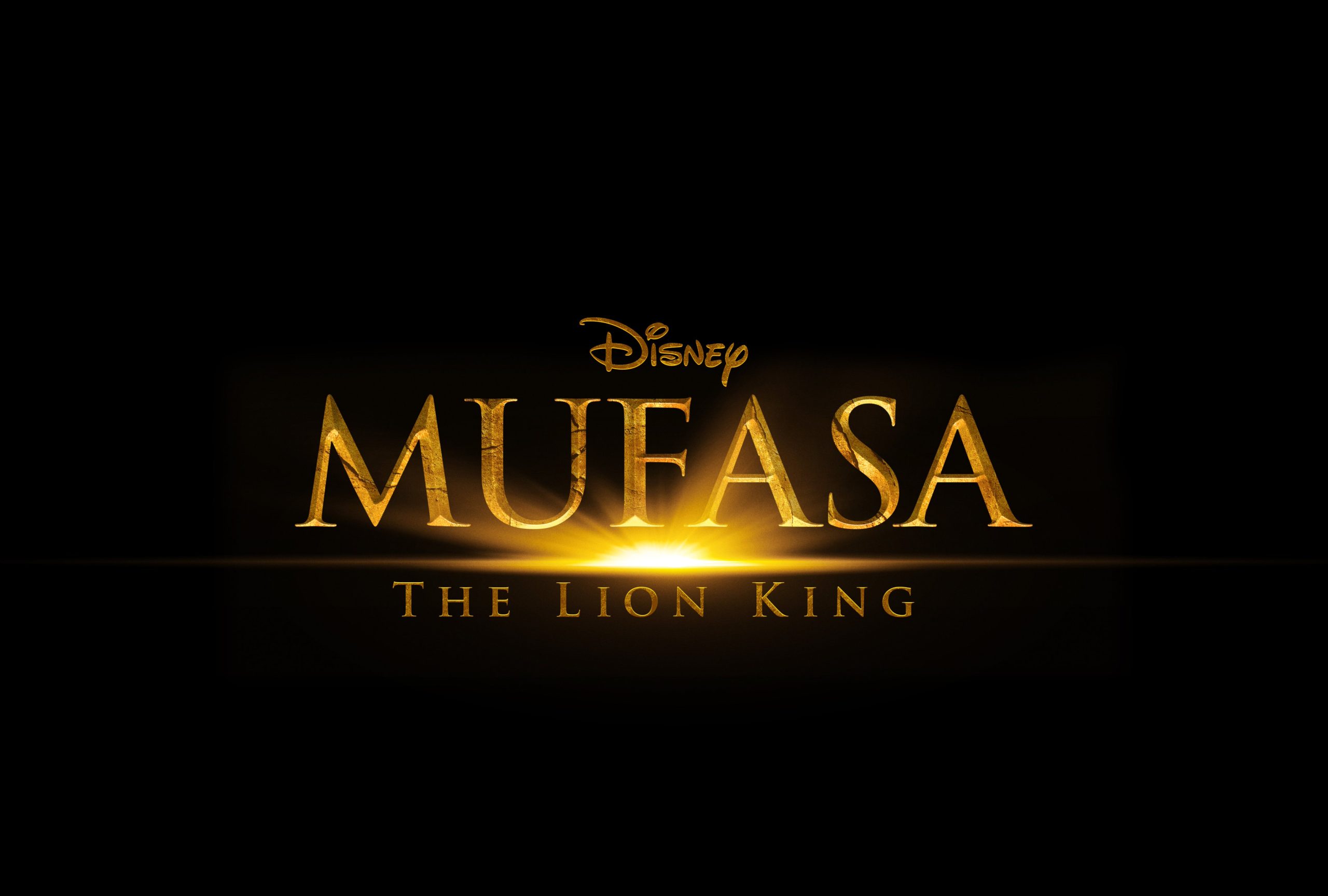 Disney’s Enchanted continues its story but with a twist. Giselle, played by Amy Adams, takes on the real world after she decides to move into a spacious home in the suburban area of Monroeville. This will enable her to begin a more fulfilling life. Things do not turn out as planned for Giselle in this world. As a result, Giselle wishes for a utopian fairytale world, and she is unaware of how much imperfection her wish could conjure. Though Giselle is hopeful, Malvina Monroe, played by Maya Rudolph, has a different plan. Disenchanted stars James Marsden as Prince Edwards and Patrick Dempsey as Robert Phillip. The film will release on November 24, 2022.

Undoubtedly, the wickedly amazing Sanderson Sisters reunion is the talk of this Halloween season. The Sanderson sisters are revived by three young girls after lighting a candle for their 16th birthday. Now, these women must put an end end the Sanderson sister before the souls of innocent children are stolen. The cast for the original Hocus Pocus reunited, starring Bette Midler as Winifred Sanderson, Kathy Najimy as Mary Sanderson, and Sarah Jessica Parker as Sarah Sanderson. Disney’s Hocus Pocus will release on September 30, 2022, just in time for the Halloween season.

Pixar releases a short but sweet announcement of the sequel to Inside Out 2 on September 9, 2022. Lead actress Amy Poehler will reprise her role as Joy in the film. There is little information on the film besides its director Mark Nelson and writer Meg LeFauve. This Disney and Pixar film will release in the Summer of 2024. 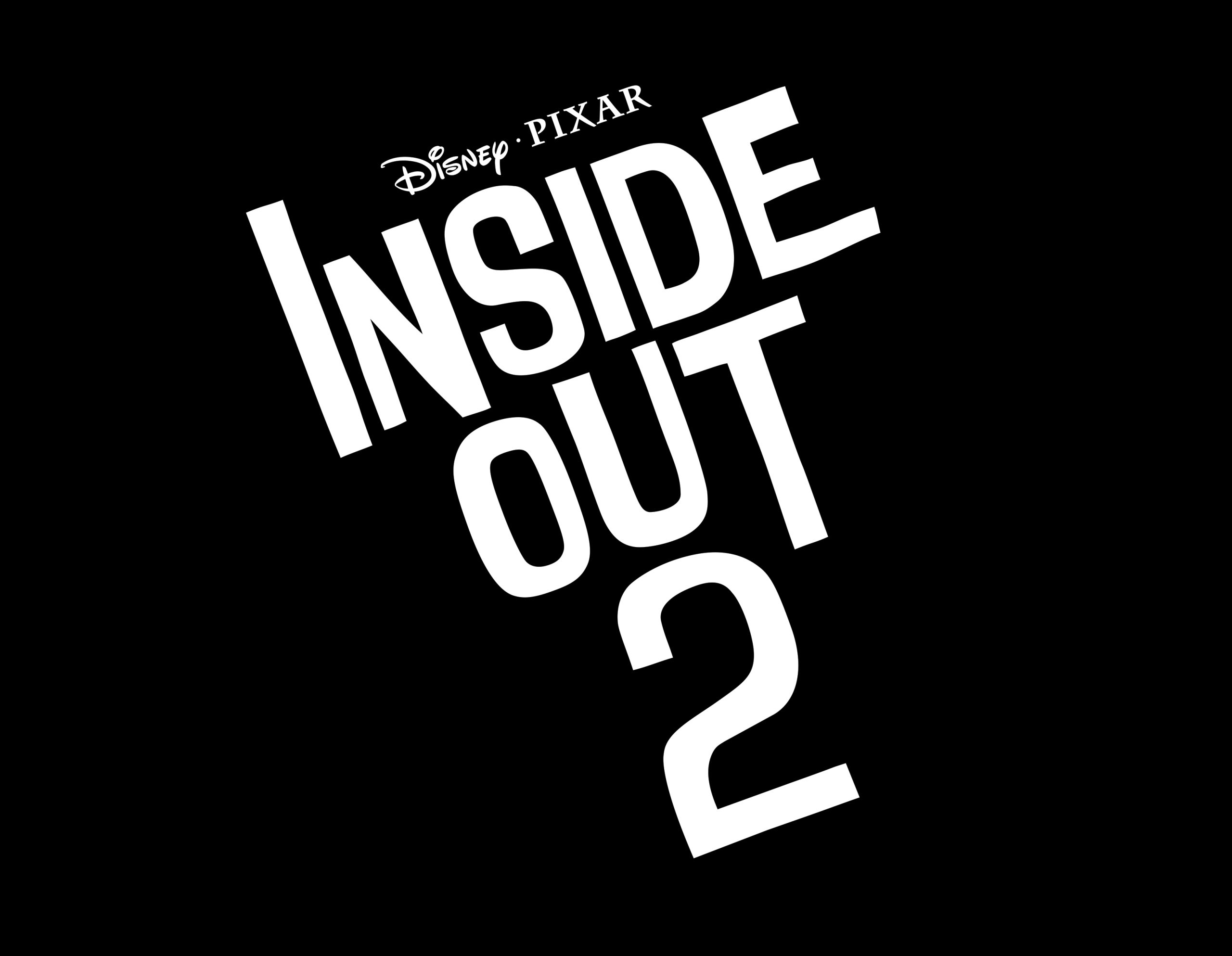 D3 Expo debuts its official poster for Disney’s films Peter Pan and Wendy. The live-action adaptation follows the story of 3 siblings and a young boy who compels the siblings to embark on an adventure to Neverland Island. Alexander Molony stars as Peter Pan, Ever Anderson as Wendy, Joshua Pickering as John Darling, and Jacobi Jupe as Michael Darling. Our villains include Jude Law as Captain Hook. Yara Shahidi will play Tinker Bell and Alyssa Wapanatahk as Tiger Lily. Walt Disney Studios will release Peter and Wendy on Disney+ in 2023. 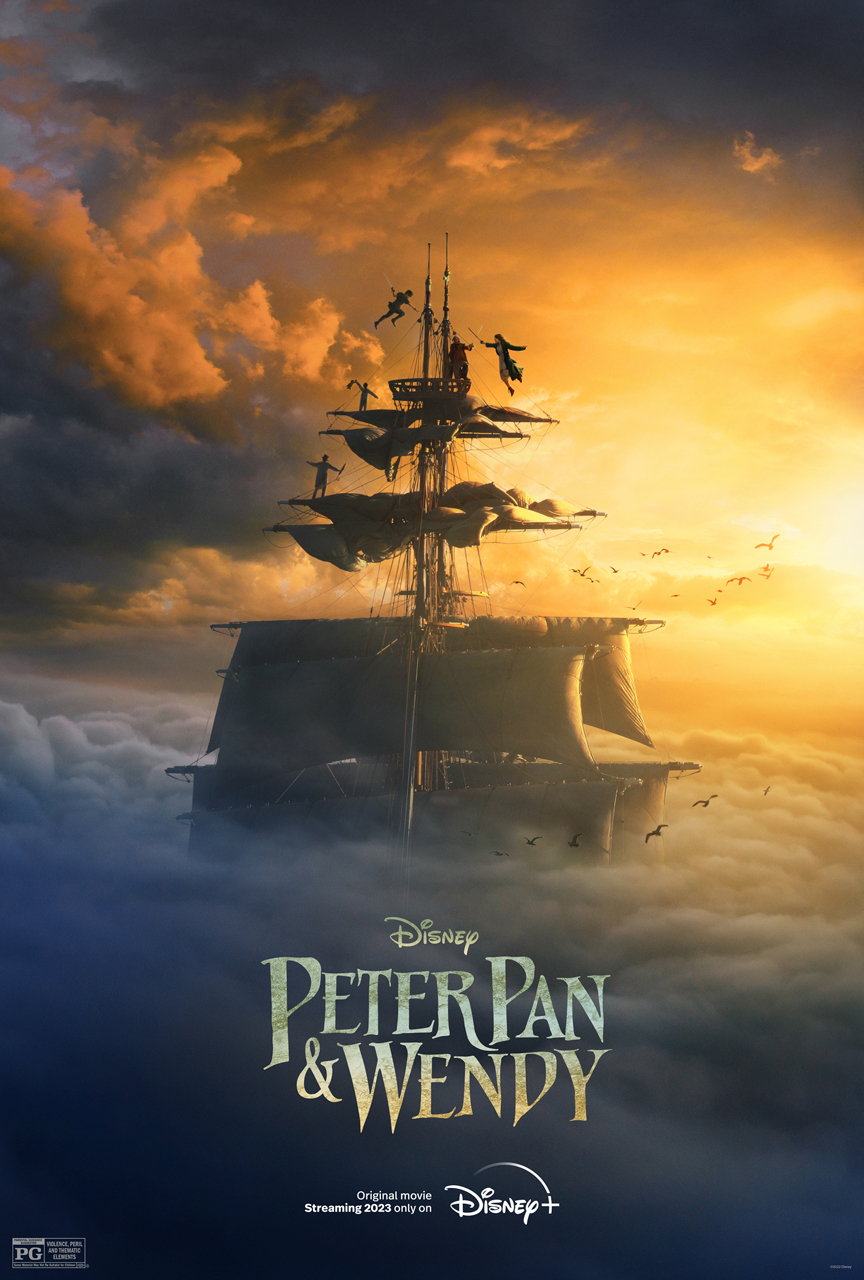 Disney unveils the first look at the animation Wish starring Ariana Debose as Asha, which will stream on Disney + on  November 2023. Chris Buck and Fawn Veerasunthorn will partner to direct the film. This film details the origin of where the “Wishing Star” began. Wish will feature newly compose music by Julia Michaels with Peter Del Vecho and Juan Pablo Reyes as the producer. 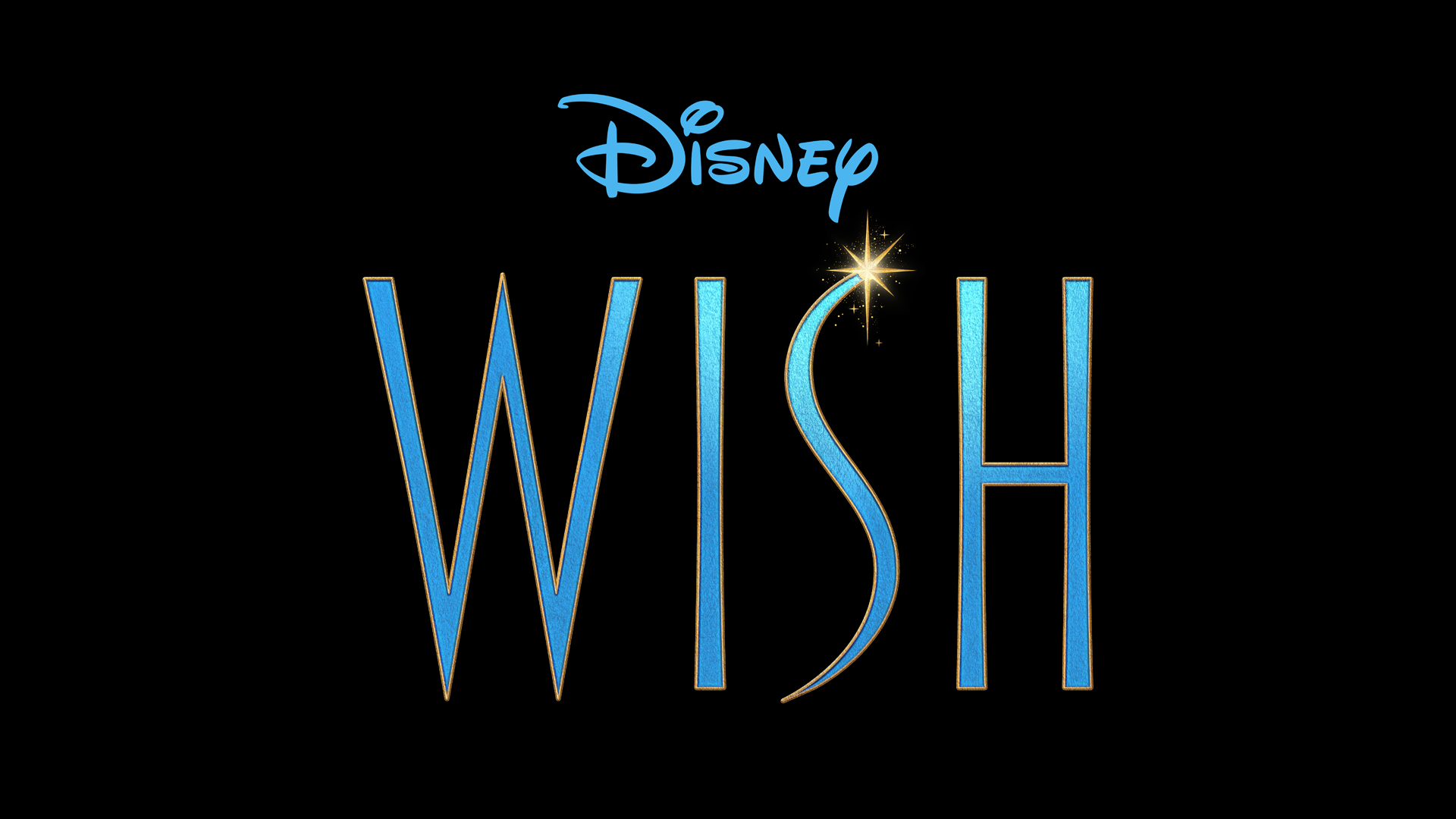 Disney and Pixar’s most recent animated film, Elemental, tells the story of elements such as land, water, fire, and air coexisting in one space. The film follows the story of Ember and Wade, played by Leah Lewis and Mamoudou Athie, as they discover similarities in each other while exploring their natural elements. The film will debut on June 16, 2023. Elemental is inspired by its director, Peter Sohn’s childhood while living in New York. Ember and Wade discover how much they really have in common. 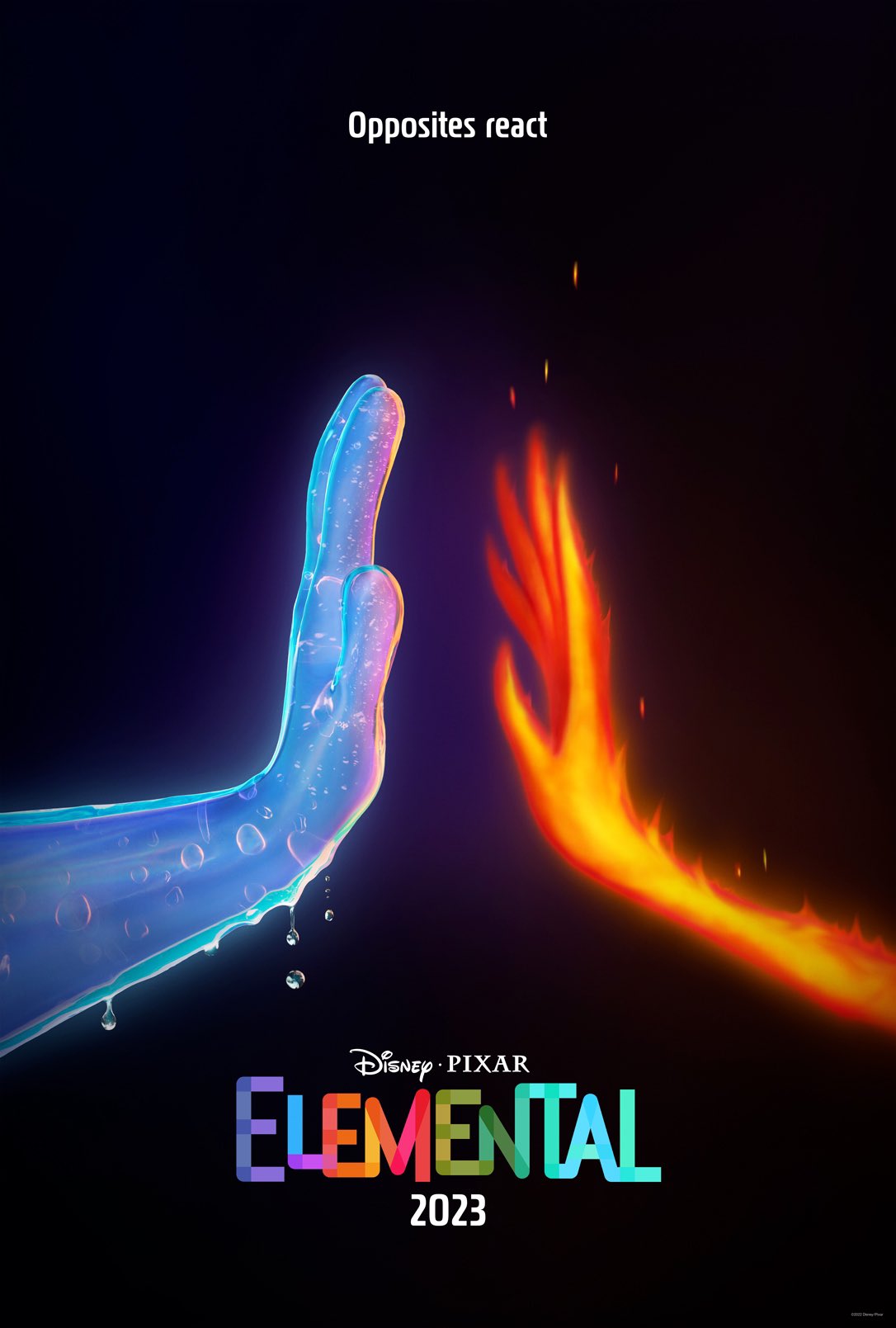 The animated Disney and Pixar film ELIO takes you on an adventure with a boy who transports throughout the galaxy. He is mistaken for an intergalactic Ambassador for the planet Earth. Elio’s release date will be March 1, 2024. 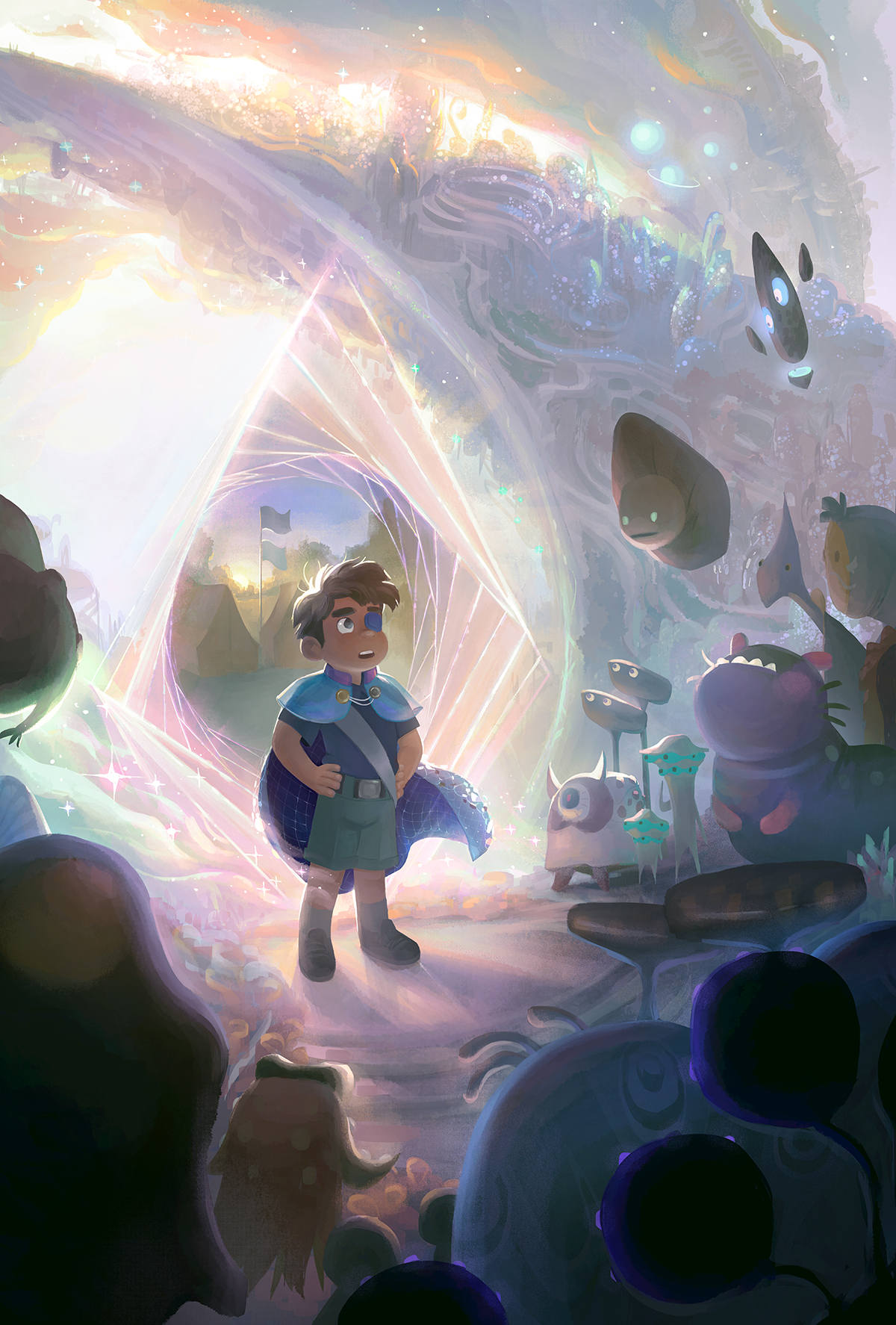 Iwájú takes you on a futuristic journey through Lagos, Nigeria, that explores themes such as “class, innocence, and challenging the status quo,” according to IMDb.com. This Disney original animation will be a sci-fi television series and will release on Disney + in 2023. 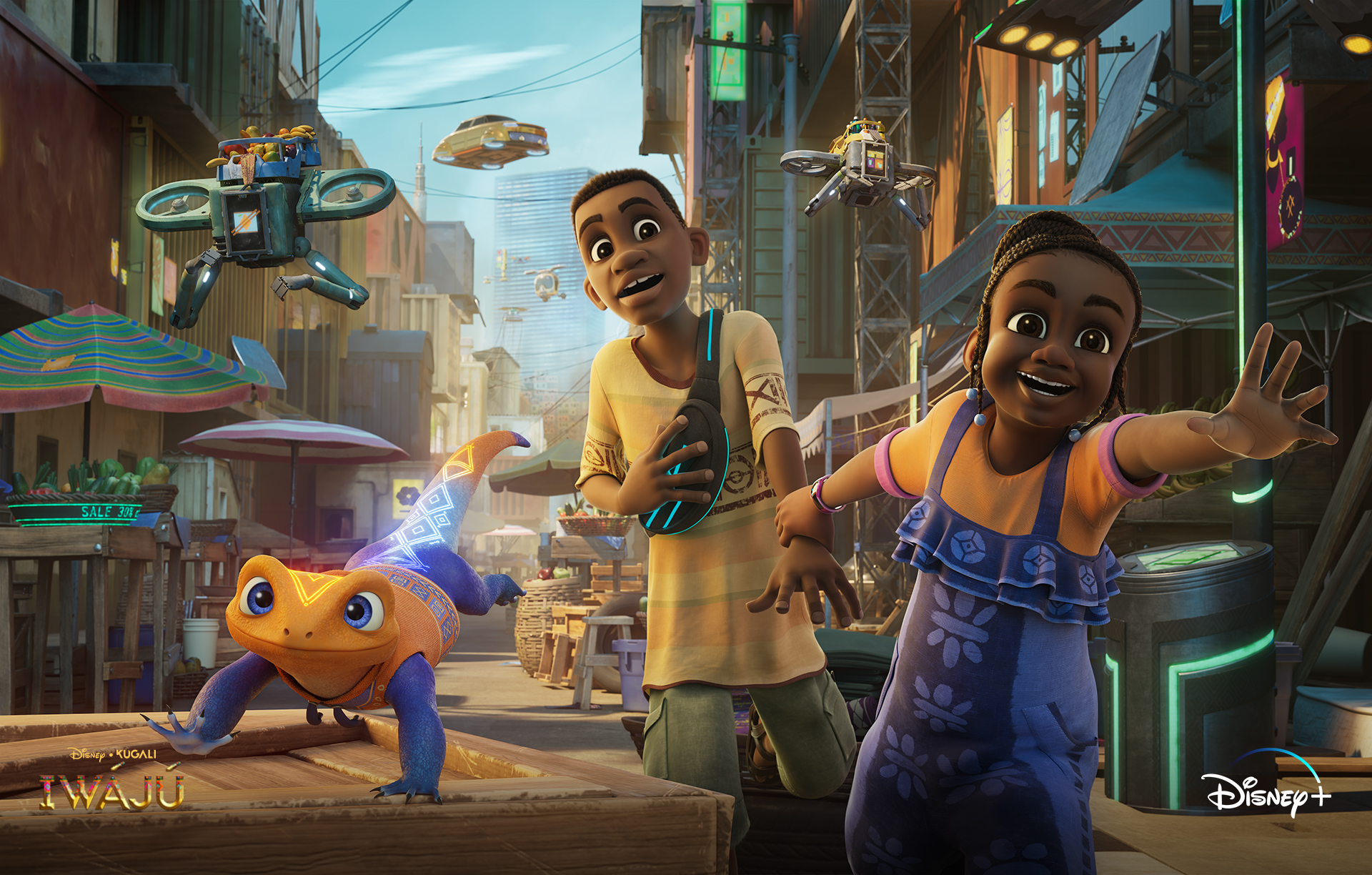 Disney is all about rebooting its classics, and Snow White live-action will release in 2024. Walt Disney Studios announces the brand-new release starring Rachel Zegler, Gal Gadot, and Andrew Burnap. Marc Webb will direct the screenplay adaptation by Greta Gerwig and Erin Cressida. 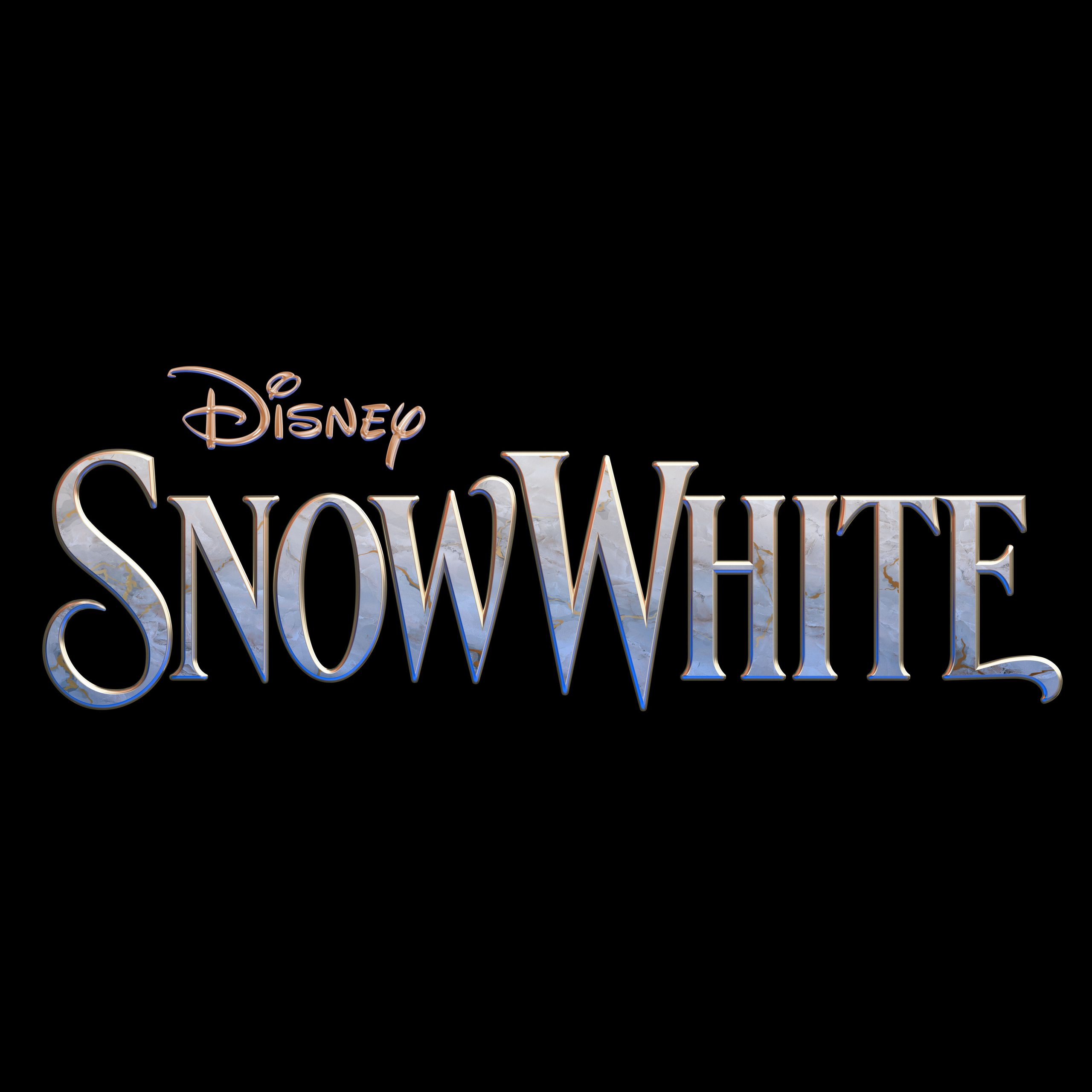 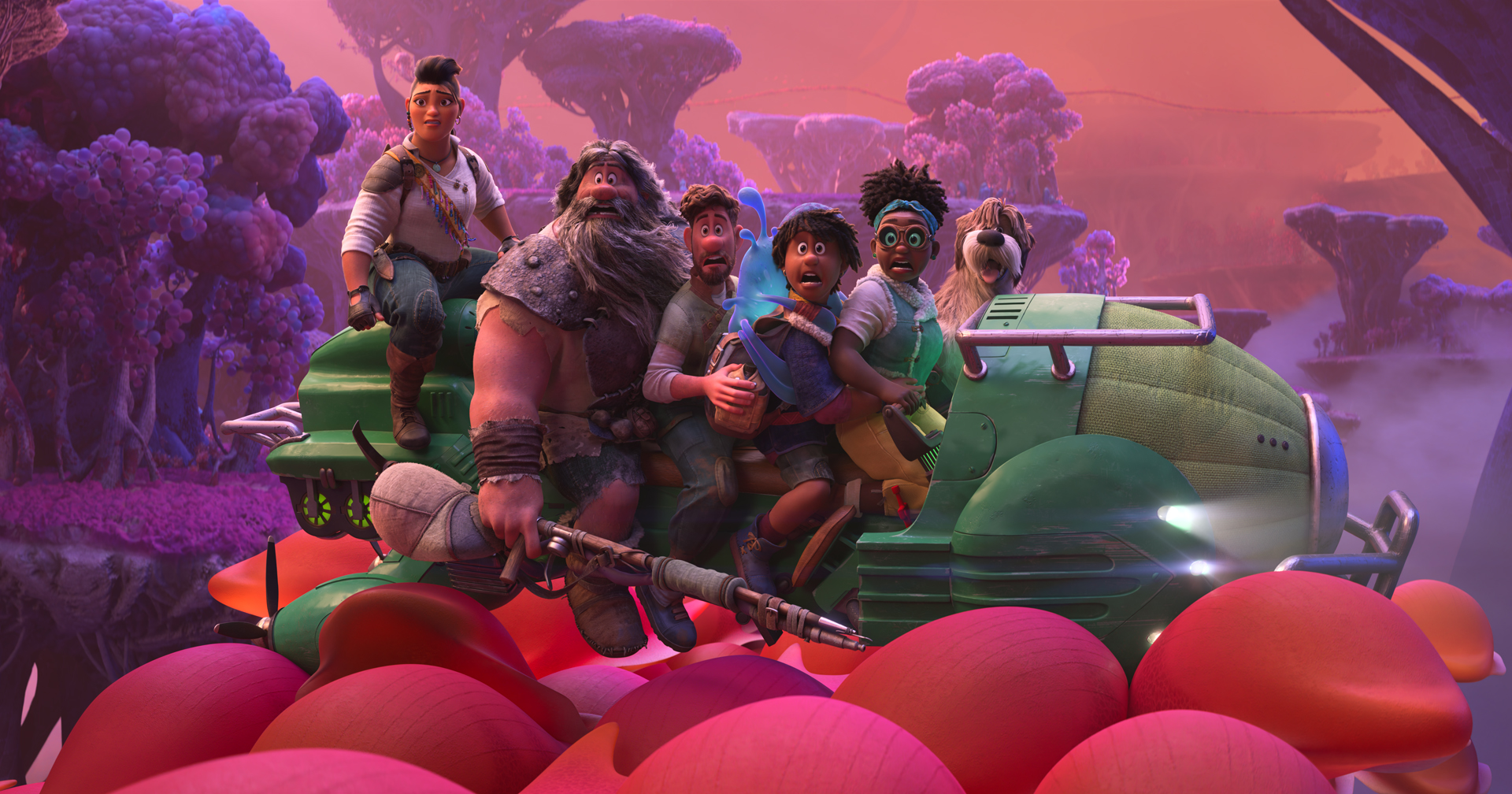 Can you believe the number of Disney and Pixar films announced just on the first day? We cannot wait to see what Marvel and Lucas Films have in store for their upcoming releases. For more information or to watch the Expo live, click here.