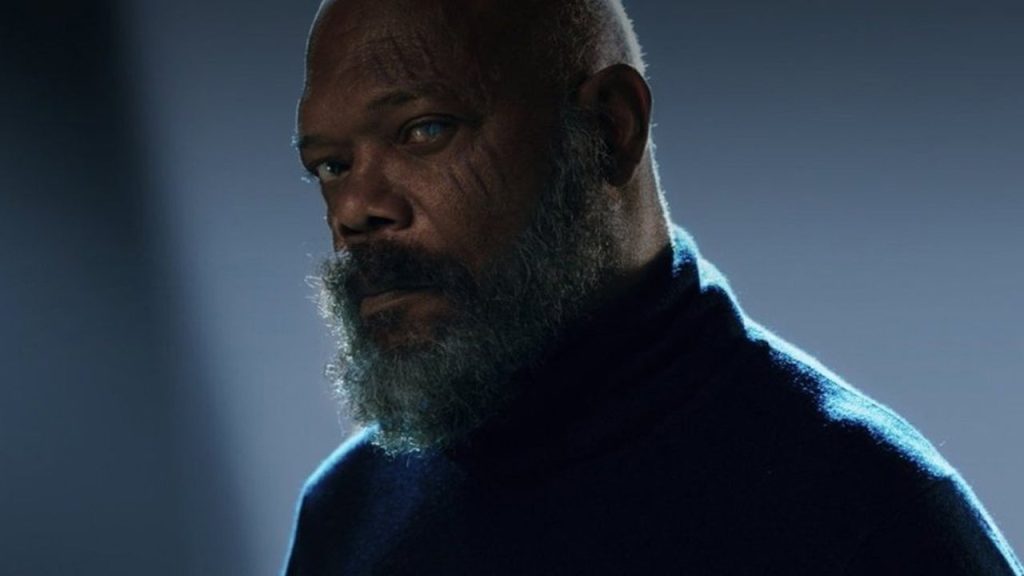 It’s Day 2, and we’re excited to share all the juicy announcements from the D23 Expo stage. Let’s just say the House of Mouse didn’t come to play.

The morning thrust us into multiversal, intergalactic, and world-spanning adventurers as Lucasfilm, Marvel Studios, and 20th Century Studios took to the stage and left our minds blown from the slate of spectacular-ness they have in store.

Diego Luna and Kathleen Kennedy kicked off Saturday with a new trailer! Andor, if you don’t know, is an upcoming American television series that will explore a new perspective from the Star Wars galaxy, focusing on Cassian Andor’s journey to discover the difference he can make. The series brings forward the tale of the burgeoning rebellion against the Empire and how people and planets became involved. It’s an era filled with danger, deception, and intrigue where Cassian will embark on the path that is destined to turn him into a rebel hero.

They also released poster art for this epic series which is already greenlit for season 2 and may begin production soon. So be sure to experience this 3-episode premiere streaming on September 21.

The first trailer for The Mandalorian season 3 has officially been released online. The cast of the third season, including Pedro Pascal, Giancarlo Esposito, Amy Sedaris, Katee Sackhoff, Emily Swallow, and executive producers Dave Filoni, Jon Favreau, and Rick Famuyiwa, came out on stage to introduce the new season. In the trailer, Din Djarin/Mando has been cast out of the Mandalorians, because he broke the rules to remove his helmet, and Katee Sackoff’s Bo Katan is hunting for him.

No specific release date has yet been confirmed for The Mandalorian season 3, but they announced at Star Wars Celebration that it would be coming out in February 2023, so we’ll have to wait and see until then check out the trailer. 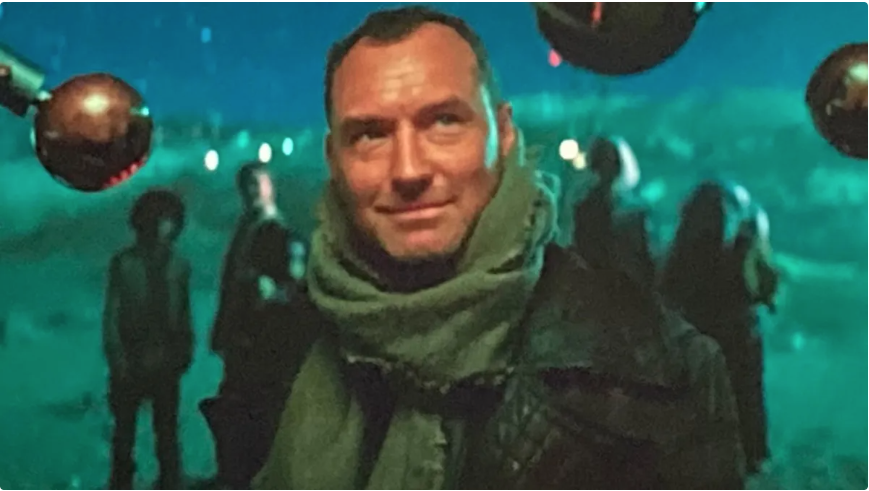 Get ready for Disney’s Star Wars: Skeleton Crew, a Disney Plus coming-of-age story about younglings lost in a galaxy far, far away. Jude Law joined director Jon Watts on stage to reveal a first-look photo and talk about how it feels to make his Star Wars debut.

Star Wars: Tales of the Jedi

Two stories of fate, one destiny births a D23 trailer for Tales of The Jedi! Created by Dave Filoni and Charles Murray, a six-episode series of shorts will debut on Disney+ on October 26 and focus on Ashoka, Count Dooku, and Liam Neeson’s Qui Gon-Jinn.

The critically acclaimed animated series Star Wars: The Bad Batch created by Dave Filoni is set to roll out again for Season 2, coming to Disney+ on January 14, with 16 episodes and a two-episode premiere.

A blast from our 1988 past is coming back! Kathleen Kennedy announced a new Willow series is coming to Disney+ on Nov. 30. With a release of a cool poster and a never-before-seen trailer showing the epic tale. Not only was the iconic Warwick Davis on stage to present, but Christian Salter also joined him because he’s joining the cast!

The first look is here! Currently, an untitled project directed by James Mangold stopped by the D23 stage to show the new trailer for Indiana Jones. He was joined onstage by Lucasfilm’s Kathleen Kennedy, franchise veteran Harrison Ford, and his fellow Indiana Jones 5 cast member, Phoebe Waller-Bridge. This will be Harrison Ford’s last ride as Indiana Jones, so make sure to check out the film scheduled to hit theaters on June 30, 2023 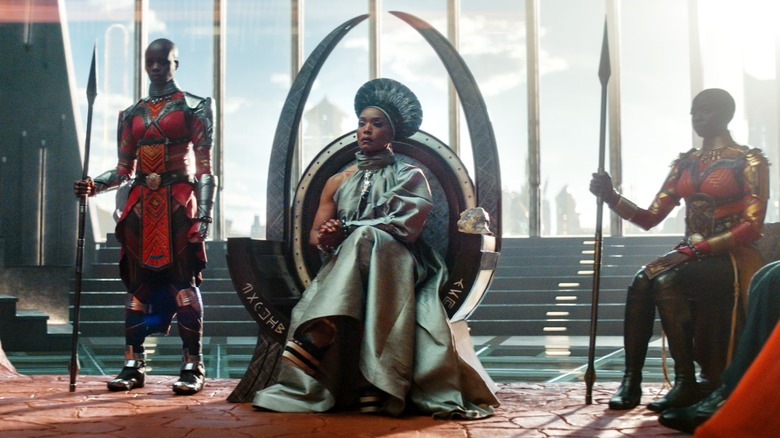 Black Panther: Wakanda Forever got another moment in the spotlight at the D23 Marvel Studios Showcase when director Ryan Coogler joined the D23 stage with a new clip from the sequel. The footage shown exclusively to attendees offers a glimpse at a UN meeting in which various nations worldwide are frustrated with Wakanda for selling Vibranium on the open market. This leads to the Queen saying, “The dangerous potential of vibranium, but the dangerous potential of you.” It is noted that Wakanda’s protector (Chadwick Boseman’s T’Challa) is gone before going into an elaborate fight scene between the Dora Milaje and a large group of soldiers. The up-and-coming sequel will focus on the rest of the world trying to capitalize on getting Wakanda’s resources when they’re at their weakest. 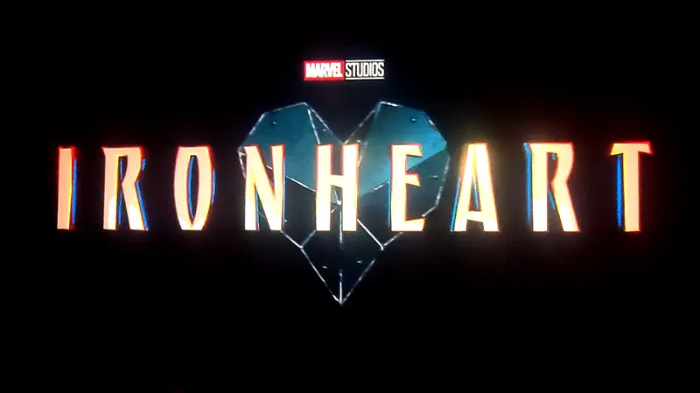 The first teaser trailer for the new Disney Plus series Ironheart was shown behind closed doors. In the teaser, Riri (Dominique Thorne) has a suit of armor – which may belong to Tony Stark, Rhodey, or someone else entirely – and says, “I want to build something like that, but better.” The trailer revealed that In the Heights’ Anthony Ramos is playing Parker Robbins, AKA The Hood, while Community’s Jim Rash is back as his MIT character from Captain America: Civil War.

Ant-Man and the Wasp: Quantumania

Paul Rudd, Evangeline Lily, and Jonathan Majors graced the stage with Kevin Feige to discuss the film. Paul Rudd says “this is unlike anything you’ve seen, certainly from Ant-Man and the Wasp. This thing is bananas.” The reel shown will remain exclusive to D23 attendees, but hopefully, we’ll see it soon.

Kevin Feige was full of casting announcements and reveals for Marvel, and now this! A new teaser trailer. The miniseries will premiere in 2023, bringing back Samuel L. Jackson as Nick Fury and Cobie Smulders as Maria Hill, and has many, many Skrulls. This series will roll right into Armor Wars, which will begin filming next year. 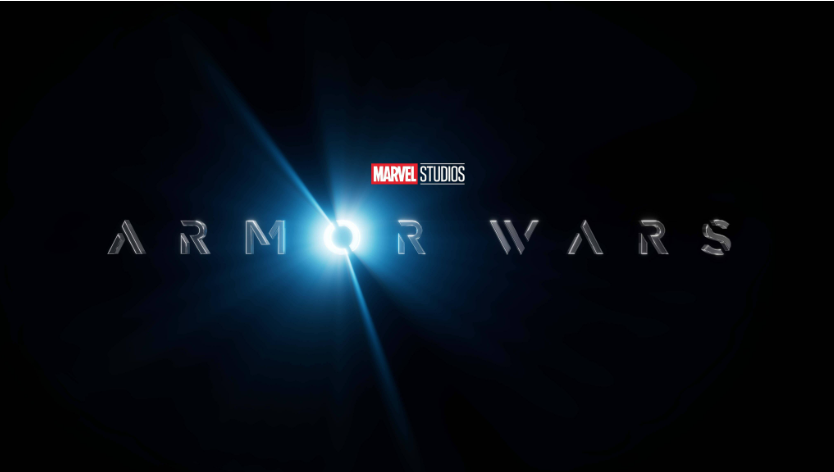 Just like that, we get to see Don Cheadle back in the MCU. It’s been announced that he will reprise his role as Colonel James “Rhodey” Rhodes — aka War Machine. He will star in Marvel Studios’ Armor Wars, a Disney Plus series.

Marvel has finally confirmed a Werewolf by Night Halloween special.  The new trailer stars Gael Garcia Bernal and Laura Donnelly and gives off spooky and campy vibes. So, get ready because it’s coming to Disney Plus on Oct. 7.

Based on Marvel’s hit comic books, Marvel’s Moon Girl and Devil Dinosaur follow Lunella and Devil Dinosaur’s adventures. After 13-year-old super-genius Lunella accidentally brings a ten-ton T-Rex Devil Dinosaur into present-day New York City via a time vortex, the duo works together to protect the city’s Lower East Side from danger. In the new trailer, Lunella leads a busy life as a gifted student, devoted daughter, and loyal friend – and that doesn’t even begin to cover her extracurricular activities! Her life takes a turn for the bizarre when she transports Devil Dinosaur to the present day, inspiring a slew of supervillains to show up in her neighborhood.

Coming Feb 10th, 2023, to the Disney Channel and soon to follow on Disney+

Remember those jolly Tim Allen Santa Claus movies? Well, we’re almost to the holidays, and guess who’s returning? On the D23 stage, Tim Allen and the cast showed the new Disney+ Original series trailer for The Santa Clauses. The show’s two-episode premiere will come to our TVs on November 16.

Percy Jackson and the Olympians

Cast Walker Scobell (Percy Jackson), Leah Sava Jeffries (Annabeth Chase ), and Aryan Simhadri (Grover Underwood) join Author Rick Riordan on the D23 stage to give us the series’ first look. The new series focuses on the titular 12-year-old boy Percy, who discovers that he is the son of the Greek god Poseidon and begins training to become a hero at Camp Half-Blood, a special training camp for demigods.

Percy Jackson and the Olympians is currently filming and is scheduled to wrap production in January 2023.