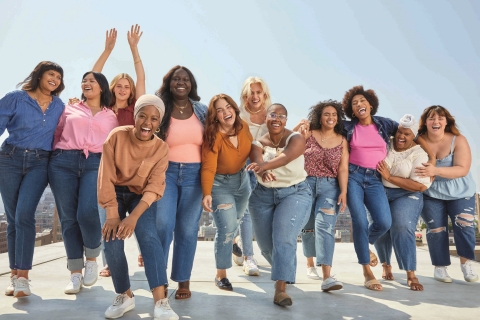 You’ve probably seen some changes to clothing stores this year. The brick and mortar stores able to stay in business are pushing to showcase their extended size range. They say it’s to be more inclusive but is there another force at play?

The pandemic caused added strain to already struggling malls and stores. It’s a smart move to not further restrict their customer base by the limited sizes they offer. According to CNBC, the plus size clothing industry is a $32 billion market that isn’t slowing down. There is also a social push to offer a wider range of sizes and to make people feel accepted by brands.

Old Navy grabbed headlines last month with the launch of their new BODEQUALITY campaign. They’ve had plus size clothing in store since 2004 but it was kept in a separate plus size section. They will now merge the sections and have sizes 0-28 merchandized together.

They made changes besides how the clothes are displayed. Each style will be the same price regardless of size, without an up-charge for bigger sizes. This is more effort than many stores have made. They administered body scans of 389 women to ensure a realistic and flattering fit, rather than just scaling up from smaller sizes.

In contrast, Abercrombie is newer to advocating for plus sized fashion. A previous CEO, Mike Jeffries, made comments discovered in May of 2013 about not wanting overweight women to wear his clothes. The clothing company faced criticism and he had to issue a public apology.

Abercrombie has changed their tune with the Style Not Size campaign. They collaborated with recognizable influencers Denise Mercedes and Maria Castellanos who also modeled the clothes. Besides this partnership, they haven’t seemed to make a big deal about the movement or made any positive headlines about it. If they’d like to continue breaking into this market, they will need to catch up.