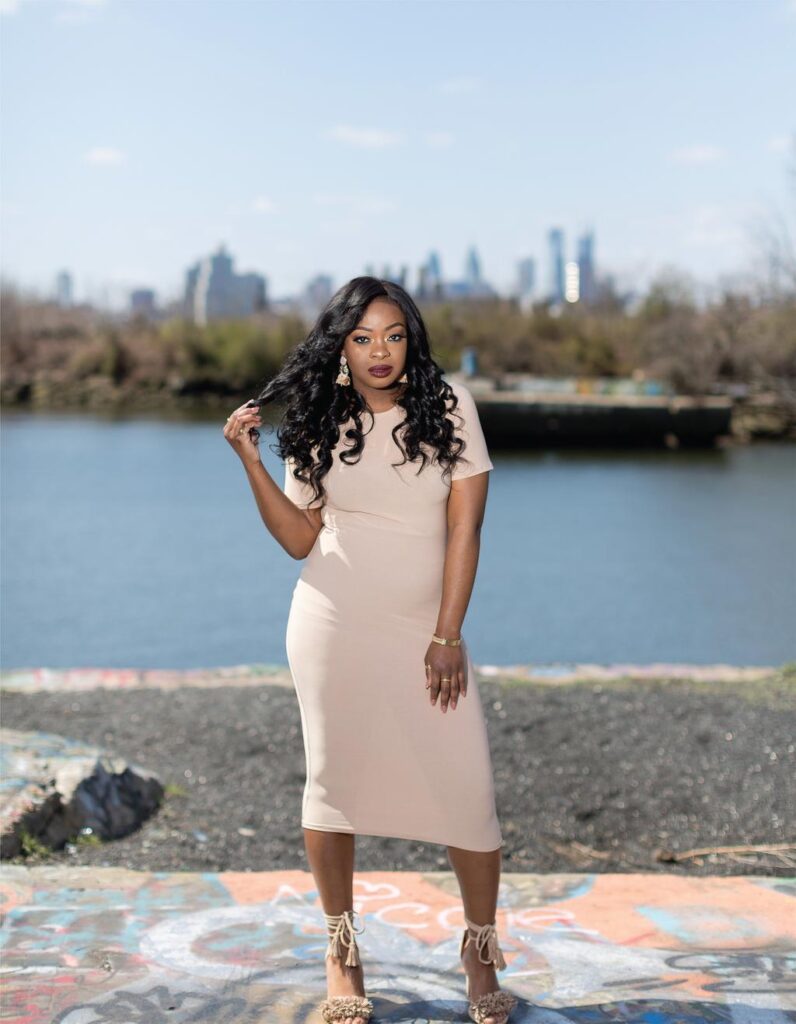 AUNYEA LACHELLE is a lifestyle & entertainment reporter for NBC10 Philadelphia.

She joined NBC10 in July 2019 and enjoys showing viewers the amazing, hidden gems of what Philly has to offer. During her time at NBC10, Lachelle has covered a variety of subjects, from highlighting local businesses and owners during the Coronavirus pandemic to interviewing sports legend Billie Jean King, and Philly’s own music legend Patti Labelle. Aunyea enjoys highlighting the work of local non-profits and community groups who she believes are the true champions of the city.

“Having been born and raised here, I know this area is bursting with entertainment! There’s so much to do and see, from music and food to sports and events, we’ve got it all,” says Aunyea.

Prior to joining NBC10, Aunyea worked as a community affairs coordinator, programming producer, and digital reporter at WPVI.

I sat down with Aunyea as we talked about family ties, her passion for broadcasting as well as her powers as a black woman. Lachelle is not shy about giving back to her community and her ability to affect change within journalism.

“Even though you may see my face, trust and believe it takes a village”

Philly Live launched September 9th, 2019, and it really is a show that is meant to take people off of the beaten path, introduce them to something new––all things that they can do, see, explore, discover, in Philly and the Philadelphia region.

That’s everything from small businesses, new restaurants, shops, experiences, I’ve done just about everything until COVID came and hit––we’ve done just about everything on the show from flying trapeze to the Poconos. It really is amazing. And I was born and raised in Philly. So it’s been an honor and a blessing to be able to take my fellow Philadelphians on the journey with me every day, weekdays at 11:45 am on NBC 10.

Aside from her skills as a talented journalist, Aunyea enjoys showing off her dance moves. When asked about how dancing became apart of the show she shares:

“I open and I close our show every day by dancing, just a warm, fresh welcome, sort of change-of-pace from the news that was on previously before us. But it was during the final rehearsals for Philly Live before we launched. I think it was our last rehearsal, actually. I was just in a really great mood. I was so excited!

This was my first time hosting a show on television. I was just dancing for the rehearsal. Afterward, my producer comes up to the studio. And he goes, “Yeah, we took a vote in the control room, and we want you to do that. I want you to do that on the show every day.”

I was just playing around! But you know I’m a trooper, I’m a team player. So I did it and it stuck. And it’s now part of my brand.

DR- It went over so well because it was genuine, that was just your mood. And that’s what comes across every time viewers watch Philly Live. It’s a pretty big deal to have a show on TV. Right?

AL- Yeah, it’s huge! It does not happen often, especially in the field of journalism. Typically you have to get your start in a smaller market, I was lucky and blessed enough to be able to start at our competing station, and then move on over here