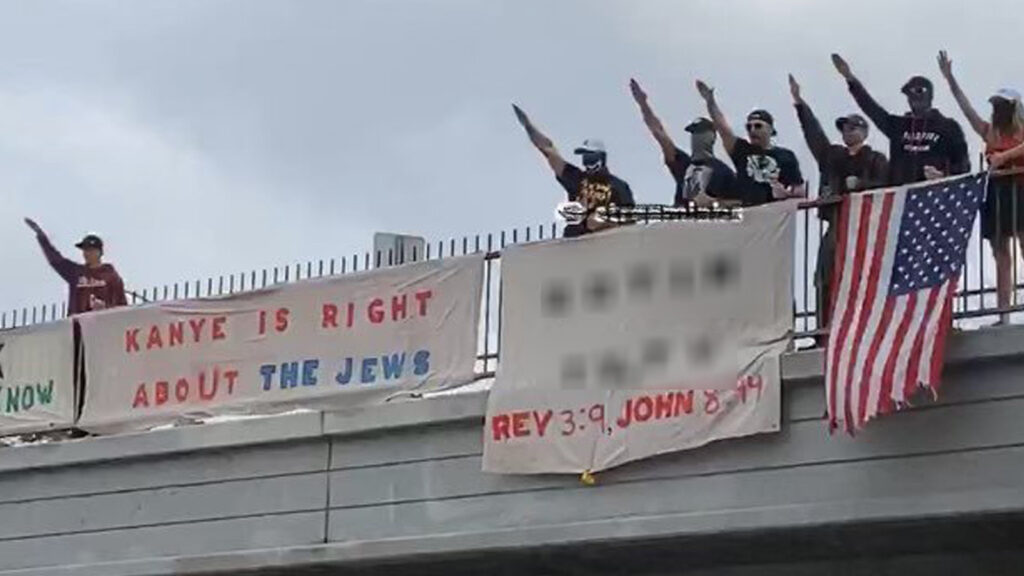 Unless you live under a rock, you are currently seeing the words “antisemitism” and “anti-blackness” associated with the name Kanye West everywhere you turn on the internet. We are seeing the global music, fashion, and business icon publicly spiral, and it’s a lot to handle. I get it. But, Kanye’s antics continue to spark critical conversations that are worth having. With his latest antisemitic comments, he’s lost quite a few partnerships with major corporations. Ironically, Kanye’s previous anti-black comments did not receive the same energy. So, let’s get into it.

First, what is antisemitism?

According to the Holocaust Remembrance website, antisemitism frequently charges Jews with conspiring to harm humanity, and it is often used to blame Jews for “why things go wrong.” Antisemitism can be expressed through speech, writing, visual forms and action, and employs sinister stereotypes and negative character traits.

Kihana Miraya Ross, a professor of African American Studies, differentiated anti-blackness from racism in the New York Times. She wrote that anti-blackness is “a theoretical framework that illuminates society’s inability to recognize our humanity — the disdain, disregard and disgust for our existence.”

Let’s consider someone like Candace Owens. Double disadvantaged: woman and Black. Time and time again, Candace gets Twitter feeds riled up over her outright vile views on issues that impact Black people. But why would she care when she continues to receive publicity, and most importantly, money. To absolutely no one’s surprise, it was Candace who wore a matching “White Lives Matter” t-shirt “in solidarity” with Kanye.

How both are viewed in America

As Mike Freeman wrote in USA Today, Black people and Jewish people “have a unique, powerful and, sadly, generational relationship with persecution.” Historically, and especially during the civil rights movement, Black people and Jews are longtime allies. There’s been an amicable and empathetic connection between the communities for quite some time. Freeman notes that although the connection between the communities is not flawless, it’s remained close.

The reality is that although anti-blackness and antisemitism are both as American as apple pie, the former often goes unchecked, and with little to no consequence.

Despite the numerous occasions Kanye spewed anti-black rhetoric over the past few years, he received consequence for none of them. Or, perhaps he’d hear about a little disdain from his fans. But he knew that just meant he needed to put out a new project to win them back over. From saying in 2018 that “slavery was a choice” for African Americans, to wearing a White Lives Matter t-shirt during Paris Fashion Week. To most recently declaring that George Floyd was killed by fentanyl and not at the hands of a police officer. None of those incidents resulted in a terminated partnership. It was not until he began to spew anti-semetic rhetoric that he started to receive major backlash from corporations.

FACT: Before Kanye West was “the face of Anti-Semitism,” he was one of the hip-hop faces of misogynoir, anti-Blackness, Trumpism, and slavery-denial.

Kanye West was not cancelled after saying “slavery was a choice” and other anti-Black statements.

In fact, his career exploded, major companies like Adidas and the Gap signed him, and he became a billionaire.

Anti-Semitism should be punished. But so should anti-Blackness.

Southern Poverty Law Center reported in 2021 that anti-black hate crimes increased in 2020. This is due to rhetoric from the Trump administration. It’s important to note that the companies who are cutting ties with Kanye now due to his anti-Semitic remarks, remained silent following his anti-black remarks. Even with hate crimes on the rise due to anti-black rhetoric.

Particularly, Adidas chose to publicly stand by Kanye following his slavery was a choice comment. All of a sudden, the global brand is publicly denouncing his comments and terminating their partnership.

Brittany Packnett Cunningham took her thoughts to a Twitter thread. She carefully highlights the importance of not viewing this discourse as a competition between anti-blackness or antisemitism, but rather as a reminder that they’re bound to show up, together.

There is legitimately personal reflection to be done if you are white and Kanye’s anti-Blackness was an afterthought.

Companies, aside from Adidas, that have cut ties with Kanye include JP Morgan Chase, Balenciaga, and Creative Artists Agency (CAA). The law firm who represented the rapper during his divorce, Cohen Clair Lans Greifer Thorpe and Rottenstreich, also cut ties. Retailers like TJ Maxx, The RealReal, Peloton, Footlocker, and Gap said “snip, snip!” And both Instagram and Facebook disabled Kanye’s accounts. All of which did not make any noise when Kanye previously evoked anti-blackness in his interviews. I wonder why.

Who gets to be anti-black?

Political figures like Trump, Ron DeSantis of Florida, and Ted Cruz of Texas who constantly spew hateful, anti-Semitic, anti-Black rhetoric, still remain in power. But guess what? As a result of his remarks, Kanye lost his billionaire status and may never recover.

Some tweets following the announcements of Kanye’s partnerships ending imply that Black people should have demanded the partnerships a long time ago after his anti-black comments. A number of tweeters say the companies so quickly responded to outrage over antisemitism because the Jewish community organizes to defend themselves more than Black communities do.

Not a Black people problem

I’d argue that, Black people also don’t necessarily possess the collective power to control those who have more power. People in powerful positions like the Trumps, the DeSantises, the Cruz’s of America, get to spew hateful rhetoric against all people with zero consequences. It’s not right, but it’s true. I’m not sure if Kanye remembers this, but he is indeed a Black man. And he simply cannot behave in the same way as his white counterparts and get away with it. Because, as the kids say, be f***ing for real. This is America.

Shall I remind us of January 6. 2021, and how those responsible and involved, still remain unscathed. Let’s be very clear here. The enemy is and always will be white supremacy. Always. But, I’ll push the envelope even further. The question of what it will take for anti-blackness to receive consequence, is strictly a question that only white people can answer. Although Black people are obviously the ones impacted by anti-black speech, Black people cannot bear the brunt or hold the responsibility of changing how it is addressed by those in power.

The late, great Toni Morrison said, “If you can only be tall because somebody’s on their knees, then you have a serious problem. And my feeling is white people have a very, very serious problem and they should start thinking about what they can do about it, but take me out of it.”