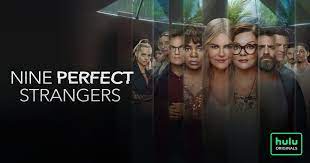 The highly anticipated mini-drama 9 perfect Strangers has been the highlight of my summer viewing binge. It is my guilty pleasure! And since I have read the book and read a few novels from Liane Moriarty, I’m absolutely a fan. The book is absolutely a must read especially if you are into health and wellness, like I am.

Although I’m particularly not a fan of book-to-film adaptation, I do make a small exception. The film or tv series has to have good acting and the film has to closely follow the book. By the way,

any film or tv series that has Nicole Kidman and Melissa McCarthy is worth the watch. Also I need to give Regina Hall her flowers too! it is good to see Hall’s range as a complex character (Carmel) who is battling with resentment, self-esteem issues, and volatile anger.

Although in the book, Carmel does not suffer anger issues, the film does show Carmel as a kind hearted person. That add on to Carmel’s character makes the mini-series much more dynamic. The Hulu version is full of twist and turns that weren’t in the book. For example, Masha, played by Nicole Kidman, the wellness guru who suffers a god-like complex–helping others “heal” their past trauma and emerging as brand new person- had an affair with Carmel’s husband which sent Carmel over the edge. That was a twist that I didn’t see coming and it also made for good TV, and by good I mean “OMG, is this really happening???”

There have been many moments in this drama-series that I have squealed in delight just like I did when I first read the book. The mini-series had a slow start, but it hit momentum by episode three. My initial reaction to the character picks weren’t the best, but that is natural when we get attached to novels and characters. That is a sign of good writing and this tells you how good of a writer Liane Morairty is.

Oftentimes, we drink the “Kool-Aide” of these self-proclaimed healers (some are indeed legit)!  We can get lost in pseudoscience and anecdotal evidence in hopes of finding something or someone that will save us! When we drink the Kool-Aide we lose control of our life and treat these gurus like gods.

9 Perfect Strangers is about nine, unique, and different people coming together for a wellness retreat in Tranquilium House (The original story is based in Australia, but we had to take it to America, you know). Tranquilium house is the place where everyone finds enlightenment, truth, freedom, healing, health, and abundance through manifestation. Sign me up right? Tranquilium House is run by former Russian powerful executive Masha (Nicole Kidman). She is responsible for healing the entire group, after all, she did pick them.

In the opening scenes of the book we learn that Masha was at a high-pressure job. She is always in control. She suffers a heart attack at the job and Yao (her future assistant) saves her life. Mahsa’s life is transformed so she opens up Tranquilium house to help others at all cost. In the drama series, Masha’s past is more ominous. Instead of suffering an heart attach, Masha is shot in the chest. And instead of giving up her child, it is shown that her child dies in bike accident that she blames herself for.

Clearly, Masha isn’t all the way there and her god-like complex is going over board. She is a lover of power and control and she cannot escape her thirst for it. Both in the book and in the mini-series, Masha is running an experiment on psychedelic drugs (micro dosing and over dosing lol). However, in the book the strangers stop Masha before she goes too far, but in the mini-series it seems like the strangers will do whatever it takes to get better. All of this healing and renewing sounds good in theory, but Masha is one carzy BIH

Her love for power and control undoes her in the book, but in the mini-series which is much more darker than the book, will have a much sinister ending, maybe an ending that consist of betrayal, death, and or murder. Sounds good right? It is so far, that is if you can get used to Nicole Kidman’s terrible Russian accent.

9 perfect Strangers is available on Hulu and Hulu+