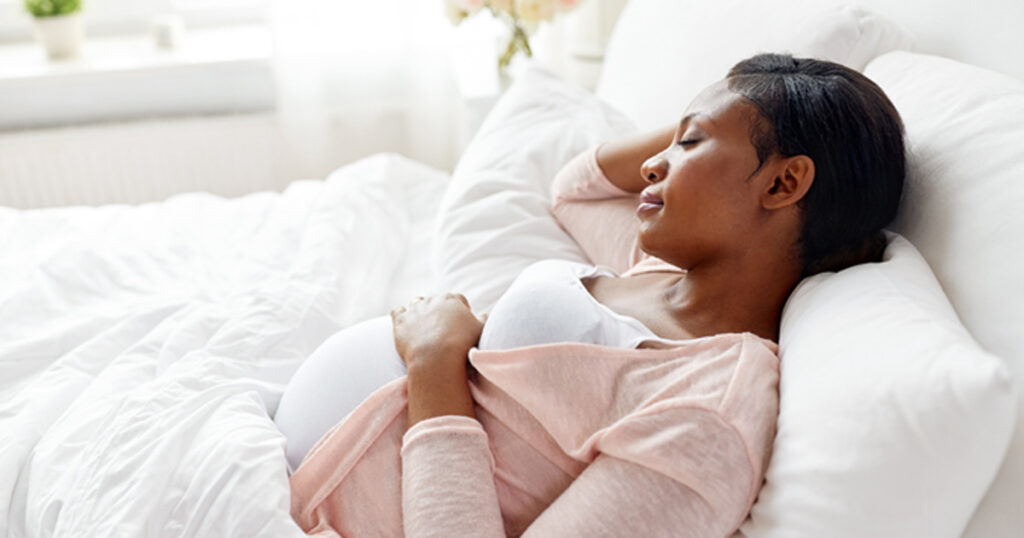 Too many Black women are dying in pregnancy and childbirth. The United States maternal mortality rate is rated the worst out of any industrialized country according to an analysis published in the journal The Lancet.

What exactly are we dealing with here? Many would argue that wellness and access to quality healthcare is a factor. Others say it’s plain and simple, Black women are simply undervalued. Moreover, amongst many other factors, there’s still suspicion around institutional racism in the healthcare system.

The CDC’s Pregnancy Mortality Surveillance System defines a pregnancy-related death when it’s within a year of pregnancy. On the other hand, the National Center for Health Statistics follows the World Health Organization’s definition of 42 days within pregnancy. So does the slightly difference in methodology skew the results at all for the number of maternal mortalities?

“I don’t think it’s as important to focus on the exact numbers. What’s important is that black women have a much higher maternal mortality rate than white women,” said Bob Anderson, chief of the mortality statistics branch at the National Center for Health Statistics.

It wasn’t until 2017 that all states had even added the standardized maternal mortality checkbox to their vital registration systems.

Researchers found that Black women fared the worst out of 658 women who died of maternal causes in 2018. Dying 2 ½ times more than white women.

What are the reasons?

It’s literally skin deep! Being African American and a woman is a double whammy. Research has shown that hypertension and obesity are more prevalent in Black women. These are health conditions that effect pregnancy outcomes. Furthermore, Black women also lack access to preventative care, highly rated hospitals as well as safe housing during their pregnancy term.

Let’s be clear. We aren’t just talking about a problem limited to class, because education and income offers no protection to Black Women.  Take tennis pro Serena Williams for example, she talked about her near death experience. She struggled to convince doctors that there was something terribly wrong when she was experiencing difficulty breathing following a C-section birth. This is proof that racism in health can impact anyone at any level. Black women are often dismissed or ignored by medical care providers. If she hadn’t been adamant or persistent, this would have been a very different outcome.

What are they trying?

Leaders in medicine are urging more doctors to recognize their own biases and to do something about it. Implicit bias training is just beginning to catch on. It’s gaining popularity in a variety of entities as a way of confronting prejudices.

The Harvard Implicit Association test measures automatic associations between categories of people and value judgments through a series of multiple-choice questions. (Take the test here) The test not only looks at biases on race but also religion and ethnicity.  We aren’t looking at a one solution for all strategy to fix this, but it is a start and the earlier it begins the better.

Mayo medical schools in Arizona and Rochester, Minn., recently started offering training for their students. I’m sure it will be years before data is produced to see if it had an on impact on implicit biases but it’s definitely a starting point.