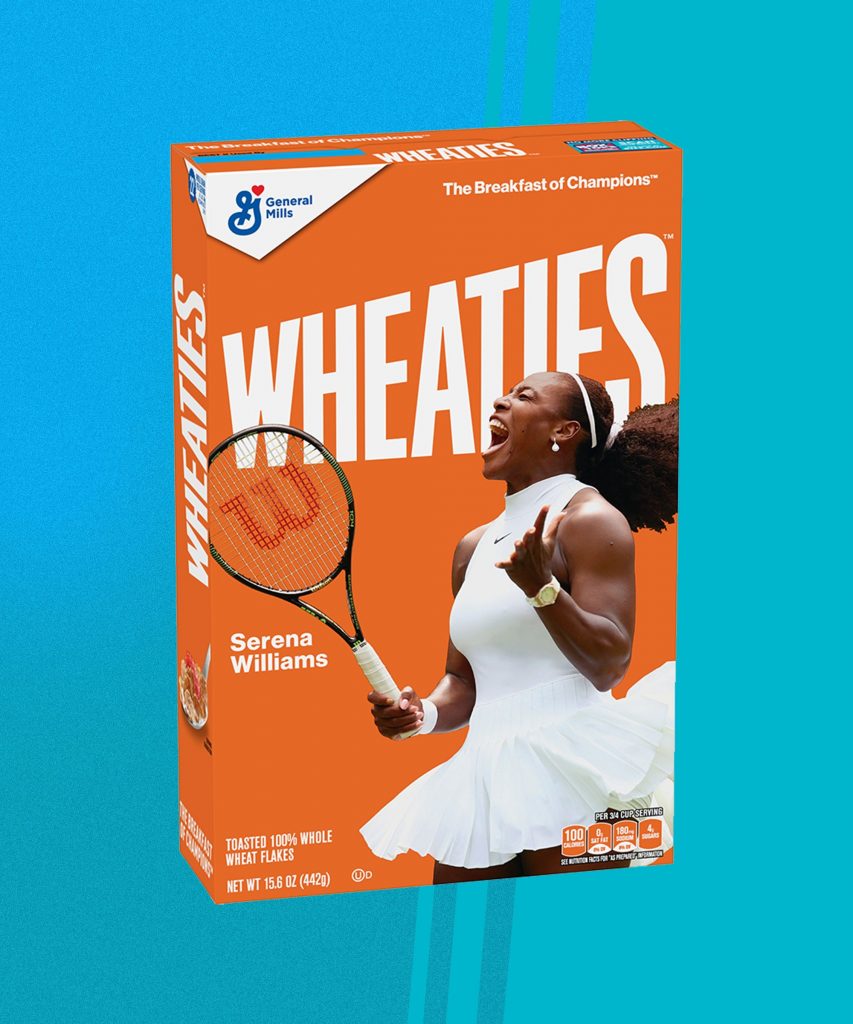 Maybe it’s just me. But am I the only person who just assumed Serena Williams, one of the greatest athletes to ever lace up a pair of tennis shoes had already donned a Wheaties box?

I have 23 grand reasons to assume this would have already happened. Serena you can’t beat me Williams. Serena Grand Slam Williams. Serena snap back Williams, have only now been put on a Wheaties box.

Ok yes, I am irrevocably in love with the fact that this happened. Serena is only the second woman of color to grace the Wheaties box.

Serena says “In 2001, Wheaties paid homage to a true champion and an icon by putting her on the cover of a Wheaties box. Althea Gibson was the FIRST Black Woman tennis player to be on the box. Today, I am honored to be the second.”

Wheaties is in rare company of making Serena come second, and apart from one of her most recent defeats that was questionable this one kind of feels a little better and a little worse at the same time. How did they miss this rock star, once in a generation iconic super woman? Michael Jeffrey Jordan covered the box 14 times! Yes, he is the Goat in basketball for sure, but Serena might go down as the goat of an athlete. She slammed obstacles in grand fashion most the people on the list of Wheaties boxes never had to confront. Jimmie Foxx, Bob Feller, Raymond Berry, Pete Rose, Jim Kelly, Larry Bird, John Elway, Cal Ripken Jr., Babe Ruth, Dan Marino. I mean these are the greats and none have been more an advocate, leveraging their platform, carrying an entire sport on their back quite like Serena.

In 1934, the breakfast cereal Wheaties began the practice of including pictures of athletes on its packaging to coincide with its slogan, “The Breakfast of Champions.”

Since 1934 the greats got their due and it’s about time Serena got hers too. Well-deserved and way too late. But I guess late is better than never. This seems to be the common theme when it comes to giving women their due, maybe Serena finally covering the Wheaties box will ignite the fires that set ablaze for women to get equal pay…