To sue or not to sue. As the upcoming Philadelphia District Attorney Democrat primary election between Incumbent Larry Krasner seeking a second term and former Assistant District Attorney Carlos Vega nears. We here at InClub want to help voters get a sense of both candidates. The good, the bad, and the Ben and Jerry’s. 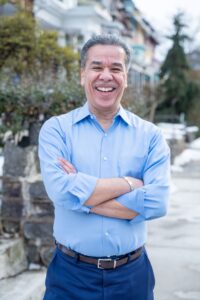 We will start with Carlos Vega but do not confuse his being the challenging opponent with being inexperienced for he is anything but. Having been the first Latino criminal prosecutor in Pennsylvania and served in the Philadelphia DA’s office for over thirty-five years working under Republican and Democrat leadership. Leaving in 2018 when Krasner newly elected did a purge for his new administration. He understands the job and the responsibilities that come with it.

His strong suit would come from his experience as a prosecutor. Outlined on his campaign website that the biggest issue his office would tackle would be the enclave of gun violence that has torn through Philly. Painted as a traditional DA candidate Vega does have his weak points not being known for progressive police reform in a time when America grapples with its relation with policing.

Open to reforms he has made promises for cash bail reform, police accountability, and community relation improvement. With his past and record to bolster him, former Assistant District Attorney Carlos Vega might be what Philadelphia needs in these unprecedented times. 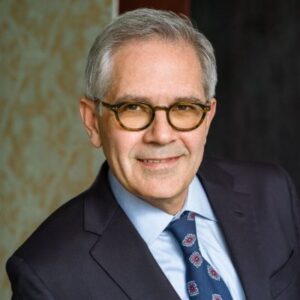 As Mr. Krasner nears the end of his first term he will be looking to the people for a progress review. Starting his private practice in 1993 Krasner was a public defender specializing in freedom of speech and has been known to represent demonstrators.

Krasner ran on a platform of reform in 2017 seeming like the wild horse of the race.

Having decriminalized the use of Marijuana in his first term and leading an effort of relooking past cases leading to nineteen exonerations. Creating the CARES which provides additional services to family members of homicide victims.

Krasner has been criticized for being soft on crime as we face a violence epidemic. Having a conviction rate for illegal gun ownership fall with the arrest starkly rise as the Philadelphia Inquirer reports.

His biggest weakness is being the incumbent in the worst crime wave in modern Philly history and his lack of prosecutorial experience. After keeping his promises through his first term of reform District Attorney Larry Krasner will carry forward his progress if elected to a second term.

So who do you vote for, well that decision is up to you? These two men are the different sides of the same coin. They both love this city so much that it is clear and they both want it safe they just have different policy ideologies. A prosecutor and a reformer.

Personally, I wish they could work together since their strengths seem to be each other’s weaknesses, but their intense aggression towards each as seen during the debate makes that outcome seem unlikely. For more from each candidate, both campaign websites will be listed down below.

The Philadelphia Primary will be held May 18th with Mail-in voting applications due May 11th. Pennsylvania is a closed primary state and you must be registered with a party to vote in this election.

Politics writer and avid Beagle supporter. Believes honesty and compassion lead to the betterment of society and words change the world even if it's only one "love". Corny but with some POP, all-around a young man who just wants to help.