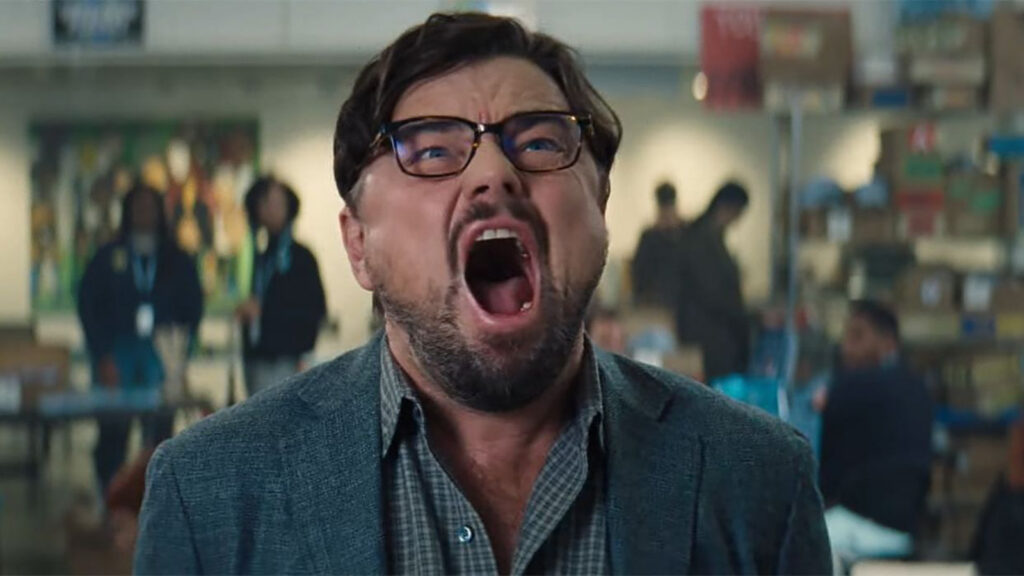 There is a problem with the Oscars. Not only are the Oscars notoriously known for being #AllWhiteOscars, but also the best picture nominees always tend to be films that don’t necessarily appeal to the masses – film lovers and casual film viewers alike. This year is no different. When the Best Picture nominees were released, the film viewer community was understandably and arguably upset that their favorite movie didn’t make the cut. To the film lovers, numbers don’t lie – and there were many movies who bought in tons of money. However, to the Academy, they don’t seem to care about that– and maybe that’s the problem.

I will admit. I am a part of that group. The group saying the Academy needs to do better. The beautiful thing about art is that there is more than one type of beautiful. An Oscar nominee film doesn’t look just one way – yet it seems the Academy is stuck in their box. And I wanted to figure out why. Why is the Academy so determined to not expand their taste buds? To figure that out, I personally decided to hop in their box with them this year. I stepped outside of my box and join the Academy in theirs. Therefore, I watched all 10 best picture nominees, so you didn’t have to.

The Power of the Dog 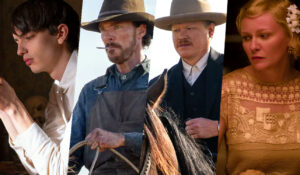 Heading into the big night with 12 nominations, this story focuses on two brothers, Phil and George. Directed by Jane Champion, the movie tells the tale of Phil (Benedict Cumberbatch) who takes a special interest in the son of widower Rose (Kirsten Dunst) who just married George (Jessie Plemons). Exploring multiple themes of resentment, love, grief, and sexuality, the movie does a great job at leaving the viewer guessing. Nothing is never outright said in the movie. That is left up to the viewer to decide how they feel and, in each scene, that opinion may change. While there were parts, specifically the end, where I asked myself “what am I watching”, I do think that was the point. The slow burn, not really known in Westerns, takes center stage in this film. However, I discovered that, in my opinion, turns out to not be my favorite.    Grade: B- 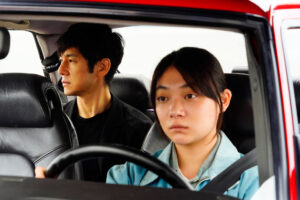 A deeply personal story about grief, love, and acceptance, Drive My Car was one of my favorites. Now, honestly, when I first heard that it was 3 hours, I immediately felt the weight of that daunting task before me.  However, I do think the movie earned every bit of those minutes. The film follows Japanese film director Yūsuke Kafuku as he grapples with the sudden death of his wife while directing a multilingual production of Uncle Vanya. The movie is worth the watch just simply for its intimacy. Every scene felt personal and quiet which makes it stands out from the other nominees. After the surprise win of Parasite at the Oscars in 2020, I would not be surprised if this movie comes out on top of the other nominees either.  Grade: A- 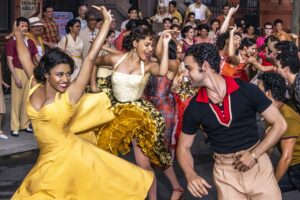 A re-imagining. That is what West Side Story is. Steven Spielberg takes the classic tale and does what many re-imaginings fail to do – keep the heart of the original while simultaneously making it feel new. Anchored by the stunning performance of Ariana Debose, who is a nominee for a well-deserved Best Supporting Actress, West Side Story was simply put – pretty great! Will I say it was my favorite of the nominees, no. However, the movie was visually beautiful, the songs were beautifully sung, and the acting was heart-wrenchingly grounded. The film did what it needed to do.  Grade: B+

Streaming on Disney + and HBO Max 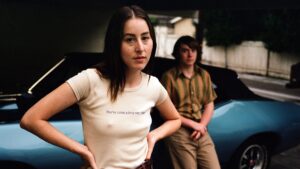 Within the first scene, I knew I would like this movie. It was outright charming and features a favorite trope of mine – friend to lovers. Simply a warm, coming of age story, Licorice Pizza captures the viewer from the beginning. This sounds amazing right? Well, I’m not done. As quickly as I realized that I really like this movie is as quickly that I realized the movie should never have been made. The two leads – Gary Valentine (Cooper Hoffman) and Alana Kane (Alana Haim) – are 15 and 25 respectively. Yes, you read that right. The friend to lovers is between a 15-year-old boy and a 25-year-old woman. Maybe they wanted us to question why this 25-year-old woman was hanging out with a 15-year-old. Heck, even in the movie, Alana questions that herself. However, that doesn’t change anything.  All the writers had to do was make them 2 consenting ADULTS, but no. I questioned how the movie even got approved to be made. Then to make matters worse, it went on to become a contender for an Oscar. I’m still baffled by this. Hollywood do better. (I don’t condone underage relationships).    Grade: F 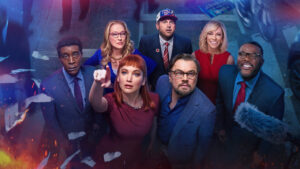 A political satire, Don’t Look Up follows a group of scientists trying to tell the world of a comet that is about to destroy the planet. I was the most surprise this film made the nominee cut. It has the lowest Rotten Tomatoes score of the nominees, sitting at a 56%, even though the cast is stacked with Hollywood’s most elite. But I think that is the reason it was nominated. With a cast like this, automatically the movie gets a seat at the table. However, unfortunately, it doesn’t live up to the name drops. While funny at certain points, the joke goes on for just a little too long. 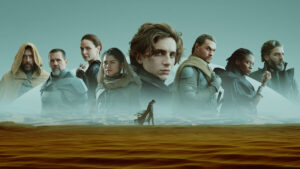 The most visually stunning movie on this list, Dune was a sci-fi hit that became Warner Bros highest grossing film of 2021. Starring Timothee Chalamet and Zendaya (for all of 7 minutes), Dune feels less like a complete work, and more like a set up for the next film – and there is going to be a next film. I enjoyed the film, but I like I said before I don’t love the slow-burn in a movie. To me, Dune was the ultimate slow – burn and I can only hope the next film picks up the pace a little bit. However, with excellent acting and the knowledge that there will be more, the movie was overall enjoyable.   Grade: B- 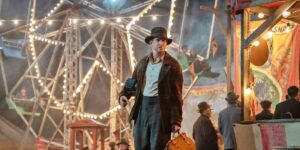 An adaptation of the novel of the same name, Nightmare Alley described in one word would be – wild. It was a psychological thriller about a con man, played by Bradley Cooper. While I do think the movie spent too much time on the background of the con man, overall, the movie was thrilling. Gorgeous production design along with excellent performances puts Nightmare Alley near the top of my list. One of my favorite things in movies is not being able to guess what is going to happen next and this movie did just that for me. I was intrigued the whole way through as the film examined the monstrous nature of man. Grade: B+ 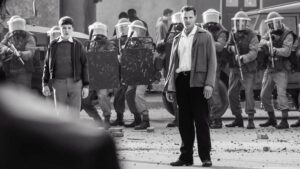 Director Kenneth Branagh (Cinderella, Murder on the Orient Express, Artemis Fowl) takes us on an intimate journey through this semi-autobiographical tale about his life in Belfast. Set in black and white, the film follows a young boy growing up during the beginning of the Troubles in 1969. The Troubles was the political upheaval between the Protestants and the Catholics and lasted through 1998. Belfast captures the seriousness of that conflict while contrasting it with the coming of age story of this young boy. Do I believe the movie needed to be black and white? No. Was it boring at certain parts, yes. But it was at least watchable. Not my favorite, but still charming while telling the story of a young boy saying goodbye to innocence.  Grade: C 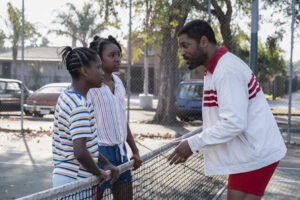 It’s easy for people to think this movie is just another biopic in a world full of biopics – but King Richard was so much more. With career best performances by Will Smith, Saniyya Sidney, and Aunjanue Ellis, playing Richard Williams, Venus Williams, and Oracene Price respectively, the movie was one of my favorites of 2021. It is a moving and inspiring tale of love – love of family and love of the game of tennis. We know Serena and Venus as the world’s best players, but they were so much more and their father, Richard played a huge part of that. Showing what is like to be black women in a predominately white sport, King Richard shows exactly what resilience looks like. It has that it factor that some of the other nominees lacked.  Grade: A- 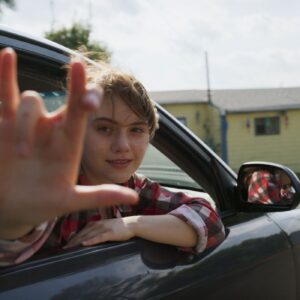 I am going to be honest – I absolutely want CODA to win. I loved every piece of this movie and I wanted more. A delightful tale while being an absolute tearjerker. However, it earned every one of my tears that fell down my face (which, by the way, was 3 times during this movie). CODA is seen through the eyes of Ruby, the only hearing member of her family. She is grappling with the decision to stay with her family and help with the business as they operate in a hearing world or leave and follow her dreams. My empathetic nature kicked in and all I wanted was for Ruby to win and be happy – whether that was at home or off following her dreams. And maybe, to me, that is the mark of a truly amazing movie.  Grade: A+

So, like I said earlier, I watched all 10 nominees, so you don’t have to. But maybe after reading this review, you are curious about one or two of them. I stepped outside my box and discovered some truly amazing films in the process. I am going to challenge you to do the same. If you still aren’t convinced, the only thing left to say is…

Watch the Oscars on March 27 on ABC to see who takes up the Oscar for Best Picture.