Family and friends have identified the victims shot in the Kenosha riots. The sole survivor was a volunteer medic for the Black Lives Matter protests in Milwaukee over the summer.

Among the victims is a local dad of Kenosha who was brutally shot in the head by an alleged vigilante militia teen. Joseph Rosenbaum, 36, had only resided in Wisconsin for a year and leaves behind a fiancé and young daughter.

“May you forever be with the angels and rest easy bro. I love you,” his sister wrote on Facebook.

Anthony Huber, 26, was the second named in the riot shooting. He succumbed to his injury caused by a gunshot wound in the chest. It’s reported that Anthony was attempting to disarm the suspected shooter with a skateboard when he was shot. 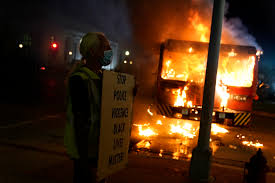 The sole survivor of the massacre has been identified as 26 year old Gaige Grosskreutz. Grosskreutz was blasted in the arm by the alleged vigilante militia teen Kyle Rittenhouse, a 17 year old residing across state lines in Illinois.

A volunteer medic for Black Lives Matter protests in Milwaukee over the summer, Gaige Grosskreutz has been described by the leader of the Milwaukee protest as a “caring person.” Khalile Coleman goes on to say, “He has been consistent and stayed steadfast with the protest even to this day.” 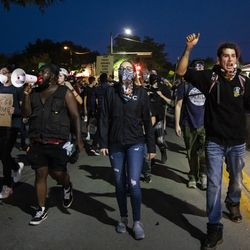 An online fundraiser has been established to help raise $50,000 to cover Grosskreutz bills for the multiple surgeries needed to save his arm since he doesn’t have medical insurance.

Kyle Rittenhouse is facing two felony charges of homicide and a felony attempted homicide charge. Court records also show he is being charged with possession of a dangerous weapon while under 18.

The question being asked by many is, “why didn’t anyone arrest Rittenhouse that night of the bloodbath?” Although Wisconsin is an open-carry state, children under the age of 18 are not allowed to open carry.