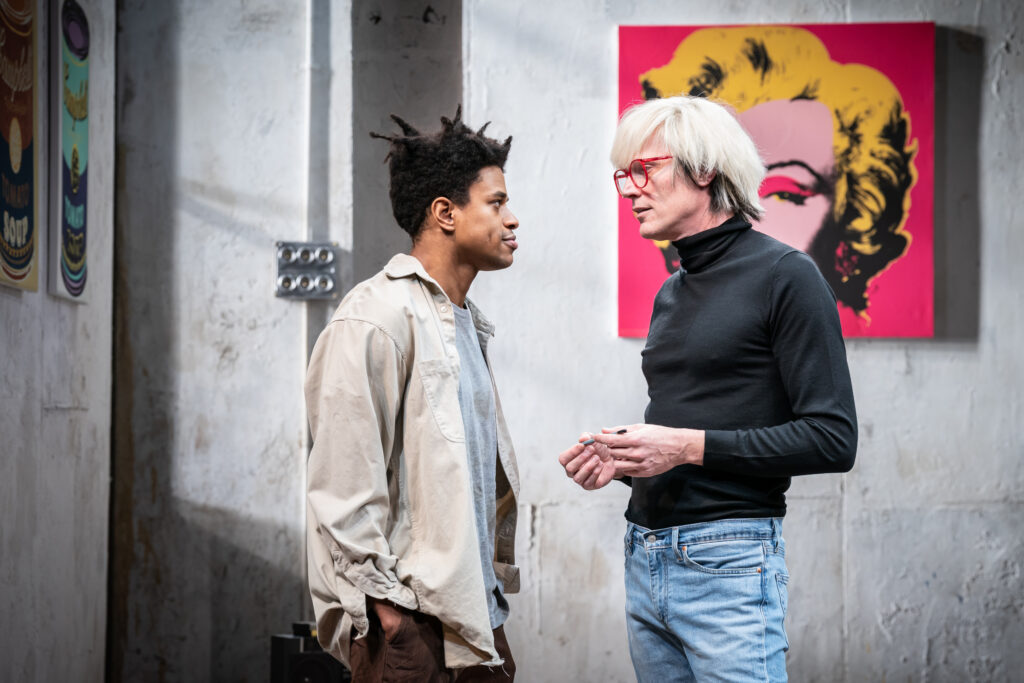 ‘The Collaboration’ Comes to Broadway!

When Pop Art meets Neo-Expressionism it creates a unique story. Through brush strokes and spray paint, we discover the unique relationship between the most influential artists in the play ‘The Collaboration’.

If you are a fan of the arts and Broadway, this may be the show you’ve been waiting for. Who would’ve thought there would be a day when we could sit in the front row to watch it unfold?

‘The Collaboration’, is a play based on the relationship between Andy Warhol and Jean Michel-Basquiat. Set in New York in the Summer of 1984, writer Anthony McCarten dives into the rise and fall of these two artists and their unique friendship.

Jeremy Pope is best known for the role of Eddie Kane in the Broadway play “Ain’t Too Proud”. Pope is no doubt and accomplished actor and entertainer. it will be fascinating to see his portrayal of Jean Michel-Basquiat in ‘The Collaboration’.

Paul Bettany ( a Marvel favorite), is best known for voicing J.A.R.V.I.S. and playing the lovable character “Vision” in the highest-grossing movie franchise of all time “The Avengers”. You may also remember him from his classic films such as: “A Beautiful Mind”, and “The Da Vinci Code” (alongside Tom Hanks).

‘The Collaboration’ writer, Anthony McCarten’s written work expands from theatre to screen. McCarten’s received many awards for his box office hits, such as “Bohemian Rhapsody” and “The Darkest Hour”. McCarten collaborated with Kwame Kwei-Armah as the artistic director.

Kwei-Armah’s interest in Jean Michel-Basquiat was undeniable. However, his liking for Warhol did not begin until he joined ‘The Collaboration’ and acquired his diaries. By examining his writings and images, we are able to gain a greater understanding of Jean-Michel Basquiat’s beginnings.

A film adaptation of ‘The Collaboration’ is currently in pre-production as of March 10, 2022, according to IMDB.com.

This adaptation will be very interesting to watch. We’ve seen countless images and paintings depicting their friendship. It has generated online speculation and views on how close they were.

Overall, McCarten’s and Kwei-Armah’s first look into the life of Warhol will give a clearer idea of their involvement and also allow us to see into the vulnerable side of both artists and the origin behind some of the most iconic canvases. So, for those is who love these two brilliant icons get ready!